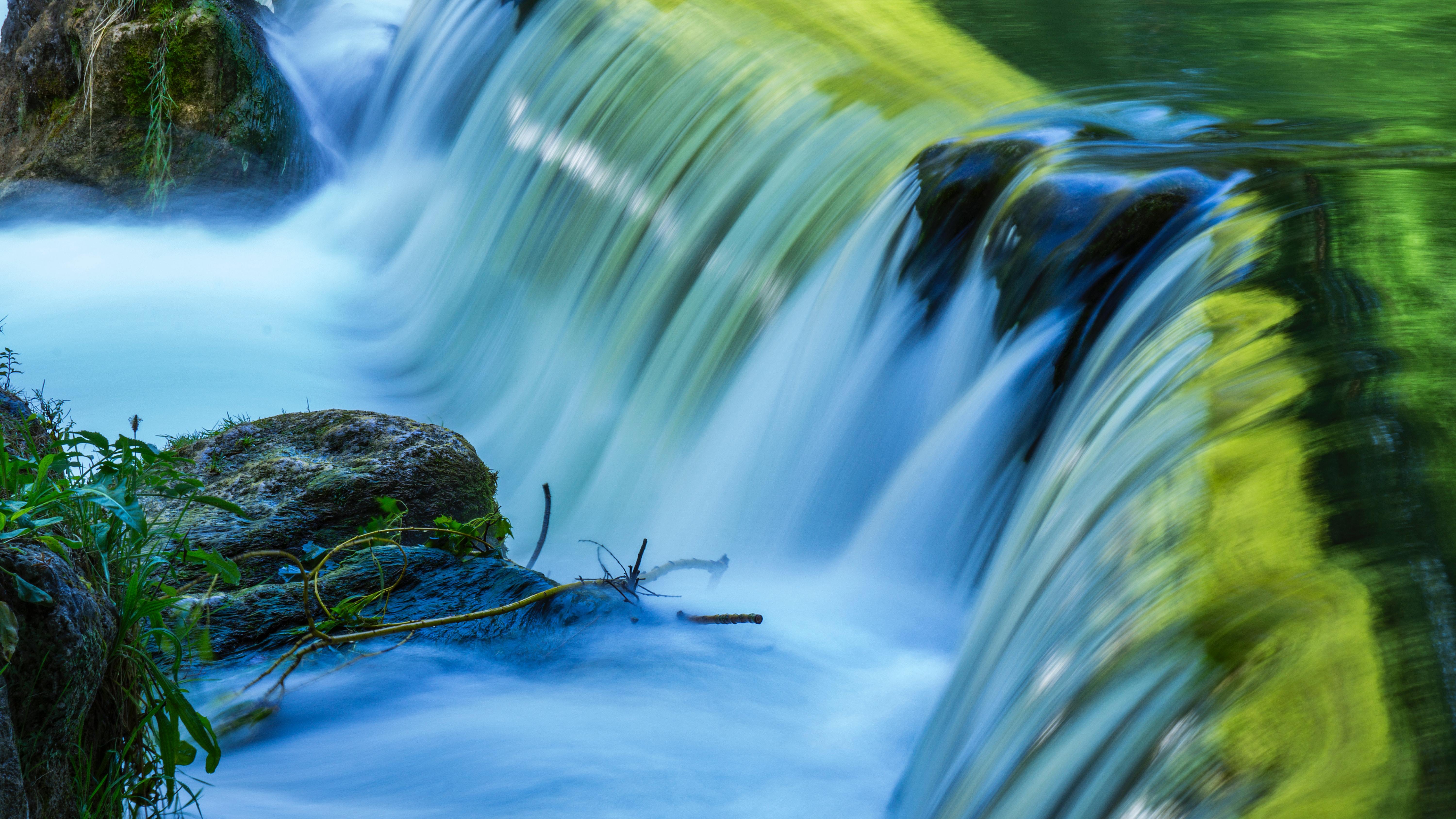 Investing in bankruptcy claims can be very profitable or can result in a significant, or even total, loss.

Bankruptcy claims are a creditor’s right to payment from a debtor. A bankruptcy claim can be secured by the debtor’s property or can be unsecured. Claims are classified in chapter 11 plans of reorganization according to their relative rights against the debtor. The recovery of a given class of claims will depend on the aggregate value of the debtor’s assets remaining after distributions have been made to more senior classes in accordance with the waterfall of distributions in the plan of reorganization. A particular claim often will recover a pro-rata percentage of the aggregate distribution to the class in which it sits, with the numerator being its allowed claim amount and the denominator being the sum of all allowed claim amounts in the class.

Because of the uncertainty of the amount of distribution and the time the bankruptcy process will take, many creditors are willing to sell their claims against a debtor to an investor for a cash payment. The investor may be interested in purchasing a bankruptcy claim for many reasons. The investor may be seeking to purchase several claims in a bankruptcy case to influence the overall restructuring of the company. It may be purchasing other debt positions as part of an investment strategy or it may just view the claim in the particular case as a good investment. Regardless of the reason, the investor will pay the seller a discounted price for the claim and will take over the creditor’s rights against the debtor and will receive whatever the distribution is on that particular claim.

A misjudgment or misfortune with respect to any one of these can wholly undermine an otherwise sound investment decision.

Recovery Risk: What will the Debtor Distribute to Your Class of Creditors?

Recovery risk is the risk that a class of claims will be paid less than anticipated. This could happen because the debtor realized less than projected for its assets, the bankruptcy process was longer and more expensive than planned or expected, or the class of claims received less preferable treatment than expected.

In the Delphi bankruptcy cases[i], for instance, the debtors realized far less than anticipated for their assets. Early in the cases, general unsecured creditors of the Delphi debtors were expected to receive distributions of close the full amount of their claims. However, the cases dragged on, and the financing expected to fund distributions to creditors under a chapter 11 plan evaporated as the company’s valuation plummeted in the economic downturn of early 2008. Holders of general unsecured claims ended up with only a single-digit percentage recovery. All might have been different had the plan become effective earlier.

By contrast, in the Visteon bankruptcy cases, where the debtor’s collective enterprise valuation was revisited multiple times, estimations of recoveries for holders of unsecured claims rose from zero to about 50%. Similarly, early in the Lehman Brothers chapter 11 cases, claims against the Lehman debtors were trading in the single digits. Ultimately the disclosure statements approved in the cases estimated recoveries to fall between close to 20% and the high 20’s (depending, in part, on the particular debtor and the precise classification) – with some claims even ‘double-dipping’ for recoveries against multiple debtors for the same claim.[ii]

How can a class of claims receive less favorable treatment than anticipated, when the plan sets the terms of the treatment? In the Charter Communications bankruptcy cases — a large corporate case with a multi-level corporate and capital structure – the recoveries for holders of certain senior claims against certain affiliate debtors were arguably diminished because the court applied a valuation of the total enterprise (rather than of each affiliate debtor separately) in the context of confirmation.

Notional amount risk is the risk that a bankruptcy claim receives less than similar claims in the same class. This can occur if the claim is found to be invalid in part or in whole, or because some disability of a prior holder of the claim (including perhaps the entity you purchased it from) is applied to disallow the claim. Claims are reviewed and challenged in the claims resolution process, which often takes place after confirmation of the plan of reorganization. A claim may be objected to on one or more of any number of grounds (see below) and negotiation and/or litigation may ensue.

The potential damage from a failure to address notional amount risk can be illustrated by the following example. Assume an investor purchases a $100m claim for $30m and expects a total recovery between 35% and 40%, for an upside of $5m to $10m. Assume further that – as a surprise to the claim investor — the debtor disputes the claim amount and the parties after some litigation agree to allowance of the claim at $70m. At this point, the claim investor has paid 43% of the new face amount of the claim, and his expected upside has vanished (plus he is forced to absorb the costs of litigation).

Through the claims resolution process, a claim may be disallowed (or allowed in a reduced amount) because, for example, the debtor’s books and records indicate a lower amount, or because the debtor is found to have had the right to set off against the claimed amount a debt owed by an earlier holder of the claim to the debtor. A claim also may be subject to disallowance because a prior holder or the current holder of the claim received a preferential transfer from the debtor, or may be subordinated (to other claims of its class) because an earlier holder or current holder of the claim behaved inequitably. A claims purchaser may address this notional amount risk by performing more thorough due diligence before purchasing the claim or by negotiating for effective representations and warranties, indemnities, and other protections in the claims purchase contract.

Counterparty Credit Risk: Can the Claims Seller Make You Whole?

Counterparty credit risk, the third risk factor to consider, can arise when a claim purchaser must look to its seller for indemnification for breaches of representations and warranties under the claim purchase contract or when distributions from the debtor’s estate have been directed to the claim seller as the record holder of the claim. If the seller itself becomes insolvent or the subject of a bankruptcy case, the purchaser may lose all practical recourse against it for breaches of the claim purchase contract or for claim distributions directed initially to the seller as the record holder.

Investors looking to make a play in the bankruptcy claims markets can seek to minimize the risks described above through appropriate factual and legal diligence. Factually, investors need to discern the status of the bankruptcy case, and where it could be headed. It is also prudent to understand how the debtors’ corporate structure and intercompany claims and guarantees may increase or dilute a particular claim’s recovery. Further, it is important to examine the original holder of the claim, and what, if any, defenses or objections the debtor might have against that claimant and the claim. Finally, with an understanding of the risks posed by a claims purchase, the bankruptcy claims investor should carefully negotiate the claims purchase transaction documents to protect itself from these risks and maximize its investment

[Editor’s Note: To learn about related topics, you may wish to attend the following webinar: Bankruptcy Claims Trading. This article is an update of an article originally published in August 2013.]

[i] The bankruptcy of a large company like Delphi usually takes the form of several or many bankruptcy cases, one for each debtor-affiliate involved in the overall enterprise. Thus, there are the Delphi cases, the Visteon cases, and the Lehman cases, each with multiple chapter 11 debtors.

[ii] A “double-dipping” claim is a claim that can recover from multiple debtors, e.g., there is a right to payment against one debtor as principal obligor, and a second right to payment from an affiliated debtor, either as guarantor or co-borrower. “Double-Dipping” is relatively rare for general unsecured claims, though secured lenders’ claims are often against each of the main debtor’s subsidiaries and co-borrowers under a credit agreement and often benefit from affiliate guaranties.

Lawrence V. Gelber is a partner in the Business Reorganization group of Schulte Roth & Zabel LLP, practicing in the areas of distressed M&A and financing, corporate restructuring, creditors’ rights, debt and claims trading, and prime brokerage insolvency/counterparty risk, with a focus on representation of investment funds and other financial institutions in distressed situations. His…

Erik Schneider practices in the areas of bankruptcy, corporate restructuring, distressed investment and creditors’ rights. He represents secured and unsecured creditors, debtor-in-possession lenders, acquirers, plan sponsors and others in complex Chapter 11 cases and out-of-court restructurings. He also advises investment funds in bank debt and bankruptcy claims trading matters, including the drafting and negotiation of…

Opening the Kimono: Operational and Financial Reporting Obligations at the Outset of a Chapter 11 Case December 6, 2019
When a Seller of Real Property Files for Bankruptcy Before Closing August 23, 2019
Advertisements