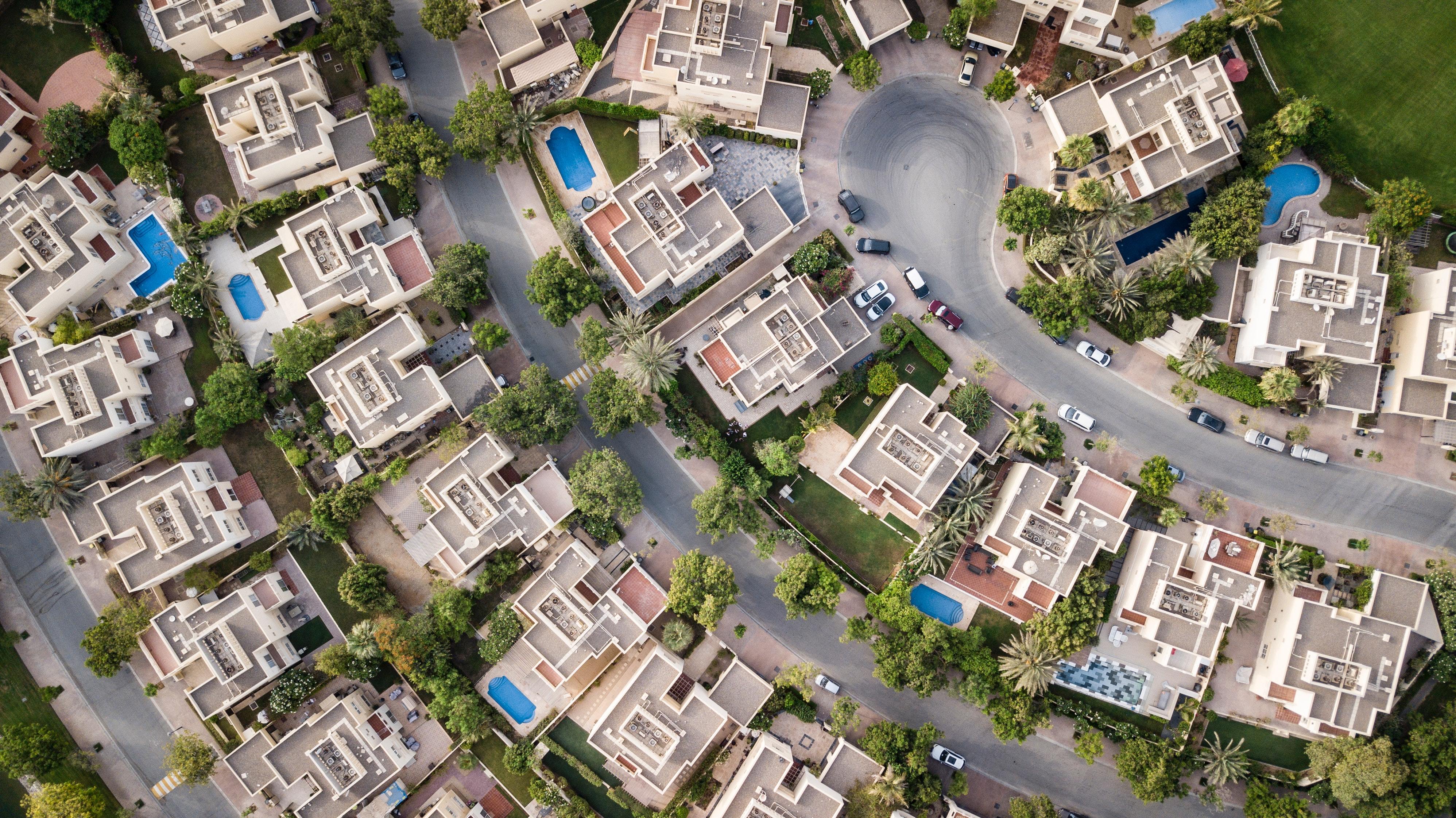 How Will the Claims Trading Industry React?

When a debtor files for Chapter 11 or Chapter 7 bankruptcy, often a creditor’s only remedy is to wait for a sale or reorganization, the claims resolution process and other actions to be taken before the debtor or trustee can make distribution on the claim. Unsecured noteholders often do not want to wait for the resolution of a bankruptcy case to be paid. Sometimes, they are willing to take a discount on the amount of their claim in order to receive payment now. The emergence of the claims trading industry has provided that liquidity option.

Sophisticated claims traders have developed a cottage industry of purchasing creditors’ claims before a Chapter 11 plan confirmation, providing the creditor with immediate cash and certainty in exchange for a discounted recovery. Selling notes or other claims isn’t for everyone. Most creditors still hold their notes and get as much as the bankruptcy case entitles them to, even if it takes longer. But the option of immediate liquidity at least expands creditors’ choices.

On the flip side, some have been wary about claims trading in bankruptcy. Claims traders might not have the same motivations as the original creditors. In re Figter Ltd., 118 F.3d 635, 639 (9th Cir. 1997). In extreme cases, trading could be used to amass a blocking position in a bankruptcy case, or at least a significant enough position to earn a “seat at the table” that original creditors did not have.
Limiting the Claims Trading Market

The Delaware District Court’s recent opinion, Contrarian Funds, LLC v. Woodbridge Group of Companies (In re Woodbridge Group of Companies, LLC), 2019 WL 4305444, is noteworthy because it will likely curtail the claims trading market for notes that contain an anti-assignment clause. The District Court’s opinion affirms a Delaware Bankruptcy Court opinion, 590 B.R. 99 (2018), disallowing a proof of claim filed by Contrarian Funds, a claims purchaser, because the notes contained an anti-assignment clause.

Neither this Note, the Loan Agreement of even date herewith between Borrower and Lender, nor all other instruments executed in connection therewith (collectively, the “Collateral Assignment Documents”) are assignable by Lender without the Borrower’s written consent and any such attempted assignment without such consent shall be null and void.

In addition, the loan agreement executed between the parties also contained an anti-assignment clause that provided:

This Agreement shall be binding upon and inure to the benefit of the parties hereto and their respective successors and assigns, provided, however, that Lender shall not assign, voluntarily, by operation of law or otherwise, any of its rights hereunder without the prior written consent of Woodbridge and any such attempted assignment without such consent shall be null and void[.]

Power vs. Right to Assign

One of the key issues the court faced was whether these clauses restricted the power of the noteholders to assign the notes, or just their right to assign. The answer turns on the words used in the notes. Where the notes restrict the power to assign, then any purported assignment is simply void. But if the notes only restrict the right to assign, an assignment will be valid and enforceable. In that case, the assigning noteholder has breached the notes by assigning them, which may, under the facts and circumstances, give rise to a claim.

The District Court opinion largely adopted the Bankruptcy Court decision below, which held that for a contract to restrict the power to assign, the contract must clearly state that any potential future assignment will be void. If the contract does not contain that type of language, then only the right to assign is prohibited. The District Court noted that the anti-assignment clause at issue clearly prohibited assignment of the notes absent consent, stating: “any such attempted assignment without such consent shall be null and void.”

On appeal, Contrarian, the purchaser of the notes, argued that the language of the anti-assignment provisions only prohibited transfer of the notes, the loan agreement, and the accompanying rights. It did not prohibit assignment of any “claims or causes of action for damages.” Stated differently, Contrarian was arguing that the claim could be transferred, even if the note evidencing the claim could not. Citing the Restatement (Second) of Contracts § 322(1), Contrarian argued that because the notes and loan agreement did not specifically mention a prohibition of assigning the claims Contrarian was asserting, assignment of these claims was not prohibited. The District Court found this section of the Restatement only applied to the “sale of goods.” A note, loan agreement or similar instrument is not a “good”; therefore, this section did not apply.

Citing a different section of the Restatement, the Court noted that an anti-assignment provision does not forbid assignment of a right arising out of the assignor’s “performance of his entire obligations,” unless “a different intention is manifested.” Restatement (Second) of Contracts § 322(2). The Court found that the parties clearly manifested an intention to prohibit assignment of these claims by including language in the notes, in the loan agreement, and in a cross-reference between the two. Thus, these clauses appropriately forbade the power to assign, and any assignment of a “claim” or “cause of action” would necessarily be null and void.

Alternatively, Contrarian argued that, in failing to pay principal and interest due under the notes, the Debtors breached the agreements, and therefore could not enforce the anti-assignment clauses contained within the agreements. The District Court rejected this argument, agreeing with the Bankruptcy Court that “the Debtors’ breach does not permit the [noteholders] to ‘emerge post-breach with more rights than they had pre-breach.’” The Debtors’ breach entitled the Noteholder to either affirm the contract and seek damages or disavow the contract — not both. Contrarian’s argument amounts to an attempt to impermissibly do both.

Finally, Contrarian asserted that the anti-assignment clause was unenforceable because the Uniform Commercial Code invalidates a contractual provision that requires consent of the maker before assignment. UCC § 9-408(a). However, this provision of the UCC “applies to a security interest in a payment intangible or promissory note . . . only if the security interest arises out of a sale of the payment intangible or promissory note. . .” UCC § 9-408(b).

According to Contrarian, the purchase of a promissory note is always a “security interest” and therefore is subject to UCC § 9-408. The District Court disagreed, stating that there is no such bright-line rule. Since Contrarian did not lend any money to the original noteholders for which the repayment obligation was secured, Contrarian did not hold any security interest in the notes. And because the UCC provision only applies to transactions granting or transferring a security interest in promissory notes, not outright sales of promissory notes, the UCC provision was inapplicable to the transaction and did not render the anti-assignment clause unenforceable.

Claims Trading as a Whole is not Prohibited

Woodbridge does not prohibit the trading of most types of claims. Indeed, it only affects the trading of claims of notes that contain an anti-assignment provision. Indeed, it only affects notes containing a specific type of anti-assignment provision restricting the power to assign. If the notes purport to restrict only the right to assign, Woodbridge does not apply.

Indeed, only one day after the Woodbridge opinion was issued, the Delaware Bankruptcy Court noted (without actually ruling) in a different case that a claims trader likely had an enforceable claim because it purchased claims from a creditor whose contract simply said that the claim was “not transferable,” but did not state that any attempt to transfer is void. See In re SRC Liquidation, LLC, Case No. 15-10541 (BLS) (Bankr. D. Del. Sept. 12, 2019).

As a result, a claims trader still might be interested in purchasing claims that contain such a provision. However, the noteholder should consider whether it is advisable to assign its claims under such circumstances because while the assignment might not be void, it still would subject the noteholder to a claim that it breached the terms of the note by making the assignment. See, e.g., id., slip op. at 12 (“Mar-Bow’s purchase of the claim may have generated a breach of contract action against the original claimholder.”) The immediate liquidity provided by such a claims trade might not be worth the risk of a claim for breach of the notes.

In any event, because it sometimes is less than clear whether a given anti-assignment clause restricts the power to assign or the right to assign, it is foreseeable that claims traders will be reluctant to purchase claims with any type of anti-assignment provision. Claims purchasers may be wary unless the language of the provision is very clear that the right to assign is not restricted, or unless the noteholder provides the claims purchaser with rights, such as indemnification or a repurchase obligation, that the seller is unlikely to find attractive.
As a result, Woodbridge likely will affect the market of claims trading and must be considered in future trading of notes.

[Editor’s Note: To learn more about this and related topics, you may want to attend the following webinars: Bankruptcy Claims Training.]

Sarah Silveira is an Associate with Richards, Layton & Finger where she focuses her practice on corporate bankruptcy, bankruptcy litigation, corporate restructuring, and other insolvency matters. Prior to practicing law, Sarah spent six years as a statistician for three different federal agencies.

View all articles by Sarah »

Dealing with Corporate Distress 06: 4 Basic Chapter 11 Concepts to Know Before We Go any Further

Opening the Kimono: Operational and Financial Reporting Obligations at the Outset of a Chapter 11 Case December 6, 2019
Determining the Collateral Value of a Secured Claim November 26, 2019