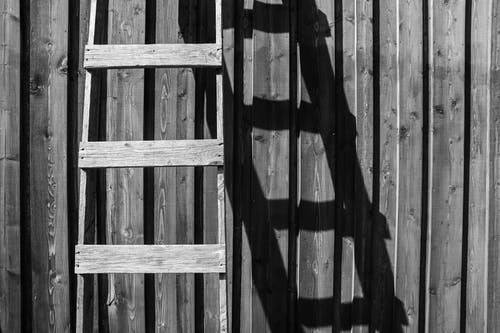 Revisiting the Jevic Case and the Absolute Priority Rule

It’s a familiar scenario: a highly-leveraged debtor files for traditional1 chapter 11 bankruptcy (as opposed to under Subchapter V of chapter 11) and substantially all of its assets are sold under Bankruptcy Code § 363. The lender is paid in whole or in part; either way there is not enough cash left over to fund a plan confirmation process.2

The sale of substantially all a debtor’s assets is obviously a significant event. It is not, however, tantamount to the end of a chapter 11 case. What is the debtor to do?

A debtor in this situation has two statutory options—conversion to chapter 7 or straight dismissal of the case. For their own reasons, the debtor, the lender(s), and a class of key stakeholders (e.g., the creditor’s committee, acting for the general unsecured creditors, or a sub-class of priority claims) may find either path unsavory.

What are Structured Dismissals?

Faced with these hurdles, creative bankruptcy attorneys developed a third path to address this situation: the structured dismissal. Structured dismissals share a typical set of facts: Following the sale of the company’s assets, the debtor, lender(s), and other key parties (e.g., the creditors committee and holders of of priority claims) strike a bargain in which the proceeds of sale are distributed to the settling parties as a condition to settlement and dismissal of the case, while at least one class of creditors in the priority scheme is skipped over and receives no distribution. Such structured dismissals arguably violate the absolute priority rule, in the sense that the settlement resulted in a senior creditor class “gifting” a portion of its entitlement to a junior class while skipping one or more intermediate classes of creditors. Courts that have approved structured dismissals that violated bankruptcy distribution rules have determined that dismissal on the terms proposed was in the best interests of the overall creditor body because at least some creditors were receiving a distribution, compared to the result if the case was converted to chapter 7 or merely dismissed without conditions.

This payment scheme is fixed absent a creditor or creditor class consenting to less favorable treatment.

The propriety of structured dismissals that deviated from the absolute priority rule reached the Supreme Court in 2017. In Czyzewski v. Jevic Holdings Corp., 137 S. Ct. 973 (2017), the Court concluded that the proposed structured dismissal should not have been approved over the dissent of an affected class of creditors because its proposed payment structure violated the absolute priority rule. The Court’s decision overruled the Third Circuit’s holding in the case of In re Jevic Holding Corp., 787 F.3d 173 (3d Cir. 2015).

There was precedent in the Third Circuit for structured dismissals that violated the absolute priority rule, and in this case, the circuit court upheld the bankruptcy court’s approval of a structured dismissal in which a dissenting class of WARN Act claimants with priority claims were forced to accept a deal that left them with no recovery while other priority claims and the class of general unsecured creditors received a distribution.

The appeals court first determined that the bankruptcy court had the power, under Section 349, to issue binding, post-dismissal terms when sufficient cause exists. The court further concluded that was no nefarious attempt to use the settlement agreement to circumvent a plan of reorganization process or chapter 7 conversion, and that a solicitation process to both prepare a plan and disclosure statement and gather votes from a creditor body to approve such a plan would have soaked up a considerable amount of the estate assets. Likewise, a conversion to chapter 7 would entail many of its own new costs, all to the detriment of the creditors as a whole.

Finally, the Third Circuit agreed that “specific and credible grounds to justify [the] deviation”5 from the absolute priority rule existed. The justification that the appeals court found compelling was that the priority portion of the WARN Act claim was substantial (over $8 mm) and would have significantly reduced payments to other creditors. In fact, absent the proposed structured dismissal, the only parties to receive a distribution would be the secured lenders.

The WARN class, frozen out by the Third Circuit’s decision, appealed. The issue before the Supreme Court was whether a bankruptcy court has the power to bypass the absolute priority rule to approve dismissals. Citing § 349(b), Justice Breyer stated that the “for cause” standard was “too weak a reed upon which to rest so weighty a power.” The Court noted that certain well-established bankruptcy requirements militate against the bankruptcy court’s approval of dismissals that violated the absolute priority rule—in particular, that the absolute priority rule must be followed in chapter 7 cases, a chapter 11 plan cannot be confirmed over objections from senior creditors, and the parties requesting a dismissal must have consent from each senior priority creditor. The Court contended that abiding by the absolute priority rule fostered predictability for all parties, which in turn fostered a reduction in the cost of resolving chapter 11 cases. Bargaining by and between classes of creditors would be simpler and more straightforward.

Finally, the Court prohibited the use of “rare exceptions” that would allow the bankruptcy court to ignore creditor priority for other equitable reasons. The Court argued that these rare exceptions would create more uncertainty, causing the exceptions to become the rule.

Post-Jevic, the absolute priority rule is here to stay, much to the relief of secured creditors and claim purchasers. However, Jevic doesn’t forbid structured dismissals, so how have they fared in the aftermath of Jevic?

The author is aware of structured dismissals being approved or disapproved in the wake of Jevic, and as of this writing, over 30 published opinions have cited to Jevic. However, none of the published opinions (as of this writing) that cite the Jevic case have done so in order to approve, or not, a proposed structured dismissal. For example, in In re Claar Cellars LLC6, the court discussed Jevic in the context of whether Jevic prohibited interim cash collateral distributions made during a case that may violate the absolute priority rule (the answer is, no). The district court in In re Constellation Enterprises LLC7 discussed the bankruptcy court’s decision not to approve a structured dismissal in the wake of Jevic, though the issue appealed to the district court was standing, not the propriety of the bankruptcy court’s decision on structured dismissal.

These decisions, and others, can be found at The Jevic Files, an archive created by The Bankruptcy Protector to document the decisions made by courts that have referenced Jevic since its publication in 2017.

[Editors’ Note: To learn more about this and related topics, you may want to listen to the following webinars:

We also recommend the following resources: (1) to learn more about Jevic and its progeny, see The Jevic Files, an archive created by The Nelson Mullins Law Firm to document the decisions made by courts that have referenced Jevic since its publication in 2017; (2) DailyDAC’s Priority Ladder, The Order of Claims in Bankruptcy: Absolute Priority Rule, Structured Dismissals and More, and Valuation: The Pillar of Corporate Restructuring]

Mark S. Melickian is a partner at Sugar Felsenthal Grais & Helsinger LLP in Chicago, and is head of the firm’s Restructuring, Insolvency, and Special Situations group.

View all articles by Mark »

Previous Article Dealing with Corporate Distress 09: All About “Claims” in Bankruptcy Next Article 90 Second Lesson: Early Warning Signs of a Troubled Loan