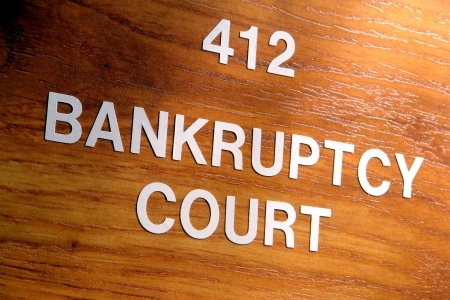 A written tour of business bankruptcy and its alternatives.

This is the latest in the series, Dealing with Distress for Fun & Profit, which you can read from the beginning if you like.  In this bat-installment, we turn to what is, theoretically, one of the most important parts of any chapter 11 case: confirming a chapter 11 plan.

Chapter 11 Plans Are Not Always in the Cards

Notice our use of the word “theoretically” above?  That is because in many chapter 11 cases there never is a plan. Some cases get dismissed. Others get converted. A dismissal or conversion is not necessarily a failure.  Like so many things in life, it depends.

If you are the senior secured lender who came into the case seeking to maximize the sale price for your collateral and you want to use some of the powers of bankruptcy to do that, then you may not care at all whether a plan is ever confirmed. Indeed, you may prefer that one not be confirmed at all.  But that’s a topic for a different article.

At its Core, a Chapter 11 Plan is a Lot Like a Contract

At its most basic level, a chapter 11 plan is much like a multi-party contract that binds the various interested parties to specific treatment based on their class of claims against or interests in the bankruptcy estate. There are, however, methods by which a plan can be confirmed over the non-agreement of some parties. This is what cramdown is. For more about cramdown, you can read Cram Down: An Impaired Class of Claims Says “No” But the Plan is Confirmed Anyway.

Chapter 11 plans come in all shapes and sizes.

A major way to distinguish between chapter 11 plans is by reference to the level of agreement there is (or is not) about the plan immediately before the filing of the chapter 11 case:

In days of old (i.e. as recently as the early 1980s), liquidating plans were uncommon.  The title of chapter 11 of the Bankruptcy Code is, after all, “Reorganization.”

Times have changed. Today, debtors commonly seek and obtain authority to sell substantially all their assets by way of mere motion (the famous “363 motion”) and then distribute the proceeds of that sale under the terms of a chapter 11 plan- a liquidating plan.

In stark contrast are “plans of reorganization.” These are the classic chapter 11 plans that law students learn about, in which a true reorganization occurs.  That is, rather than the assets of the debtor being sold to a third party, prepetition stakeholders retain some significant interest in the company post-bankruptcy (that is, in the reorganized debtor). True plans of reorganization are the exception these days (except perhaps in the context of chapter 11 cases involving single asset real estate).

Anatomy of the Code’s Plan Provisions

Think of § 1129(a) as the place you want to start.  It refers in its various subsections to all of the other sections we discuss above. When it does that you should go review those sections.

Each subsection sets forth one requirement. Some are easily satisfied (and not litigated all that much) and some are not (and as a result are the subject of more litigation).

Before a plan reaches a confirmation hearing it must be put out for a vote (pursuant to § 1129(a)(8)).  If all the impaired classes accept the plan, then the plan is a consensual plan and the court will look at all the other factors under § 1129(a).  This should sound familiar (quoting ourselves from earlier in this article, “[t]here are consensual plans and non-consensual plans . . . What we are referring to here is whether the plan needs to be crammed down or not”).

Consensual or Cram Down?

Going deeper: if you are the plan proponent you should think of your options for each class as follows (excuse the redundancy, it is intentional):

There are other requirements that are worth understanding to be sure, but we are not going to do all your work for you! To learn more about the basics of bankruptcy, please read the other installments in this series.

[i]  We don’t particularly like this term, however, since it connotes a dire situation.  Don’t get us wrong- companies that file chapter 11 tend to be facing dire circumstances. But everything is relative. And while the vast majority of debtors file chapter 11 cases with a general goal in mind, few have the luxury of formulating—let alone seeking the agreement of stakeholders about—a specific chapter 11 plan before filing.  This fact alone does not necessarily make these situations more dire than others. [ii] In many, if not most, cases, the plan proponent is the chapter 11 debtor. But other parties may propose plans, including secured creditors, creditors’ committees, or other parties in the case. In some cases, the debtor may work jointly with one or more of these parties to propose a plan.

Opening the Kimono: Operational and Financial Reporting Obligations at the Outset of a Chapter 11 Case December 6, 2019
Advertisements