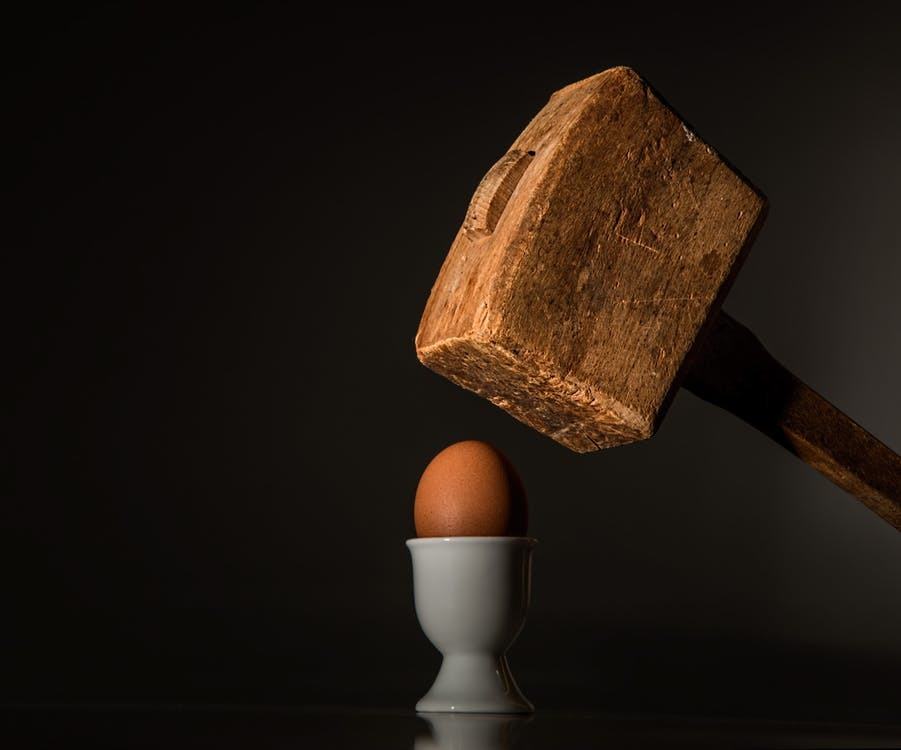 Kuney’s Corner – Cram Down: When the Creditor Says ‘No’

The Legal Requirements to Cram Down a Plan on Creditors

By filing a chapter 11 petition, the debtor seizes the initiative in proposing a reorganization plan—which is to provide how soon, in what amount and in what manner creditors’ claims are paid.[i] But a debtor does not necessarily get its way. A class of creditors who are not getting paid in full may reject the plan, which will prevent confirmation on a consensual basis. Ah, but the debtor may, by fulfilling additional requirements, “cram down” the plan on those creditors and win confirmation. Among parties represented by competent counsel, these rules help shape negotiations over the debtor’s plan from the get-go, perhaps creating consent by virtue of improved claims treatment. This article discusses in detail some of the main rules.

Only the debtor may file a plan of reorganization during the first 120 days after the petition is filed beginning the case [ii], and such plan must be accepted (after solicitation of and voting by creditors) “by each class of claims that is impaired under the plan” within 180 days after the petition is filed (the “exclusivity” periods). [iii] If an impaired class of claims does not accept the plan within the exclusivity periods, the debtor loses the initiative and another party, such as a secured lender or a creditors committee as representative of unsecured creditors, may propose a plan.

Section 1129(a) of the Bankruptcy Code governs consensual confirmation of a reorganization plan, and requires that the plan be accepted by each class of claims or interests, or else must leave the claims of non-accepting classes unimpaired.[iv] Generally speaking, a class is “impaired” if its legal, equitable, and contractual rights are altered by the plan[v], which includes claims receiving payment of less than their full allowed amount, i.e. getting a “haircut.”

Section 1129(a)’s Requirements That Apply to Cram Down

To determine whether a plan discriminates unfairly, many courts ask whether the discrimination has a reasonable basis and is proposed in good faith, whether the debtor can confirm the plan without the discrimination, and whether the degree of discrimination is proportionate to its rationale. For example, unfair discrimination was found in In re Aztec Co. when the debtor’s plan provided for the full payment of insider unsecured creditors while proposing to pay three percent of a lender’s (also unsecured) deficiency claim.[viii] On the flip side, in In re Creekstone Apartments Associates, L.P., the court confirmed the debtor’s plan even though it provided for only ten percent payment on an unsecured creditor’s claim while paying (separately classified) unsecured trade creditors in full, because the court found that the payment of trade creditors was necessary to maintain relationships with the debtor’s vendors that were critical to the reorganization’s success.[ix]

Other courts presume unfair discrimination in a plan which provides (1) a dissenting impaired class, (2) another class of the same priority, and (3) a difference in the plan’s treatment of the two classes that results in either a materially lower percentage of recovery for the dissenting class—measured by the net present value of all payments—or, regardless of the percentage of recovery, an allocation of materially greater risk to the dissenting class.[x] For example, in In re Barney & Carey Co., the plan provided for full payment of lenders’ (unsecured) deficiency claims while paying general unsecured creditors 15 percent; the court found that the “substantially greater” payment to the deficiency claim rendered the plan unfairly discriminatory and therefore unconfirmable.[xi] Similarly, the court found the debtor’s plan to be unfair in In re Cranberry Hills Assocs. Ltd. P’ship where, though all creditors would be paid in full, the plan provided for trade creditors to be paid in cash on the effective date of the plan while a (separately classified) deficiency creditor was to be paid over nine years without interest.[xii]

The fair and equitable tests for unsecured creditors ensure that they will be paid in full on a present value basis before any class junior to them is to receive anything at all. A plan is fair and equitable in its treatment of a dissenting unsecured class where either the claimant receives cash (or “property of a value”) equal to the allowed amount of the claim or no holder of a junior claim will receive any property under the plan.[xiii] A plan treats a class of equity interests fairly and equitably if it provides that each interest holder will receive or retain property of a value, as of the effective date of the plan, equal to the greatest of (1) the allowed amount of any fixed liquidation preference that the interest holder is entitled to, (2) any fixed redemption price to which the interest holder is entitled, or (3) the value of such interest, or, that the holder of any interest that is junior to the interests of the class will not receive or retain any property under the plan.[xiv]

In order for a plan to be fair and equitable with respect to a dissenting class of secured claims, it must satisfy one of three requirements. First, the plan may provide that the reorganized debtor will keep the collateral and that the class of secured claims with liens on that collateral will retain liens that secure distribution to them of the allowed amount of their claims.[xv]

Second, the plan may provide for the sale of the collateral—free and clear of the lien held by the dissenting class—subject to section 363(k) of the Bankruptcy Code. Once the sale under a plan is closed, the creditor’s lien attaches no longer to the collateral but instead to the proceeds of the sale to the allowed amount of its secured claim.[xviii] Section 363(k) provides that “unless the court for cause orders otherwise, the holder of such claim may bid at such sale” up to the amount of its claim.[xix] In the RadLAX Gateway Hotel, LLC case, the Supreme Court held that the credit bid right is a fundamental creditor protection when collateral is sold free and clear of the lien at issue.[xx]

For example, in In re Arnold and Baker Farms, the debtor’s plan proposed for the satisfaction of a secured claim by providing the creditor with a partial transfer of the real property that secured it.[xxiii] The court stated that, though a partial transfer in satisfaction of the entire claim may provide the “indubitable equivalent” of the claim, it only does so if it ensures the “safety of or prevent[s] jeopardy to the principal.” The court held that the property in question did not ensure the creditor’s safety because unfavorable market conditions subjected the creditor to the possibility that it would have to sell the property for less than the value determined by the court — the value of the claim. Because the transfer of the property did not constitute an “indubitable equivalent” of the creditor’s claim; the plan was not fair and equitable and could not be confirmed over the creditor’s dissent.

Threaten and Prove Cram Down to Achieve Consensual Confirmation

Cram down confirmation is easy to threaten, but harder to accomplish. The tests discussed above provide the structure for making and evaluating such a threat. The debtor’s ability to demonstrate, early on, to a dissenting impaired class that the debtor’s plan can satisfy the cram down requirements may “soften up” the class members and make a negotiated, consensual plan confirmation possible.

[Editor’s Note: To learn more about this and related topics, you may want to attend the following webinars: The Nuts and Bolts of a Chapter 11 Plan and The Nuts & Bolts of a 363 Motion. This is an updated version of an article originally published on March 12, 2014.]

[vi] The acceptance of this class is measured without taking into account votes to accept made by insiders of the debtor. 11 U.S.C. § 1129(a)(7).

[xiv] 11 U.S.C. § 1129(b)(2)(C). Because holders of interest are not entitled to a distribution unless unsecured creditors are paid in full, cram down plans rarely pay anything to holders of interests. Owners of a debtor may nevertheless retain ownership of the reorganized debtor – even when creditors are not paid in full — under certain somewhat controversial rules, a topic to be taken up in a future article on this site – ed.