A company’s “capital structure” is the array of its liabilities and equity. It is often described by the debt to equity ratio, which is the amount of total debt divided by total equity. Capital structure commonly consists of three main components: working capital (also known as operating debt), financing debt, and equity.

Does capital structure indicate a company’s value? Economists Franco Modigliani and Merton H. Miller famously (to MBA students) said, “No.” In 1958, they published an article in the American Economic Review with the grandiose title of “The Cost of Capital, Corporation Finance, and the Theory of Investment,” which remains a seminal work on corporate finance. Modigliani and Miller argued that in an efficient market, the value of a firm is not dependent upon its capital structure. Their view is often known as the “capital structure irrelevance principle.”

For distressed businesses, however, capital structure can be highly relevant, not only to company value but also to its ability to continue as a going concern. The key component is liquidity.  In a distressed situation, insufficient liquidity is kryptonite to an otherwise suitable capital structure.

Below we discuss how the lack of liquidity reflects and worsens two common capital structure issues—maturity matching and lease debt—and how a restructuring through a bankruptcy can help stabilize the liquidity-stressed company.

A long-standing conservative tenet in corporate finance is to match the maturity of debt to the life expectancy of the corresponding asset. To illustrate: consumers finance a home, a long-term asset, with long-term debt (a 30-year mortgage loan), and use the credit card (30-day debt) to pay for consumable purchases. At least we hope they do. Businesses would do well to adhere to similar practices.

Firms struggle when their declining cash flows (and expected returns) reduce liquidity and prevent them from amortizing their long-term debt according to the schedule negotiated with the financing source. The original long-term financing (real estate mortgage or corporate bonds) for a new plant may need to be restructured because of the company’s overall falling financial performance. If the company can convince itself that future interest rates will be low for debt carrying shorter-term maturities (such as lines of credit, asset-based facilities or revolving facilities), then the company may choose to refinance longer-term debts with shorter-term, lower-interest rate financing.

If financial performance further deteriorates, or if interest rates start to rise, the revised capital structure will experience worsened cash flow as it faces imminent maturity dates. The company may be forced to refinance or restructure at less favorable interest rates. Turnaround professionals see this story told time and time again in first-day affidavits filed by senior officers in bankruptcy cases (which explain why the company filed for chapter 11 relief).

Bankruptcy law provides ways to correct a debtor’s overleveraged condition. The filing itself automatically stops creditor efforts to collect (the “automatic stay” is imposed by section 362 of the Bankruptcy Code), which affords the company time to develop a plan of reorganization, under which the debtor may pay unsecured vendors over time or rework its financial debt.

Because the liability associated with a lease is not recorded on a company’s balance sheet, it is often overlooked as part of the capital structure. Yet lease obligations, for expensive capital items like computer hardware or software, equipment used in production, and aircraft and aircraft engines, can weigh heavily upon a company’s liquidity. Retailers and other multi-facility companies have used bankruptcies to eliminate leases on poor or underperforming locations.

Bankruptcy law provides special powers to a debtor to free it quickly and decisively from unfavorable leases, perhaps enhancing the opportunities for the company to reorganize both its operations and its financial obligations. Section 365 of the Bankruptcy Code grants the debtor the right, under many circumstances, to “assume” or “reject” an unexpired lease or an “executory contract.” An unexpired lease is assumed when the debtor pays all amounts past due and owing and agrees to perform the entire lease contract going forward. A debtor may reject an unexpired lease, which constitutes a breach of the lease, and which requires the debtor to turn over possession of the leased personal property or real property. However, rejection greatly limits the lessor’s claim and thus can relieve the debtor of substantial liquidity pressures.

United Artists Theatre Company entered chapter 11 and used lease rejection under section 365 as a core strategy. It confirmed a plan of reorganization that rejected leases for 70 theaters that had been closed but for which the company had been still obligated to make rent payments. The rejections relieved the debtor from continuing lease obligations and limited the claims of lessors. The lease rejections were part of United Artists’ successful conversion of $715 million of debt into $252 million of senior secured debt and equity in the reorganized company.

For a reorganization to succeed, of course, the underlying business must make financial and operational sense. The use of lease rejection in bankruptcy for its 642 store chain could not save Borders Group, Inc. It continued to bleed cash and failed to persuade publishers to ship merchandise to it on normal terms (that allowed the chain to pay bills later, instead of right away).

Liquidity and Appropriate Corporate Structure are Key to Successful Restructuring

Capital structure is one of the reasons that companies seek protection under the Bankruptcy Code. A lack of flexibility in its capital structure can restrict a company’s liquidity, which can come to require recourse to bankruptcy in order to gain access to funds. Liquidity is the key to bridging short-term financial issues. Longer term, the quality of a company’s overall business plan, coupled with an appropriate capital structure, are keys to a successful restructuring and revival.

[Editor’s Note: Help, My Business is In Trouble! And Where Did All My Profits Go? Mastering the Concept of Working Capital. This is an update of an article previously published on November 28, 2018.]

David M. Bagley is a Principal at MorrisAnderson and assists companies in transition as a consultant, interim manager and financial advisor. He regularly takes on positions as CEO, CRO and CFO for companies in the following industries: restaurants & franchise, manufacturing, hospitality, transportation, distribution, wholesale and multi-store retail, catalog mail-order, finance, computer technology and software.… 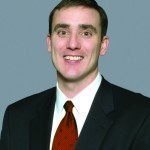