In the realm of lending, the perfected Uniform Commercial Code-1 (“UCC-1”) is the hallmark of security.  If a secured asset has value, and the liens are valid, what other issues are there to consider?  Well, in at least one instance, underlying intercompany notes were the issue.  And because of the nature of these notes, the perfected UCC-1 lost its shine.

Several years after the acquisition, the parent fell into hard times and filed for bankruptcy.  The debt with the Malaysian subsidiary was considered a gem, and fully collectible after a brief marketing process and quick sale.  The secured lenders had their eyes on this windfall, as did the Unsecured Creditors’ Committee of the U.S. parent.

The argument between the secured and unsecured lenders was simple.  The secured lenders claimed that its UCC-1s covered all the assets of the parent, including intercompany notes from the Malaysian subsidiary.  The Unsecured Creditors’ Committee claimed that the notes were illusionary, and as such, the $50 million due from the Malaysian subsidiary to the parent was equity.  Since the secured lenders in this case were entitled to only 60% of the equity held by the parent (part of a global tax strategy applied at the time of the acquisition), they would only be entitled to 60% of the sale proceeds.

While the correspondence did not directly state that the parent considered the notes as equity, it did negate the formality of the intercompany notes since the terms, while documented, were illusionary, and demonstrated that the parent had no intention of collecting on the intercompany notes until such time that the subsidiary had the ability to repay (more akin to a dividend).  With the correspondence from the parent to the subsidiary’s auditors in hand, the Unsecured Creditors’ Committee was able to negotiate and reach a settlement with the Secured Lenders.

Had it not been for a significant amount of due diligence, the secured lenders in this instance would not have been able to identify the above-mentioned risk embedded in their perfected UCC-1s.  This issue would have required significant vigilance to monitor both the progress and the ability of the subsidiary to repay the intercompany notes.

Allen provides forensic accounting, valuation and litigation support services specializing in the areas of distress, debt restructuring, and business disputes. In addition, he provides analysis of insolvent and troubled companies, provides advice in turnaround and crisis situations, counsels purchasers in the acquisition of assets within the bankruptcy arena, and provides expert advice to parties in… 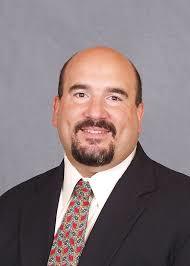 View all articles by William »

An Introduction to Bankruptcy Claims Trading Part 2: Sale of a Claim

Investing in Bankruptcy Claims as a Cash Investment October 4, 2019
What to Consider When Selling a Bankruptcy Claim October 24, 2022
Dealing With Distress for Fun & Profit – Installment #15 – Protecting Your Bankruptcy Claim May 1, 2017
90 Second Lesson: What is a “UCC Article 9” Sale? November 28, 2022
Advertisements