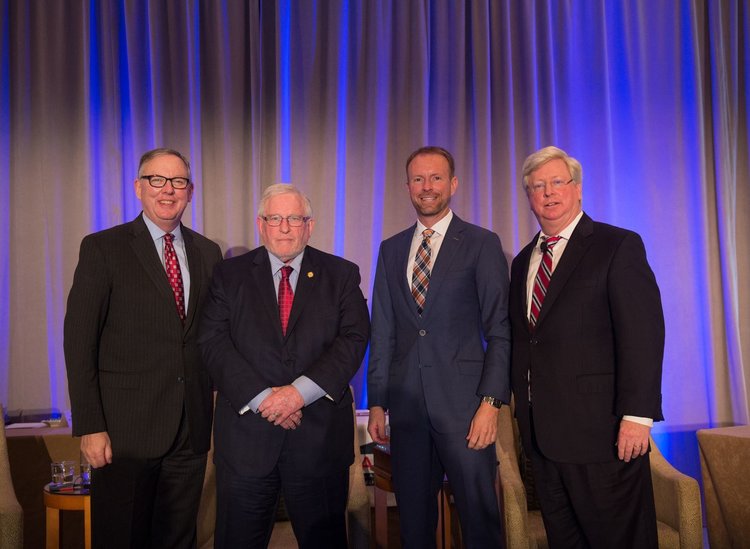 The NAFER 2017 Annual Conference featured a number of different speakers and panels, with the keynote presentation coming from Travis Correll, a convicted Ponzi schemer and master of a $100 million scheme. Also involved were SEC enforcement counsel Marshall Gandy, the federal equity receiver on the case (NAFER’s president, Greg Hays), and the receiver’s counsel David Dantzler.

Travis Correll – Tale of a Fraud

Mr. Correll traced the development of the fraud:

What began as a $200,000 mistake came to envelope losses of over $100 million, and gave Mr. Correll eight years in federal prison, from which he was recently released.

The presenters described the initial investigation, the dramatic arrival at Mr. Correll’s offices by the receiver and SEC, and Mr. Correll’s eventual decision to fess up, which he did in one swoop, reasoning memorably that “If you’re going to eat a s— sandwich, don’t —-in’ nibble.” Mr. Correll acknowledged and rued his role in hurting many people. Nevertheless, on this day his one-time pursuers and now fellow presenters joined the audience in enthusiastic applause for his willingness to give his very inside perspective.

The keynote, of course, was just one of many excellent panels, some of which took up subject matter focused on federal equity receiverships. Others addressed issues applicable more generally to anyone working in the broader areas of insolvency/restructuring/distress/collections. Such latter panels included:

The producers of the respective panels moved things along and coordinated the production of impressive written materials that were all stored onto a Conference App – which forestalled the annoyances of paper cuts and shuffling noise while fostering a 4th Century Athens-like attention to oral dialectics among panelists.

To review, a federal receivership is an equitable remedy employed to protect the interests of persons and entities harmed or potentially harmed by a business or property that is subject to federal jurisdiction. Federal district courts appoint federal receivers at the request of harmed persons (like creditors or defrauded parties) or of federal regulatory entities, like the Securities and Exchange Commission, the Federal Trade Commission, and the Commodities Futures Trading Commission, which represent the diffuse interests of people protected by federal laws and regulations.

The federal receivership remedy is not well known even among insolvency professionals – though it has grown in use in recent years and we anticipate that its use will continue to grow. A federal receiver can quickly and efficiently gain control over a defaulting or fraudulent business in order to maximize returns to the receivership’s beneficiaries. Federal receiverships are often imposed on businesses that engaged in Ponzi schemes and other securities fraud.