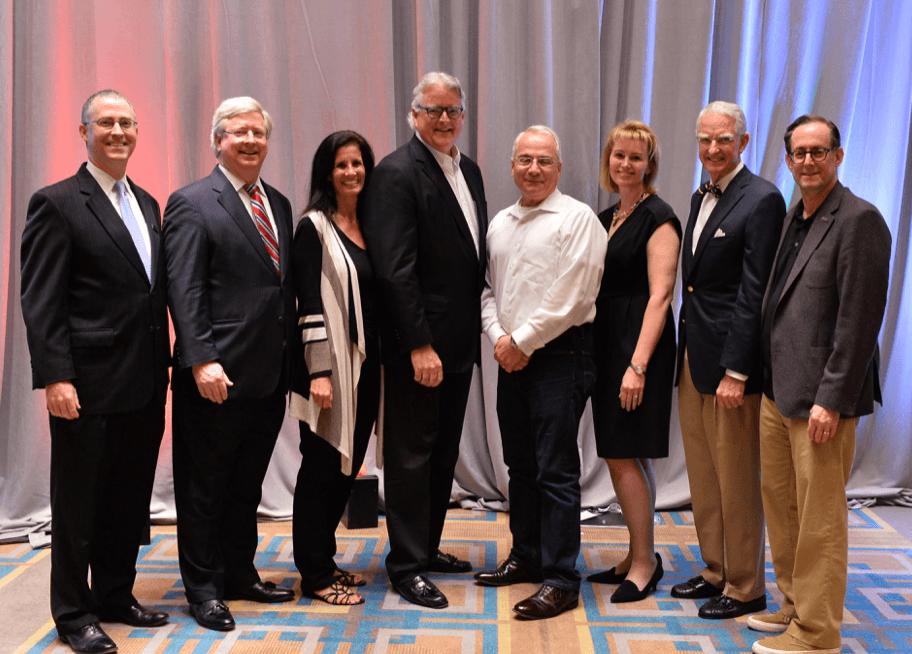 Participants of the NAFER 2016 conference, which covered receiverships, Ponzi schemes, and other topics

The fifth annual NAFER conference featured receivers and federal judges, among others

DailyDAC Editorial Staff attended the fifth national conference of the National Association of Federal Equity Receivers (NAFER), held at the historic Mayflower Hotel in our nation’s capital, on October 13-15.

The audience at the three day conference was composed largely of receivers, professionals who represent receivers, and federal judges. For newbies, the conference opened with a two-hour session entitled Receiver Training Camp, led by two past presidents of NAFER (Robert Wing and Steve Donell) plus presidents outgoing (Ira Bodenstein) and incoming (Greg Hays).

Another highlight was “John X. Pert On the Stand: The Mock Direct and Cross Examination of a Forensic Accountant to Prove the Ponzi Scheme.” This was pedagogically sound and great fun.  Could the receiver’s counsel (played by Gary Caris, of Diamond McCarthy, who once recovered assets in Latvia) establish that the business was a Ponzi scheme and thus enjoy the “Ponzi presumption” and that he therefore could be relieved from proving intent in fraudulent transfer actions? Here the problem was the defendant’s expert witness (played by frequent expert witness Gil Miller of Rocky Mountain Advisory LLC) and his counsel (played by the Hon. Stephen Rhodes (ret.)).  Hon. David Carter (C.D. Cal.) played the judge, donning a crown for his deliberations (it was a close call).

The keynote was delivered by Lois C. Griesman, Associate Director, Division of Marketing Practices, U.S. Federal Trade Commission, who led listeners into the processes of the Commission and emphasized the animating purposes of the Commission as it gathers evidence and then decides whether to seek appointment of a receiver.

We found the written conference materials to be ample, pertinent, and well-organized.  They were downloadable from an app provided by NAFER – ever oriented toward practical problem-solving, as are its members.

Kudos to outgoing NAFER President, Ira Bodenstein of Shaw Fishman Glantz & Towbin LLC, Conference Chair Robert Mosier, and NAFER Executive Director, Maureen Whalen (of MCorr Consulting) for their great work in putting together such a lively and highly substantive conference.  We look forward to the national conference, the several regional conferences, and other programming that NAFER will produce over the next year under the presidency of Greg Hays (Hays Financial Consulting, Atlanta, GA).

The Nuances of Federal Receiverships

To review, a federal receivership is an equitable remedy employed to protect the interests of persons and entities harmed or potentially harmed by a business or property that is subject to federal jurisdiction.  Federal district courts appoint federal receivers at the request of harmed persons (like creditors or defrauded parties) or of federal regulatory entities, like the Securities and Exchange Commission, the Federal Trade Commission, and the Commodities Futures Trading Commission, which represent the diffuse interests of people protected by federal laws and regulations.

The federal receivership remedy is not well known even among insolvency professionals – though it has grown in use in recent years and we anticipate that its use will continue to grow.  A federal receiver can quickly and efficiently gain control over a defaulting or fraudulent business in order to maximize returns to the receivership’s beneficiaries.  Federal receiverships are often imposed on businesses that engaged in Ponzi schemes and other securities fraud.