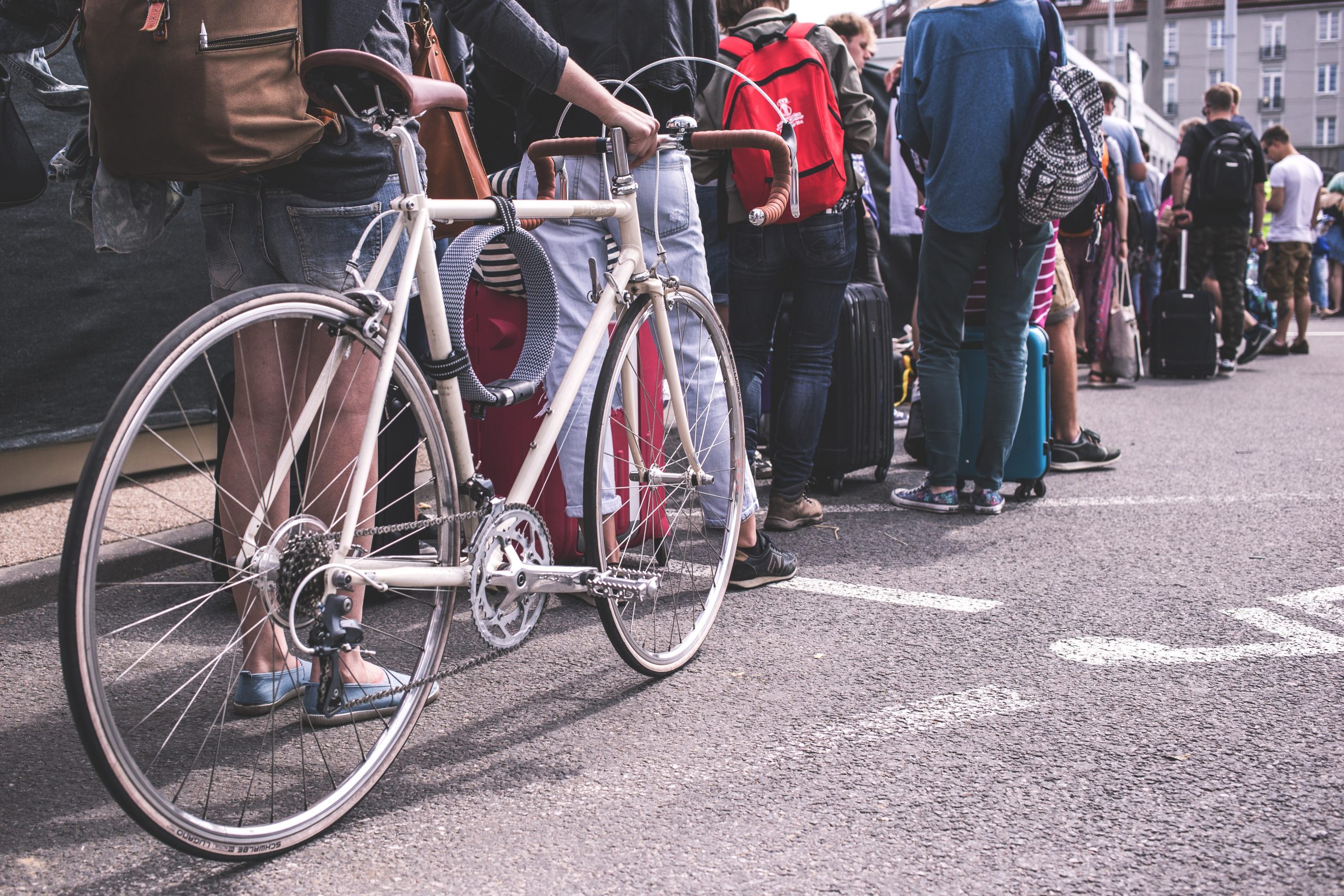 As a brief refresher: you hold a claim against (i.e., you are a claimant a/k/a creditor of) a third party if that third party (commonly called your debtor) owes you money or owes you an obligation to do something which, if not done, would give rise to owing you money. You still have a claim even if it is:

Re-read this paragraph in Installment 9:

So, if your debtor is not in bankruptcy, where can you look to see what level of priority your claim is entitled to? That, friends, is the real point of this Installment.

The fact that there is a difference can sometimes drive a company in one direction or another.

In certain instances, the priority of various claims and the ramifications of leaving certain types of claims unpaid can be a deciding factor when considering a bankruptcy filing.

Consider a distressed fictional company in Washington state. We shall call it Macrohard.

Macrohard has a lender with an unperfected security interest in the company’s personal property because the lender never recorded its interest by filing a UCC-1 financing statement after making its loan. Macrohard also owes significant unpaid wages to its employees and is not certain it will be able to pay them in full if the lender’s claim is paid first. Washington state law imposes potential personal liability on the company’s directors and officers for unpaid wage obligations, so the company’s board is eager to have the wage claims paid ahead of the lender’s claim, if possible.

In the event of a state court receivership or an assignment for the benefit of creditors for Macrohard —state law would grant the lender’s unperfected security interest a higher priority than the employees’ claims for unpaid wages—meaning the lender’s claim must be paid ahead of the employees’, leaving the board or management exposed to personal liability in the event that there is not enough cash to pay all creditor claims. See Wash. Rev. Code § 7.60.230.

In bankruptcy, however, unperfected security interests are treated as general unsecured claims not entitled to priority under Bankruptcy Code § 507, while employee wage claims are paid as a fourth-priority unsecured claim. In bankruptcy, therefore, or company’s employee claims would be paid ahead of the lender’s; a better outcome for the board and the company’s officers (not to mention the unpaid employees).

Thus, all other things being equal, Macrohard is likely to elect a bankruptcy filing to ensure that employee claims are paid ahead of the lender’s claim, avoiding potential personal liability for the company’s board and management.

To be clear, this is not a common scenario. Many state priority statutes follow the same general structure set forth in § 507 to establish priority of claims. But in narrow circumstances, a skilled practitioner will recognize the role that claim priority can play in advising clients regarding their options in the face of insolvency.

A Word About the Federal Priority Act

Outside of a bankruptcy proceeding, the Federal Priority Act (the “FPA,” or “Federal Priority Statute”) weighs heavily in considering priority of claims for an insolvent debtor, particularly with respect to tax liabilities. The following excerpt from Strategic Alternatives for and Against Distressed Businesses,1 provides an excellent discussion of the FPA:

Under the Federal Priority Statute, the debts (including tax debts) of the U.S. government have priority over other unsecured debts of an insolvent Debtor with insufficient assets to pay all of its debts, if the [d]ebtor (a) makes a voluntary assignment of property, (b) the [d]ebtor allows its asset(s) to be attached; or (c) an “act of bankruptcy is committed.” An “act of bankruptcy” does not mean a bankruptcy filing. Rather it means a transfer of a [d]ebtor’s assets for payment of the [d]ebtor’s liabilities, including to a [f]iduciary. A person that knows or should know about the [d]ebtor’s federal debt liability and that pays unsecured [c]reditors or assigns or transfers assets of the [d]ebtor, in violation of the Federal Priority Statute, is subject to personal liability for the [d]ebtor’s unpaid federal debt liability.

For the purposes of the Federal Priority Statute, taxes are “debts” even if they are unassessed. It is sufficient if the tax liability has accrued. The federal debt does not have to be a formal claim but any debt or liability due the federal government. The Federal Priority Statute applies to federal tax liabilities incurred before and after the [d]ebtor becomes insolvent or the [f]iduciary is appointed.2

31 U.S.C.A. § 3713 only provides priority for unsecured federal tax claims over other unsecured claims. The statute does not itself create a lien in favor of the federal government. Thus unsecured federal tax claims do not have priority over claims secured by preexisting liens that are valid and properly perfected. Although the federal priority under the [FPA] appears to be absolute, courts have carved out certain exceptions to the federal debt priority, and have allowed certain classes of debt claims to be paid before unsecured federal tax debt claims, including administrative expenses incurred for the general welfare of creditors, reasonable compensation for the fiduciary and the fiduciary’s attorney, and expenses incurred to collect and preserve assets.

To be held personally liable under § 3713, a person must be charged with knowledge of the federal debt claim, which means that the person has sufficient facts to be put on inquiry notice. The person is charged with knowledge as long as the person is aware of the potential of a federal claim, even if the amount of the debt is unknown. Personal liability may attach if the person investigated but failed to ascertain the existence of such liabilities or erroneously relied on advice of counsel. The person has the burden of proving that he or she lacked knowledge of the federal debt claim.

The Federal Priority Statute expressly provides that it does not apply to cases under the Bankruptcy Code, in which the priority scheme under the Bankruptcy Code applies. The Statute does, however, apply to receivers and other [f]iduciaries liquidating insolvent [d]ebtors, such as assignees in assignments for the benefit of creditors. The Statute also applies to persons who have control over and responsibility to liquidate the [d]ebtor’s assets and debts, but who are not specifically designated as fiduciaries.3

As noted above, while the FPA does not apply to bankruptcy cases, the Bankruptcy Code specifically grants an eighth-level priority to unsecured claims of governmental units under § 507(a)(8). The laundry list of government claims listed at § 507(a)(8) include various types of tax claims, customs duties, and penalties associated with these claims. It is therefore potentially more advantageous for unsecured priority creditors to see their debtor in bankruptcy, where federal government claims are not granted first priority by the FPA. Creditors aware of large government claims against an insolvent debtor may wish to file an involuntary bankruptcy proceeding to avoid application of the FPA.

Understanding all this stuff in the context of bankruptcy is important, but not every distressed company winds up in bankruptcy. So, you also need to understand how it works outside of bankruptcy. Read Installment 11 to read the rest of the story.

An “Oldie,” But a Goodie: Recommended Reading On the Subject of ABCs

Previous Article 90 Second Lesson: How a Licensee is Treated in the Bankruptcy of its Licensor Next Article PUBLIC NOTICE OF ASSET SALE: Online-Focused Footwear Retailer

The Road to an Assignment for the Benefit of Creditors (ABC): A Case Study August 29, 2022
Advertisements