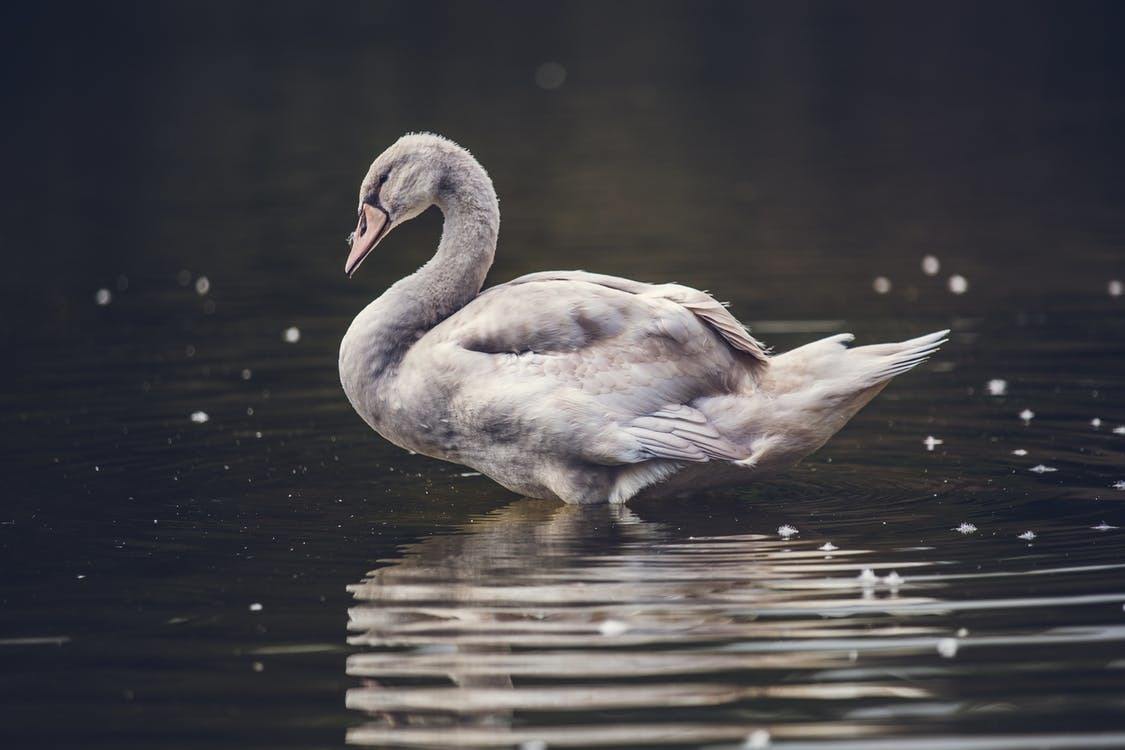 The Elegant Swan and Clumsy Duck: What is Recharacterization in Bankruptcy?

How the Recharacterization of Debt Impacts Creditors

The line between a loan and an equity investment isn’t always clear. In these cases, those who represent unsecured creditors can impact the distribution on claims in the creditor’s favor. This is done through the recharacterization of debt.

In bankruptcy, a debt claim has a higher priority than an equity interest (or share) in the debtor company, and should be (and ordinarily is) paid in full before equity holders receive any distribution from the debtor. Better, then, to acquire or hold a debt claim—an elegant swan—than to hold an equity interest—a clumsy duck. Investors and debt claim holders need to know, however, that what is called a swan can be deemed a duck, dashing the holder’s expectations of return.

It seems easy to distinguish a loan from an equity investment. Loans typically are cash advances made by banks or other lending institutions with, among other things, a fixed maturity date, a specified interest rate, distinct events of default, and well-defined lender remedies. An equity investment, on the other hand, ordinarily entitles the owner to participate in the company’s upside, and neither is of a fixed duration nor entitles its holder to a fixed return.

Not every case is so clear cut. Sometimes a lender simply fails to document a loan properly. Other times, a loan may have contained conventional repayment terms, yet the proceeds were used to repurchase a prior equity interest, and the parties have ignored the payment terms.

The classic example of a loan that may be susceptible to recharacterization (from debt to equity) is when a person or entity controls the borrower and is, or becomes, a lender to the borrower, yet it is apparent that the person or entity put money into the business with little or no expectation that the funds would ever be repaid. The bankruptcy court may be urged to determine whether the parties called an instrument one thing (i.e., a loan), when in fact they intended it to be something else (i.e., an equity infusion).

In other words, some deals are plainly swans, while other deals may be called swans even though they walk like a swan, swim like a chicken, and quack like a duck. Lawyers can spend plenty of time and money arguing over what to call that animal. As one court put it, “[W]hen a putative loan to a corporation is recharacterized, the courts effectively ignore the label attached to the transaction at issue and instead recognize its true substance. The funds advanced are no longer considered a loan which must be repaid in bankruptcy proceedings as corporate debt, but are instead treated as a capital contribution.”1

Who Seeks Recharacterization and Why?

Creditors’ committees and chapter 7 trustees have one goal—to maximize the return for unsecured creditors, which means enhancing the percentage distribution on each claimant’s claim. This goal is furthered if the number and amount of allowed claims are reduced. Assume a fixed pot of cash is available for distribution to unsecured creditors, promising each a 10% distribution on their claims. If a committee or trustee believes that a transaction underlying a large supposed debt claim cannot be neatly classified as either a loan or an equity investment, it may well pounce. If the committee or trustee can convince the bankruptcy court to recharacterize the alleged loan claim as an equity investment, the number of creditors whose claims will be paid from that pot of cash decreases, as does the notional amount of claims sharing in the pot, thereby increasing the proportional distribution to each remaining creditor. If the recharacterized claim is large enough, the remaining creditors may receive far more than the pennies on the dollar that bankruptcy claims so often return.

Conversely, recharacterization of debt as equity will almost always be devastating for the targeted claimant. Because equity is often out of the money in bankruptcy cases, the difference between being classified as a creditor or an equity holder may determine whether the claimant will recover anything, and even whether he can participate in the case.

What Do Bankruptcy Courts Consider In Disputes?

So how can a potential debt claim holder (or holder of a putative debt claim) predict what a court will do if the claim is targeted by a creditors’ committee or trustee? Most courts that have considered recharacterization (and all circuit courts that have done so) agree that bankruptcy courts have the power to recharacterize debt claims as equity interests.2 Courts have disagreed, however, about the basis of the bankruptcy court’s power to do so, with two schools of thought having evolved. For purposes of this post, we will refer to them as the “equitable power” school and the “state law” school. The factors governing recharacterization differ between the schools, but in either case, the inquiry is a fact-intensive review of multiple factors. The rest of this section is dedicated to explaining the two approaches.

Courts in the “equitable power” school of recharacterization rely on a series of factors gleaned from tax law cases to determine whether the underlying transaction was a loan or an equity investment. These factors include:

Courts consistently say that no one factor is dispositive. Each case is fact specific, and thus, a court cannot be held to its interpretation of any one factor in a subsequent case.

In recent rulings, the Fifth and Ninth Circuit Courts of Appeals have relied on section 502 of the Bankruptcy Code, which addresses the allowance of claims as the source of a bankruptcy court’s power to recharacterize a loan as equity.4 Section 502(b) provides that if a creditor timely files a proof of claim, “the court, after notice and a hearing, shall determine the amount of such claim…and shall allow such claim in such amount, except to the extent that—(1) such claim is unenforceable against the debtor and property of the debtors under applicable law….”5 The Fifth and Ninth Circuits have defined “applicable law” as “state law.” Thus, if a proof of claim asserts a debt claim that would not meet the test for a debt obligation under state law, then the bankruptcy court must disallow the claim.

If the “state law” school’s analysis stopped here though, it would only get bankruptcy courts half-way to recharacterization, because disallowance of a claim means that the claim is purged from the claims register. Recharacterization, by contrast, means that the one-time debt claim is now treated as an equity interest, and is not eliminated entirely. In other words, recharacterization of debt has been found an appropriate remedy when there is a relationship between the claimant and the debtor, but that relationship is one of an equity holder and not a creditor.

Frankly, this reasoning seems more satisfying than the “equitable power” school’s naked reliance on section 105 of the Bankruptcy Code and the bankruptcy court’s general equitable powers, because it relies on a more specific provision of the Bankruptcy Code to justify the end result. In fairness to the “equitable power” school, though, section 502(b) doesn’t actually specify that a bankruptcy court should apply state law when determining whether to allow a claim. Rather, it provides that a claim must be disallowed if it would be unenforceable under applicable law. So, in the end, there is no Bankruptcy Code provision that expressly authorizes recharacterization.

The “state law” analysis would be cleaner were bankruptcy courts to instruct the “creditor” whose claim had been disallowed because it was a camouflaged equity investment to simply file a proof of interest (similar to a proof of claim, but for equity holders). After all, even if the bar date to file proofs of equity interests has expired, the Bankruptcy Rules provide that a court may extend an equity holder’s time to file a proof of interest if his or her failure to file was a result of excusable neglect (and what is more excusable than not filing a proof of equity interest because your debt claim has just been recharacterized as equity!). Courts in the “state law” school gloss over this issue, merely reciting that “recharacterizing the claim as an equity interest is the logical outcome of the reason for disallowing it as a debt.”

Conversely, the debt claimant’s loss is a gain for the other holders of unsecured claims. Lenders—and investors that acquire lenders’ positions—would be well-advised to consult with bankruptcy counsel to measure and mitigate recharacterization risk.

[Editor’s Note: To learn more about this and related topics, you may want to attend the following webinar: Bad Debtor Owes Me Money! And Opportunity Amidst Crisis- Buying Distressed Assets, Claims, and Securities for Fun & Profit. This is an updated version of an article originally published on October4, 2013.]

2. A minority of courts have held that, because the authority to recharacterize debt as equity is not expressly found in the Bankruptcy Code, bankruptcy courts lack power to do so. See, e.g., In re Pinetree Partners, Ltd., 87 B.R. 481, 491 (Bankr. N.D. Ohio 1988).

James is special counsel Schulte Roth and Zabel's Business Reorganization practice.  He has significant experience in bankruptcy and out-of-court restructurings.  James assists clients with acquisitions and divestitures of distressed companies and their assets, financing and use of cash collateral, and identifying exit strategies.  He also litigates various disputes including labor issues, preference and fraudulent claim…

View all articles by Kelly (Bucky) »

Previous Article The Fisker Case: My Credit Bid Capped at the Amount I Paid for the Debt? Next Article Introduction to Distressed Debt Analysis: 4 Company Valuation Methods for Investors

Absolute Priority Rule in Bankruptcy: Are You Atop the List? November 7, 2018
Unsecured Creditors Prevail Against the UCC-1 October 23, 2017
A Primer on the Chief Restructuring Officer (CRO) September 12, 2017
Dealing with Distress For Fun & Profit – Installment #14 – An Introduction to Chapter 11 for Unsecured Creditors: What Every Unsecured Creditor Should Know March 6, 2017 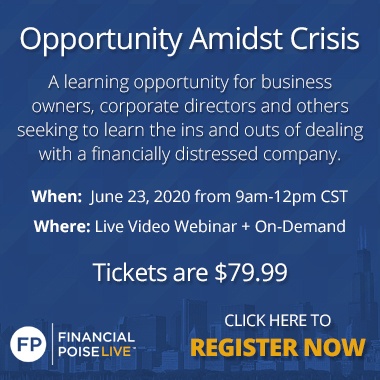