What is the Hierarchy of Claims Under the Absolute Priority Rule?

If you are a vendor, service provider, or another unsecured creditor to a chapter 11 debtor, you cannot be blamed for feeling like a duped lover after learning about the bankruptcy of your once devoted business companion. Despite the promises of “I’ll stand by you if you stand by me,” all those outstanding invoices won’t be paid after all. If it helps soothe the pain (and of course it won’t), it’s not just you. The landlord, the copier company, the messenger service, and even the weekly “Power Lunch Yoga” instructor fell for the same story. You’re in the same Chain of Fools. Only now, you contend with one another over the tiny bankruptcy dollars to be shared, pro rata, among all of the Debtor’s unsecured creditors.

If not you, who gets paid first according to the absolute priority rule, or liquidation order of priority?

As the sting of the break-up starts to finally wear off, you will receive a “proof of claim” form and instructions from the bankruptcy court. You note that Section 5 of the official form has a blank line for “Amount entitled to priority.” Your first instinct may be: “That must be me!” After all, how many times did the Debtor tell you that your invoices are “priority number one” just as soon as you help the Debtor through its rough patch? Surely your claim must take priority over the lame claims of the yoga instructor, right? But before you fill in that tiny blank with “All of it!!!” make sure to read the small print. You’ll see that Section 5 permits you to file a claim for priority only if your claim is “entitled to priority under 11 U.S.C. § 507(a).”

Section 507(a) of the Bankruptcy Code describes the types of unsecured claims entitled to priority status and reflects the bankruptcy policy of favoring certain types of creditors over others, even among creditors that hold no security for their claims.

So what does this bankruptcy absolute priority policy mean for your claim? Can you check the box in Section 5 of the proof of claim form and elevate your unsecured claim to priority status, allowing it to be paid ahead of the rest of the Debtor’s spurned creditors? You can, of course, though your claim to priority probably will fall upon objection.

The Rank of Priority Claims

General Unsecured Creditors, No Priority for You

Deflated, you have found that none of these priority categories applies to your claim. Notwithstanding fervent promises of loyalty and affection by the Debtor, the Bankruptcy Code finds most creditors’ claims to be “general” unsecured claims only. These general, unsecured claims will be treated no different than that of the yoga instructor, the copier company, the bike messenger, etc. No priority of payment for you. As a general unsecured creditor, you are left to await fractional payment, with that to come at some uncertain point in the future.

If the liquidation order of priority is a little too depressing, and you’re still feeling blue over the break-up, you may want to consider a support group, the “Official Committee of Unsecured Creditors” … but that’s a topic for another day.

[Editor’s Note: To learn more about this and related topics, you may want to attend the following webinars: The Nuts & Bolts of a Chapter 11 Plan and The Intersection of Bankruptcy and… Tax Law. This is an updated version of an article originally published on November 7, 2018.] 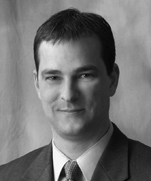