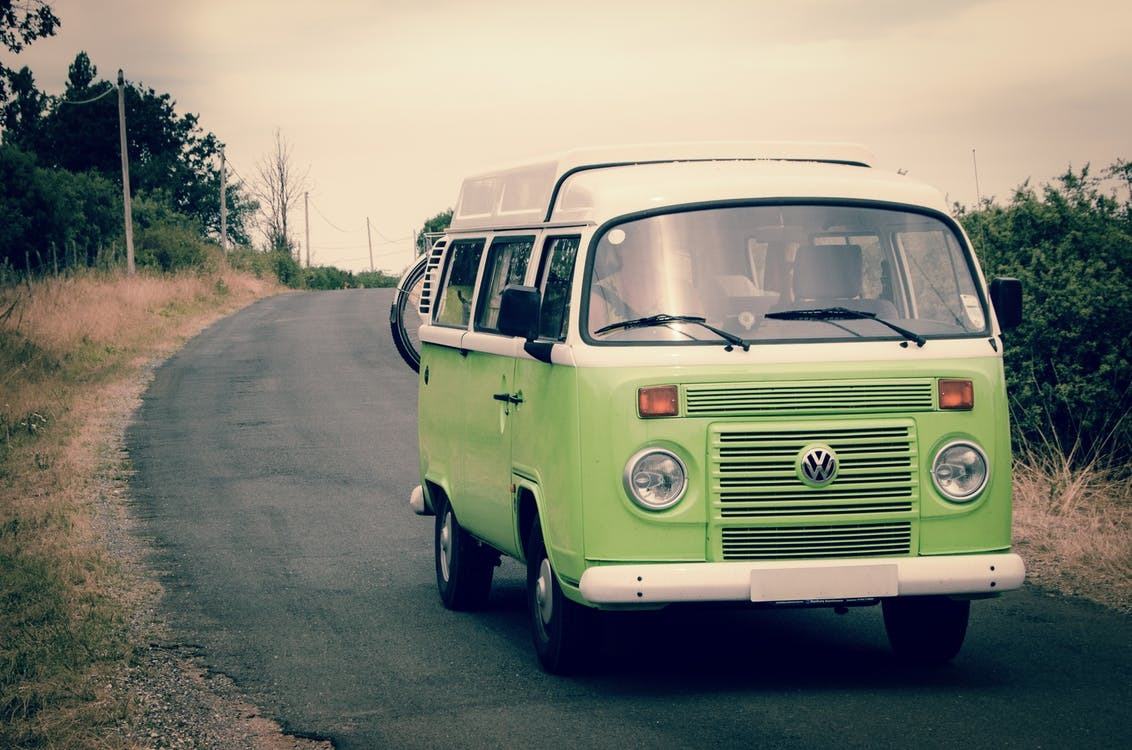 An Unfortunate Case for Unsecured Creditors

A settlement agreement in the Mega RV Corp. bankruptcy highlighted the interplay between an overzealous lender and a repentant business owner who came together to cooperate and provide a windfall recovery to unsecured creditors.

Ultimately, through the machinations of the bankruptcy case, the settlement proved to be insufficient to provide the windfall that was optimistically expected only a short time earlier.

Who is Mega RV?

Mega RV was founded in 2000 by Mike McMahon as McMahon’s RV. They were in the business of selling and servicing new and used RVs throughout Southern California. During 2011 and 2012, were the #1 RV dealer in California. Winnebago awarded it the “Largest Dealer West of the Mississippi” designation from 2011 to 2013. Mega sold approximately $180 million worth of new and used RVs per year.

In 2010, GEDF increased the line from $10 million to $13 million. Then, in 2011, it purchased (at a discount) Bank of America’s credit line, making GEDF the sole lender to Mega and bringing its total exposure to $38 million. This would subsequently grow to a whopping $50 million. GEDF was paid well for its efforts, charging an interest rate of LIBOR + 7%, as compared to the LIBOR + 3% rate paid in typical floorplan finance arrangements.

Although the relationship between Mega and GEDF had shown some signs of stress – with GEDF having taken some actions to “tighten the belt” – it deteriorated markedly when that relationship was transferred to a new GEDF lender office.

Until 2012, Mega’s relationship with GEDF was managed through the Phoenix office, which had significant experience in the RV space. The Phoenix office had originally allowed Mega to sell RVs “out of trust,” meaning Mega was not required to immediately remit the proceeds of an RV sale to the lender. A common practice in the RV industry, this allowed Mega to typically remit proceeds after 12 days, which afforded Mega the opportunity to address operational costs and provided it with much needed working capital.

Without warning, GEDF switched Mega’s account to the Chicago office, where RV lending was not a well-known service line. Shortly afterwards, GEDF made significant changes in the expectations for Mega’s performance under the financing agreements, including carving days off the remittance time period and reducing the aggregate size of the facility.

Tensions rose over time, culminating in GEDF’s March 2013 notice of covenant default and reservation of rights. This triggered an avalanche of further onerous requirements from GEDF, including reduction in the credit facility to $47 million and the requirement to immediately pay some $1.5 million of a purported $2.6 million total of past due payments.

To make matters worse, GEDF assigned Mega to its workout group. Once in workout, Mega was required to make significant credit facility pay-downs, obtain a $500k cash infusion from Mr. McMahon, and even obtain a $2 million loan from one of its vendors (guaranteed by Mr. McMahon) for paying down the credit facility. From Mega’s point of view, it seemed that the transfer of the loan from GEDF’s Phoenix office to Chicago was the tipping point that essentially pushed them from mild distress into dire straits. Even the vendor loan and capital infusion they put together were not enough to stave off the inevitable. Mega would be forced to file for bankruptcy.

Debtor and Lender Come Together for Unsecured Creditors

Despite Mega’s best efforts to obtain alternate financing or sell the business, it became clear that the only viable alternative was to liquidate its inventory. Given the dynamics of the case, and absent a negotiated solution, unsecured creditors would not be receiving anything from this liquidation. GEDF asserted a secured claim in excess of $30 million over $25 million or less in assets, implying a $5 million deficiency claim. Furthermore, Mr. McMahon held a $9 million unsecured claim for money lent and invested. Creditors of the estate, including customers who had recently paid in full for RVs and were simply waiting to take delivery, were shut out in the cold.

In a great show of cooperation and respect for customers, Mr. McMahon and GEDF came together to administer the estate for the benefit of a wider group of creditors than just the senior lender. After formal mediation before Judge Goldberg in the Central District of California, the parties agreed to a global settlement which would provide up to $4.7 million to fund a liquidating plan for the benefit of creditors out of what would have otherwise been an insolvent estate.

The settlement subordinated a portion of GEDF’s claims and all of Mr. McMahon’s $9 million claims for the benefit of unsecured creditors. Because of its doubtful prospects for prevailing as a plaintiff against GEDF, Mega released it from any causes of action, noting that to do otherwise, “the Debtor would be taking on a deep-pocketed defendant on legally complex and factually intensive claims of equitable subordination, lender liability and others.” Luckily, GEDF had come to the table, obviating the need for Mega and its creditors to make a forceful attempt to pry money of its hands.

During the pendency of the case, Mega continued to sell its inventory and monetize contracts in transition in an orderly fashion. It was unfortunate and disappointing to see a successful, No. 1 California business disappear in less than two years. Further, we can’t help but wonder what might have been had GEDF made more of an effort to reach mutually a beneficial agreement prior to bankruptcy, or if Mega had not put all its financing eggs in the GEDF basket, or if it had found a new lender or even a buyer. Perhaps dozens of employees would still have jobs, taxes would continue to be paid to city, state and federal governments, and RV customers would have more choice when buying.

Since this article was originally written in early 2015, Mega filed a liquidating plan and fully administered the estate. The result was unfortunate for unsecured creditors. The plan, which went effective in October 2015, called for cash to be distributed in accordance with the absolute priority rule, while pursuing valuable litigation. Unsecured creditors were estimated to recover between 4% and 16% on $20 million of claims.

The most significant litigation case against Roadtrek, for breach of contract, was estimated to be worth over $5M in an upside scenario. Shortly before a scheduled mediation in May 2017, the California Central District Court issued a summary judgment ruling that was very adverse to the estate. Prior to this setback, the estate had estimated a $2.2 million net recovery (after contingency fees) as a worst case scenario.

After mediation, the net amount paid to Mega RV turned out to be only $106,000. Needless to say this was a major blow to unsecured creditor recoveries, and in fact resulted in no recovery to that class. The $4.7 million settlement was consumed by taxes and professional fees. The estate was not even able to complete payments to roughly $1.5 million of priority tax claims that had been termed out for three years. The case illustrates that bankruptcy is an expensive and unpredictable proposition, and even the best intentioned settlements do not always trickle down to junior creditor classes.

[Editor’s Note: To learn more about this and related topics, you may want to attend the following webinars: The Nuts & Bolts of a Chapter 11 Plan and A Distressed Company and its Secured Lender. This is an updated version of an article originally published on February 17, 2015.]

Adam is the co-founder and portfolio manager of Pioneer Funding Group, a bankruptcy trade claim investment fund (http://www.pioneerfundingllc.com/). Adam started his career in the leveraged finance group of investment bank CIBC World Markets. At CIBC he advised companies and private equity sponsors on M&A, LBOs and restructurings and focused on debt and equity capital raising.… 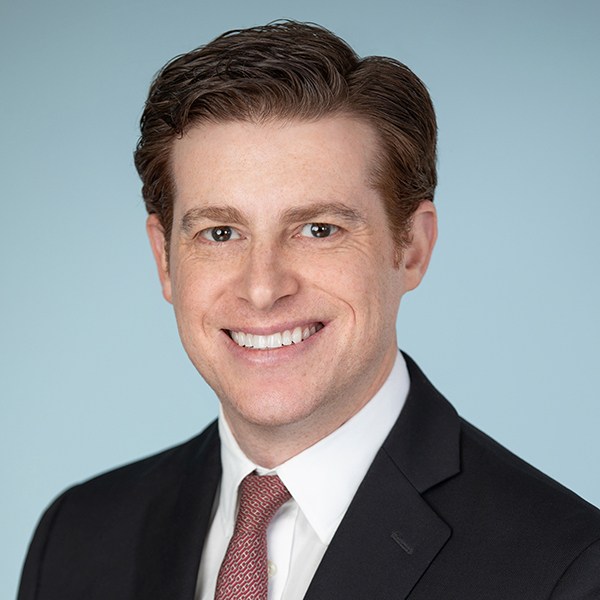 Previous Article Kuney’s Corner – Cram Down: When the Creditor Says ‘No’ Next Article When to Request Relief from the Automatic Stay