If you are already familiar with the Life Partners Holdings debacle, you may think that the term “Life Partners” should stand for Brian Pardo and his partners in crime who ran that notorious company serving life sentences (instead of just paying massive fines and having some of their assets seized). Such criminals’ loss of liberty may have satisfied justice in a way, but the investors in this Ponzi-like scheme really need to get their money back, or at least as much as possible. With the November 1, 2016 plan confirmation in the Life Partners Holdings, Inc. chapter 11 bankruptcy cases, the prospect of some recovery is finally on the horizon.[1]  In this Part 1 of 2 articles devoted to the fraud, we review the various schemes that led to the demise of this former “viatical settlement” powerhouse.

Life Partners, Holdings, Inc. and two affiliates filed their chapter 11 petitions on January 20, 2015.  On March 13, 2015, management of the Debtors was ousted and replaced by chapter 11 trustee H. Thomas Moran II. About one year later, Moran filed his Trustee’s Report on the Debtors’ pre-petition conduct[2].   The Trustee’s Report, with 89 pages of text plus 2000-plus pages of 157 exhibits, tells the sordid tale of Life Partners as no ordinary fraud.

It Began With Viatical Settlements, and Investors in Them

First, terminology.  A “viatical settlement” is the sale of a policy owner’s life insurance policy to a third party for more than its cash surrender value, but less than its net death benefit. Such a sale provides the original policy owner with a lump sum, while the policy buyer purchases the right to receive a death benefit at a discount from the face amount of the benefit.

Life Partners saw opportunity in AIDS victims of the early ‘90s, who held life insurance policies but needed cash to pay for treatment and who often had no heirs.  Viatical settlements would allow the AIDS victim insureds effectively to collect and use money from policies from which they would never otherwise benefit. The buyer, becoming the beneficiary, would take on the responsibility of making future premium payments as they became due.  The buyer becomes entitled to the death benefits — a good deal, after having purchased the policy at a discount and maintaining the premiums for a relatively short period of time (commonly, then, a few years at most).

But Life Partners did not stop with purchasing policies like another investor might purchase stocks or bonds.  Life Partners brokered policies to mom and pop investors, and eventually institutions as well, splitting interests in policies up and selling the pieces to pools of various investors, creating “fractional interests.”  Life Partners collected fees from the transactions and interest from the money it held in escrow (payments from investors to be used to pay upcoming policy premium payments), in addition to profiting from the difference between the lower purchase price Life Partners paid for the policy and the higher aggregate sales price it received from the fractional interests it sold to investors.

So far so good. Things started going wacky, though, when Life Partners took to raiding the escrow accounts of fractional interest holders—which were supposed to be used to pay their ongoing premium obligations—to fund massive stock dividend distributions to the CEO and founder Brian Pardo and his friends, family, and miscellaneous accomplices and ne’er-do-wells.

You see, when the fractional interest holders purchased their policy interests, their purchase price included what was ostensibly the cost of all the premiums that were expected to be due until the maturity of the policy. Life Partners represented to them that their purchase price constituted a one-time payment, and all they had to do was sit back, relax, wait a couple of years for the policy to mature (the euphemism for “wait for the poor insured person to die”), and count the money as it flooded in. As long as new policies were being sold, there was cash on hand to keep the party going.

The viatical market grew, but as AIDS patients started living longer, Life Partners branched out to buy life-insurance policies from a different type of seller—the senior citizen. Life Partners enhanced its growth by providing huge fees to independent brokers, at once incentivizing them at once to make more money selling fractional interests with Life Partners than selling traditional investment vehicles, and dis-incentivizing them from seeking a more honest understanding of the business model that was making it all possible.

But Mainly Making Pigeons of Investors

Brian Pardo and his associates added further dimensions to the fraud:

The fabricated LE’s were at the heart of the massive fraud. Remember, the fractional interest holders were sold policies for which the sales price included only enough money to pay the premiums for the artificially understated LE figures manufactured by Life Partners. But in the fine print, unread, the investors had agreed to be on the hook to Life Partners to pay their pro rata share of all future premiums due on the policy, regardless of how long the policy took to mature, i.e.,   regardless of how much longer the original insured ’s life persisted beyond the bogus LE estimate.

Life Partners prepared a solution for the investor who could not come up with further funds (possibly because she had funded the investment from the life savings in her IRA account and was now barred by tax law from making further premium payments) to support this supposedly no risk, once-in-a-lifetime opportunity to make guaranteed double-digit, annual compounded returns.  The solution was for Life Partners to buy out the distressed investor’s fractional interest at a major discount, and then immediately to re-sell the fractional interest at a huge profit to investors lined up at the door.

A penultimate cut.  The secondary market for buying and selling the distressed investors’ fractional interests was handled by a separate Pardo-controlled entity.  The proceeds from those sales did not go to the Life Partners’ bank accounts (where they could be used to help prop up investments already in trouble due to investors were defaulting like crazy due to the unexpected “gotcha” demands to pay more premiums) but instead went directly to Pardo himself.

The final cut.  When things really got bad towards the end, Life Partners would impose new servicing fees on investors, using threats and intimidation to collect those fees. Those who could not pay were subject to confiscation of their interests by Life Partners – which then resold them to new investors.

The End of the Tower of Schemes

Finally, the defaults exceeded Life Partners’ ability to find new suckers, and the house of cards began to tumble down.  Investors were forced to abandon their fractional interests and Life Partners began using its own money to pay premiums that it could not collect from other investors.  State and federal enforcement actions ensued. Bankruptcy came, and chapter 11 trustee Moran ousted management.  Policies remain open to this day, with obligations to be funded and administered according to the confirmed reorganization plan.

What a mess.We will discuss the various parties who sounded alarms over the years, the drawn-out unraveling process of the mysterious schemes of Life Partners, and the lead-up to the bankruptcy case filing in Part 2.

Brad Daniel is a Director at BMC Group, an information management firm specializing in financial and legal transaction support. He has 25 years of restructuring experience, with a broad exposure to all aspects of bankruptcy case administration and reorganized-company/trustee support. His expertise in both bankruptcy legal matters as well as systems integration and rapid application development… 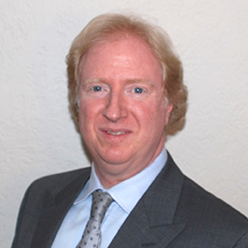 Previous Article PUBLIC NOTICE OF SALE BY AUCTION: Chapter 11 Debtor Educational Software Company Announces the Public Sale of All the Assets of the Debtor, Bid Deadline: 2/13/2017; Auction: 2/15/2017 in Chicago Next Article Reclamation of Reclamation Claims by the Delaware Bankruptcy Court in Reichhold Holdings