When is Your Company’s Attorney-Client Communication No Longer a Secret?

Imagine if every secret and strategy that you had ever shared with your attorney were laid open for the world to see. A trustee in a business bankruptcy case may well have the power to review, publish, and wield all of the debtor’s attorney-client communication, including those communications that the debtor’s principals reasonably believed were permanently encased in a fortress of secrecy. The trustee can thus gain major ammunition for claims against insiders, business partners, vendors, attorneys, accountants, advisors, and others.

The trustee’s acquisition of the privilege can jeopardize the objectives that the debtor’s principals intended to achieve by filing the bankruptcy case. Damaging material could include:

What is Corporate Attorney-Client Privilege?

According to the Federal Rules of Evidence, Rule 501 defines the attorney-client privilege as the legal protection that a person has against disclosure of written or oral communications with the person’s attorney. In a legal proceeding, if a party seeks to compel a person to turn over letters, e-mails or other communications that are protected by the attorney-client privilege, the person can refuse to turn them over.

In Upjohn Co. v. United States, 449 U.S. 383, 389 (1981), the court stated that this privilege “is the oldest of the privileges for confidential communications known to the common law,” and its purpose is “to encourage full and frank communication between attorneys and their clients and thereby promote broader public interests in the observance of law and administration of justice.”

The attorney-client privilege belongs to the client, although an attorney may assert the privilege on the client’s behalf. Such was the case in Sandra T.E. v. South Berwyn School District 100 in which the hired law firm, Sidley, argued that investigative interviews on behalf of the school district were protected under attorney-client privilege and work product doctrine, which protects documents prepared by a party and its legal representatives in anticipation of litigation.

However, there are limitations:

This privilege is not limited to individuals, but also applies to corporate attorney-client communication.

A business entity planning to file for bankruptcy must beware that its attorney-client privileged e-mails, letters, and other written and oral communications could fall into the hands of a bankruptcy trustee after the case is filed. The logic is outlined in the U.S. Supreme Court opinion in Commodity Futures Trading Comm’n v. Weintraub, which concerned a Chapter 7 case and Chapter 7 trustee. The Weintraub court reasoned that a corporation is an inanimate legal construct that is capable of acting only through its human agents. Ordinarily, the power to exercise the corporate attorney-client privilege rests with the corporation’s officers and directors. When control of a corporation passes to new management, authority to assert the attorney-client privilege passes as well.

When a Chapter 7 bankruptcy case is filed, control and authority of the corporation, its business and its assets pass to the Chapter 7 trustee, and the corporation’s officers and directors “retain virtually no management powers.” The Weintraub court concluded that the Chapter 7 trustee—not the corporation’s officers and directors—should control the debtor’s attorney-client privilege. Although it was decided over 30 years ago, Weintraub remains the controlling law on the question of ownership of the attorney-client privilege of a corporate debtor in Chapter 7 bankruptcy.1

In a 2014 Eastern District of Kentucky case, In re Black Diamond Min. Co., LLC, the court ordered Jones Day, the debtor’s Chapter 11 restructuring counsel, to turn over its entire file relating to its representation of the debtor to the liquidating trustee, including attorney work product and internal communications among Jones Day’s attorneys.

Debtors’ attorneys must use caution when communicating with debtors about confidential and strategic matters, both before and after the case is filed. Counsel should also advise the debtor’s shareholders, directors, officers, and other key players to use discretion in communicating with counsel, and to be aware of the risk that attorney-client communication could be disclosed to a bankruptcy trustee.

[Editor’s Note: To learn more about this and related topics, you may want to attend the following webinars: Help, My Business is in Trouble! And Legal Ethics – Bankruptcy Edition. This is an updated version of an article originally published on December 12, 2016.]

3. See, e.g., In re Black Diamond Min. Co., LLC, 507 B.R. 209, 214 (E.D. Ky. 2014) (focuses on trustee’s control of attorney work-product and “internal law firm document privilege,” rather than attorney-client privilege). In a case filed by an individual person which disposed of large amounts of business property, the court held that the attorney client privilege did not pass to the liquidating trustees. In re Hunt, 153 B.R. 445 (Bankr. N.D. Tex. 1992).

David Madden is an attorney with Sugar Felsenthal Grais & Hammer LLP in Chicago, Illinois.  He concentrates his practice in restructuring and creditors’ rights, commercial and probate litigation, and business transactions.

View all articles by David » 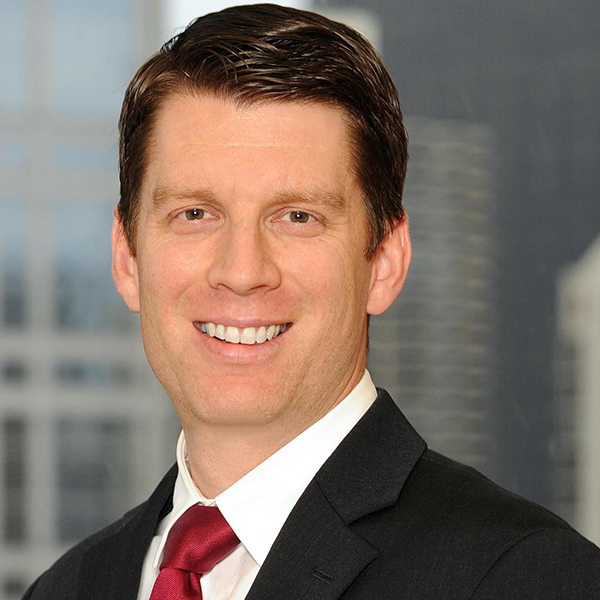