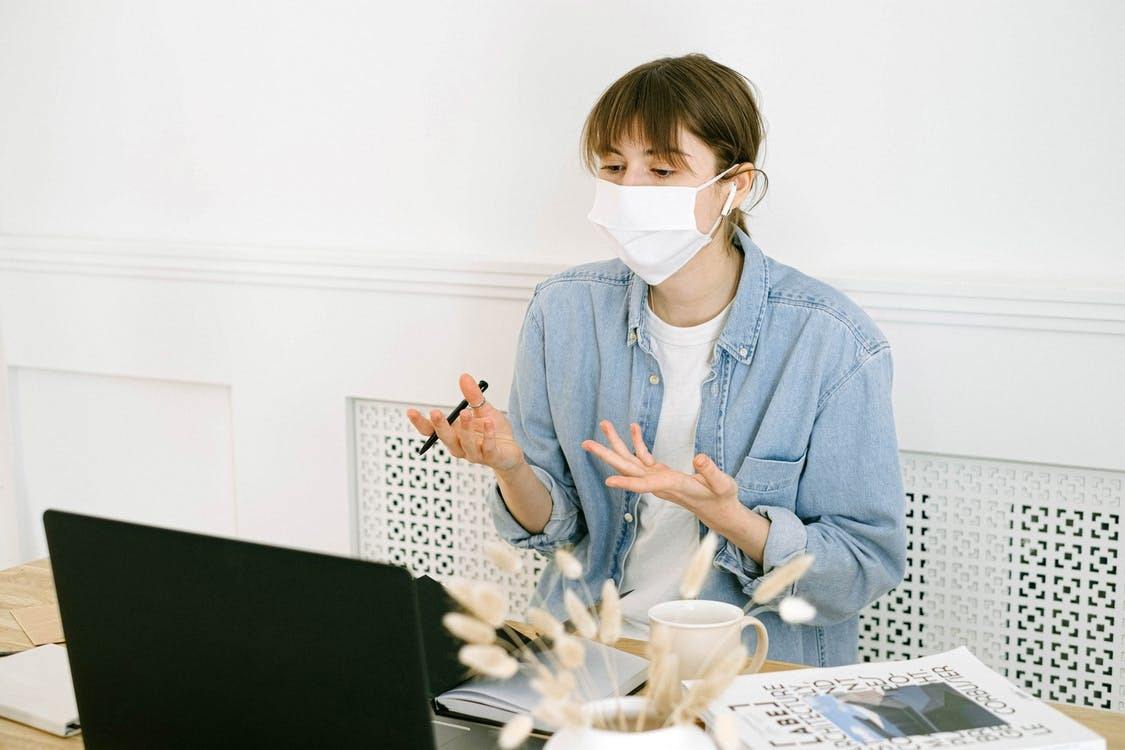 The SBA’s Views, Court Rulings and Options for Your Company

You need to restructure your debt and/or deal as soon as possible with assertive creditors. You want to preserve your company, and you would benefit (or already have benefited) from Paycheck Protection Program (PPP) funds as a bridge. What do you do? Can you risk Chapter 11? Are PPP loans for Chapter 11 debtors available? If not, what are your options?

The CARES Act – which has led to two rounds of funding thus far – has proven to be a mixed blessing. A half-trillion dollars in government-backed grant/loans have poured into the market to help struggling “small” businesses. The national public debate now rages around what the meaning of “small” means, even in the context of a statute and regulations that established such criteria. A secondary debate, but one of importance to companies already in financial distress—and the professionals tasked with helping them—is whether PPP loan funds under the CARES Act can be sought and ultimately disbursed to Chapter 11 debtors.

The Small Business Administration (SBA) takes the view that a company that receives PPP funds cannot restructure through Chapter 11. The SBA also states that a company currently in Chapter 11 cannot apply for PPP funds, and it has litigated that position in numerous pending Chapter 11 cases.

If you have already taken PPP funds and filed for Chapter 11, the SBA may deem a bankruptcy filing as a default and argue that the grant is now a loan. The SBA may contend that there was fraud based on the certifications required in the application. If you apply for PPP funds while you are in Chapter 11, the SBA (through its participant lender) will deny (or attempt to deny) your application.

Although the courts that have addressed this new issue have generally sided with the debtor (as discussed below), in the authors’ view, Chapter 11 presents on-going risks for a company that requires PPP funds to bridge the immediate future.

Background to the SBA’s Anti-Bankruptcy Position

The SBA’s view is not confined to PPP loans for Chapter 11 debtors, but is consistent with its position on its standard section 7(a) small business loans, as well. Both the SBA’s standard section 7(a) loan application, as well as the modified form of it used for the PPP program, ask whether “the applicant or owner of the applicant is the debtor in a bankruptcy proceeding, either at the time it submits the application or at any time before the loan is disbursed[.]” The section 7(a) application also asks if the applicant is “presently involved in a pending legal action.” In other words, are you being sued by your creditors? Or, for that matter, are you in a non-bankruptcy proceeding, such as a receivership?

Neither application unequivocally states that answering yes to either question disqualifies the applicant from funding, and numerous companies in Chapter 11 proceedings filed PPP loan applications with the first and second waves of funding. Recognizing that it had an issue, the SBA issued an interim rule on April 15–interpreting its own statute—stating that “providing PPP loans to debtors in bankruptcy would present an unacceptably high risk of an unauthorized use of funds or non-payment of unforgiven loans.” In other words, while the SBA is not issuing a blanket prohibition, the agency does not anticipate that it will find any bankrupt applicant for PPP funds to be worthy of the grant.

The Trend in Court Rulings on the SBA Position

Bankruptcy courts began facing this dispute over the SBA’s position in mid-April. In the most prominent example—the Chapter 11 case of the national café chain COSI, which filed in early May—the court determined that the SBA could deny COSI the opportunity to apply for a $3.7 million PPP loan. However, the general trend has been for bankruptcy courts to find for the debtor and issue injunctive relief requiring the SBA (or the lender handling the application) to process the PPP loan.

The courts that have ruled in favor of PPP loans for Chapter 11 debtors have generally relied on one of two grounds:

Section 525(a) of the Bankruptcy Code prohibits a governmental entity from denying a license or a grant to an applicant merely because it is in bankruptcy. Several courts have concluded that the PPP Loan is, in the first instance, a grant—that it may become a loan if certain conditions are met is not dispositive at the application stage. Therefore, an applicant cannot be denied the right to apply merely because it is in Chapter 11. (See, e.g., In re Springfield Hospital, Inc., Case No. 19-10283, Adv. Pro. No. 20-01003, Bankr. D. Vt.)

While the Supreme Court has held that federal agencies should be given broad latitude to interpret statutory programs that they administer (the “Chevron deference” standard”), that right does not extend to interpretations that are “arbitrary and capricious.” A handful of bankruptcy courts have held that the SBA’s blanket prohibition against granting PPP loans to bankrupt applicants is “arbitrary and capricious.” (See, e.g., In re NRP Lease Holdings, LLC, Case No. 3:19-bk-04607-CJJ, Adv. Pro. No. 20-00055, Bankr. M. D. Fla.)

The SBA has already appealed or stated that it will seek to appeal unfavorable rulings, and as a result, any funding risks being locked up in appeals and further litigation. The on-going efforts of certain legislators and prominent Chapter 11 professionals to change the SBA position on this issue are laudable, but it seems doubtful that any legislative amendment to CARES in favor of Chapter 11 debtors will occur, and even if it eventually occurs, PPP funds from current and any future funding may have dried up.

What Path, If Not Chapter 11? Other Out-of-Court Options

Chapter 11 may remain a company’s best restructuring option, but there are three out-of-court restructuring options that can preserve the company’s operations and jobs, and because they do not involve a court proceeding, they should not prevent a company in need from obtaining a PPP loan even under the SBA’s revised guidelines. Which option is best depends on the facts and circumstances of each company’s situation, but each can be used as a path to preserving the company’s operations as a going concern without preventing a company from seeking (and hopefully receiving) a PPP loan.

The first is what is known as a composition. This is a company-run restructuring of debt, typically done with assistance of counsel, in which a proposed restructuring akin to a Chapter 11 plan is offered to the company’s creditors. There is no court involved, and a plan can be implemented as a contract between the company and its creditors that reestablishes debt obligations and provides the company with a path forward under current ownership and management or, alternatively, through a liquidation process.

Assignment for the Benefit of Creditors and Article 9

The next two options are commonly used to preserve a company’s going concern value (and concurrently preserve jobs) where the only path is to take it through a sale of substantially all of its assets. The first is an assignment for the benefit of creditors (“ABC”), where the keys are turned over an assignee (acting as a trustee), typically to consummate a going concern sale. The second is an Article 9 sale under the Uniform Commercial Code, where a sale would be conducted for the benefit of a secured lender but can have benefits for the company and its employees if operations are continued.

The procedures for ABC’s vary from state to state. In some states (e.g., Indiana and Wisconsin), they are subject to court-supervision. In others, such as Illinois, an ABC is conducted entirely out of court. Thus, for an Illinois-based company that has received or may receive PPP funds, an ABC should not trigger SBA opposition since an ABC is not a bankruptcy and is handled outside of court. Similarly, Article 9 sales are conducted out of court and are not a bankruptcy.

The SBA may ultimately take a dimmer view, but in our opinion, a company that goes through an ABC, or through an Article 9 sale, should not be precluded from applying for PPP funds or, having received them, should not be subject to a later declaration of default by the SBA or its lender on account of a bankruptcy. (Note that the FAQs issued by the US Treasury and SBA specifically allow the acquirer of a business, whether stock or substantially all of a company’s assets, to use the historical data to apply for a PPP loan.)

As an added bonus, so long as the company uses the loan funds as provided in the CARES Act, the loan may be forgiven, further helping to solidify the financial position of the previously distressed small business and helping to save jobs—the intended purpose of the PPP loan program.

To learn more about managing a distressed company, attend our online event, OPPORTUNITY AMIDST CRISIS.

Co-produced by DailyDAC, this three hour on-line symposium is for business owners, corporate directors and officers, private equity professionals, and others seeking to learn the ins and outs of dealing with a financially distressed company—whether running one, buying one, or trying to get paid by one. Registrants will also receive on-demand access to watch at their leisure.

[Editor’s Note: To learn more about this and related topics, you may want to attend the following webinars: Help, My Business is in Trouble! And Chapter 11 Special Issues.]

Mark S. Melickian is a partner at Sugar Felsenthal Grais & Helsinger LLP in Chicago, and is head of the firm’s Restructuring, Insolvency, and Special Situations group.

View all articles by Mark » 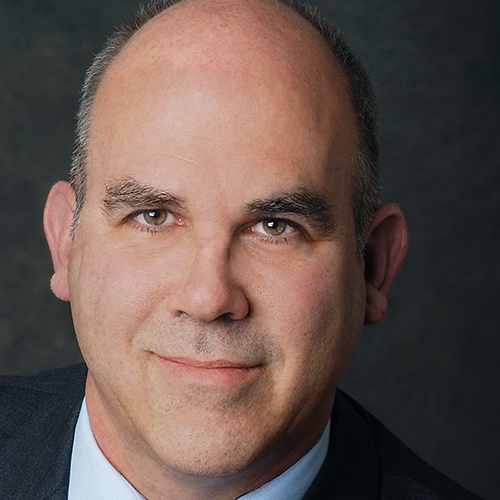 Jeremy chairs the Corporate Group at the Sugar Law Firm (Sugar Felsenthal), a national boutique serving the affluent and the companies they own or otherwise control. He advises his clients on significant transactions and operational issues in their businesses. Described by clients as "an essential business advisor" and "a partner in the success of my… 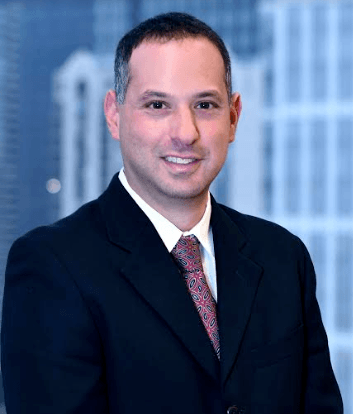 From Penthouse to Ground Floor: The Penthouse Magazine Bankruptcy January 20, 2021
Incorporation by Reference in UCC-1 Filings January 13, 2021
Law Firm Bankruptcies: The “Unfinished Business” Doctrine and the Jewel Waiver January 7, 2021
What Distressed Businesses and Their Counsel Should Know About the Consolidated Appropriations Act 2021 and Its Effect on the Bankruptcy Code December 29, 2020