How Far Can the Trustee Reach?

It is common practice that trustees will seek to recover or “clawback” fraudulent transfers made prior to the commencement of a Chapter 11 bankruptcy case. But what happens when all transfers by the debtor were fraudulent? And how far can the trustee reach to recover a transfer? Let’s look at one example of the trustee having broad and far-reaching power to clawback a fraudulent transfer.

Before its 2008 collapse, Bernard L. Madoff Investment Securities LLC regularly made cash transfers to its investors. Because Madoff Securities was part of a Ponzi scheme[1], those transfers were often the deposits of new investors.

Foreign investment funds located in the British Virgin Islands (BVI) and the Cayman Islands were among the recipients of the proceeds of Madoff’s fraud.  These firms invested their foreign clients’ funds with Madoff.[2] Those foreign investors might reasonably have expected to be able to keep what they received from their BVI-based investment manager, despite Madoff’s fraud. After all, how could a U.S. court decide that a transfer from one foreign entity to another be subject to a clawback and returned to a U.S. bankruptcy estate for the benefit of U.S. based creditors?

[Editor’s Note for more information on clawbacks and fraudulent transfers, please see How Unsecured Creditors Push Ahead of Lenders Who in Fact Invested, Part II – Clawback of “Loan Repayments”.]

Section 548 of the Bankruptcy Code allows a duly appointed bankruptcy trustee to avoid or set aside (commonly known as a clawback) transfers by a debtor that were made with “actual intent to hinder, delay or defraud” creditors.[3] Pursuant to section 550 of the Code, such transfers may be recovered from the debtor’s initial transferee or from subsequent transferees.[4] Thus, the Code seeks to prevent fraudsters from attempting to wash their transfers by sending fraudulently transferred funds to another and then receiving a retransfer, and protects creditors by allowing for recovery, in appropriate circumstances, from transferees several steps removed from the original fraud.[5]

[Editor’s Note: For more on fraudulent transfers, please see Fraudulent Transfer Remedies – How Much is Enough?]

The Bankruptcy Code is part of the domestic law of the United States and therefore it is presumed to apply only domestically.[6] In other words, the fraudulent transfer provisions of the bankruptcy code will not allow a trustee to avoid and recover transfers that are purely international.

Would these principles apply to a trustee’s efforts to recover a transfer from one international party to another where the funds were originally from a U.S. debtor? That question was recently answered by the United States Court of Appeals for the Second Circuit. On February 25, 2019, the Second Circuit ruled that Irving Picard, Madoff Securities’ trustee, could recover funds from the secondary international transferees.[7]

[For more information on preference actions and clawbacks, please see A Creditors’ Guide for Claims Against Bankrupt Customers: Getting Claims Paid and Preventing Claw-Back of Payments Received.]

On December 15, 2008, Madoff Securities was placed into liquidation under the Securities Investor Protection Act (“SIPA”). Picard was appointed trustee.[8] Among other things, SIPA establishes procedures for the orderly liquidation of failed broker-dealers and gives the appointed trustee the responsibility to collect and ratably distribute ‘customer property’ to the customers of the failed broker-dealer.[9] The failed broker-dealer may have transferred customer property prior to the liquidation. In that case, SIPA and the Bankruptcy Code allow the trustee to avoid and recover transferred property for distribution to customers.

The Second Circuit ruled that these transfers are domestic activity and therefore involve domestic applications of the bankruptcy code.[12] The appellate court vacated the lower court’s decision dismissing Picard’s complaints and remanded the cases for further proceedings. In its decision, the Second Circuit ruled that the district court had focused on the wrong part of the transaction – the feeder’s funds’ receipt of the cash transfer from Madoff Securities and onward delivery of those funds to its client. Instead, according to the Second Circut, the bankruptcy code’s fraudulent transfer provisions concern the debtor’s wrongful delivery of funds, not the transferee’s receipt of them. Here, the relevant transfer was by Madoff Securities, a domestic firm, from its domestic bank account to a foreign recipient. The Second Circuit ruled that the subject transfers were subject to clawback under the bankruptcy code.

This case is a reminder of the power of the Bankruptcy Code’s fraudulent transfer provisions and the benefit they can be to creditors that have been harmed by the debtor’s wrongful conduct. The lower court ruled that U.S. law did not permit recovery of the transfers to the foreign investors because they had no direct relationship with Madoff Securities and no reason to expect that U.S. law would apply to their relationship with the foreign feeder funds. The Second Circuit brushed aside these concerns.

First, the court noted that its decision did not apply U.S. law to the foreign investors’ relationship to the foreign feeder funds, but rather to Madoff Securities’ transfer to the feeder funds. The court ruled that the transfer from Madoff Securities to the feeder funds was a domestic transfer and therefore subject to avoidance under the Bankruptcy Code.[13] That this avoidance could lead to recovery from foreign investors with no direct connection to Madoff – they were not themselves Madoff investors and had no contractual relationship with Madoff Securities – was, in the Second Circuit’s view, entirely the point of section 550 of the bankruptcy code.

In summary, the Second Circuit’s decision stands as a reminder to those who deal with distressed business regardless of whether they are engaged in actual fraud that any funds they receive are subject to clawback by the long arm of the bankruptcy law.

Patrick Fitzmaurice is a partner at Troutman Sanders. Patrick’s practice focuses on representing lenders and other creditors in workouts, restructurings, litigation and bankruptcy matters. He has particular experience working with investment banks and other financial institutions to resolve matters involving derivative contracts and other complex assets. Patrick also represents clients in connection with fraudulent transfer… 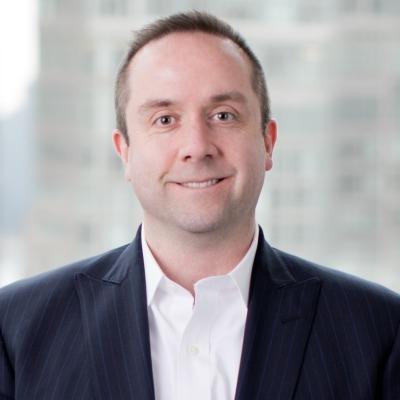 Previous Article PUBLIC NOTICE OF SALE BY TRUSTEE/ASSIGNEE: The Roy Houff Company & SJR Enterprises Next Article JOINT NOTICE OF PUBLIC SALE BY ORDER OF THE SECURED PARTY AND ASSIGNEE FOR THE BENEFIT OF CREDITORS OF MODAGRAFICS, INC.

90-Second Lesson: You Default on a Commercial Loan, What Happens Next? December 21, 2022
Dealing With Distress for Fun & Profit – Installment #16 – Super and Residual Priorities May 23, 2017
Advertisements