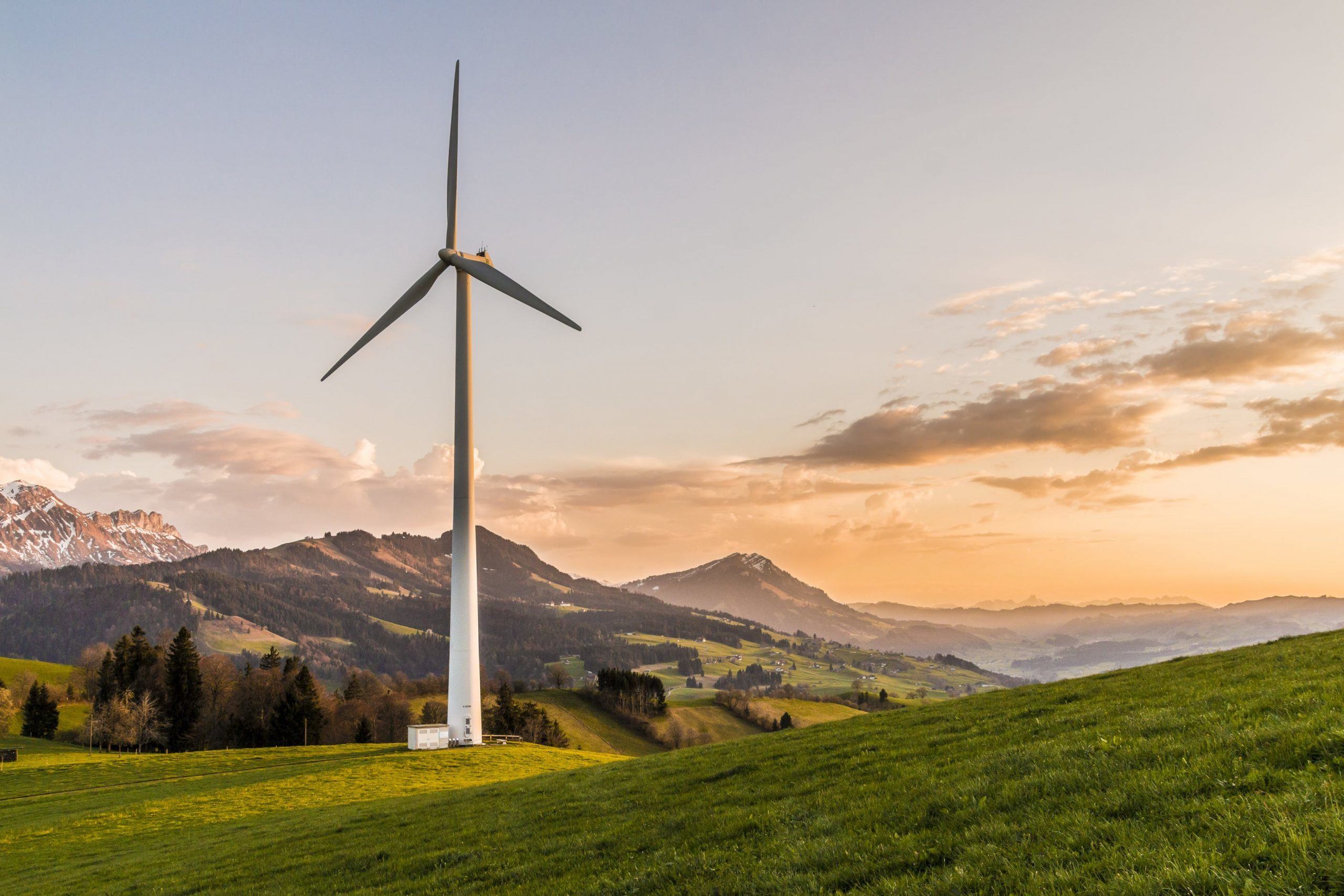 You would like to buy wind turbines in a lease-to-own scenario—that is, you would like to take possession of certain items and pay over time or in a lump-sum at some point in the future. You prefer this mode to an outright cash sale because of your other cash needs. Opportunity strikes with a section 363 sale, but its bidding structure does not allow a lease-to-own bid. Can you later challenge a 363 sale?

Your Options in Purchasing Assets

Wind Turbine, LLC has filed chapter 11 and intends to settle up with its secured creditors by selling its assets (i.e., wind turbines) through a section 363 sale to the highest bidder. You speak to the debtor’s investment banker about making a bid. The investment banker is seeking bids that would pay a lump sum of cash for the assets. Your proposal—to pay a premium for possession, and to close on the outright purchase of the transaction in the future—differs from the proposed bid structure, but it would net much more money for the debtor’s estate.

What can you do at this point? Contact the secured creditors with the most at stake, and who have agreed to the proposed bidding mode in order to persuade them to support a change in bidding modes? Take part in the auction in vain? Object to the motion to approve the sale (after the auction) on the grounds that your way of bidding would have yielded more proceeds than lump sum bids? In any scenario, you should engage experienced counsel. In the bidding context, the direction you choose at the outset can foreclose other options later.

Before and during its chapter 11 case, New Energy Corp. (“Debtor”) operated an ethanol plant in South Bend, Indiana. Upon filing its chapter 11 case, the Debtor proposed to sell most of its assets for cash paid in a lump sum through a public auction under section 363 of the Bankruptcy Code. The court approved bidding procedures that conditioned a party’s ability to bid and take part in the auction upon that party’s posting of a bond of $250,000. The auction was on January 31, 2013, and the winning bid of $2.5 million came from a joint venture of Maynards Industries (1991) Inc. and Biditup Auctions Worldwide, Inc. The U.S. Trustee (on behalf of the Debtor’s creditors) and the U.S. Department of Energy (the largest single creditor) supported the Debtor’s motion for court approval of the sale.

Natural Chem Holdings, (“Natural Chem”) wanted to buy the assets of the Debtor, but not in a lump sum. Natural Chem wanted to lease the plant for a year with an option to buy it for $4 million. Natural Chem’s proposal—arguably superior to the $2.5 million prevailing bid—was incompatible with the cash-up-front structure of the auction set by the bid procedures.

Two facts that turned out to be key: Natural Chem was not a creditor of the Debtor and did not post the bond per procedures approved by the court. Why did Natural Chem not post the bond? The bond exists to be forfeited (as partial compensation for the creditors’ losses from delay and the need to re-run the auction) if a bidder prevails at auction but fails to timely pay the sale amount (in cash, in this case).  Natural Chem was concerned that it would have to give up the substantial bond if it could not come up with, say, $3 million in cash.

We note that Natural Chem did not object to the bid procedures (for example, on the grounds that such a steep entry fee to the auction would chill bidding), and, instead, waited for the outcome of the sale to challenge the 363 sale approval by the court.

Why Natural Chem’s 363 Sale Appeal was Not Approved

In its objection to the court’s approval of the sale, Natural Chem asserted that the joint venture that prevailed at auction was created by collusion between bidders, which spoiled the competitive nature of the auction sale process. The bankruptcy court overruled Natural Chem’s objection. Natural Chem did not seek a stay in the bankruptcy court, so the sale closed.1 On appeal to the district court, Natural Chem argued that the sale should be undone pursuant to section 363(n) of the Bankruptcy Code, on the grounds that “the sale price was controlled by an agreement among potential bidders at a sale.”2

This is a serious allegation. Section 363(n) can undo a section 363 sale if the court finds that there had been an agreement, among potential bidders, that controlled the price at bidding.3 If collusion is found, a sale may be avoided, and the Debtor (or party bringing the motion) may recover consequential damages, costs, attorneys’ fees and punitive damages.4 Also, the parties found liable for collusion could be prosecuted.

The district court affirmed the bankruptcy court, and ruled that only the trustee can assert an objection to an auction sale premised upon section 363(n), for that section states that a “trustee” has the power to void a §363(b) sale.5 On appeal, the Seventh Circuit Court of Appeals affirmed.6

According to the court, Natural Chem asserted a legal theory it did not have the power to assert (for the Bankruptcy Code empowers only the trustee to assert section 363(n) to challenge a sale). Natural Chem had no business asserting any objection to the sale at all. Recall that Natural Chem was not a creditor of the Debtor and that it did not make a bid. The Seventh Circuit held that a party that is not a creditor and that did not bid at an auction sale does not have standing to contest the approval of the sale.

Did Natural Chem figure all along that it could get its way by challenging a 363 sale? If so, Natural Chem was wrong. Looking at the scenario with common sense, should any party with no claim against the debtor (and therefore nothing at stake) and with no bid made in the auction process (and therefore nothing at stake) be allowed to object to a sale? The Seventh Circuit said “No.”7

Don’t Shout Into the Wind… Try Another Method

So, if you want to buy wind turbines—or any other assets from a distressed seller—in a section 363 sale, but the seller has no interest in your lease-to-own mode of purchase, do not hold your cards close to your vest and wait to challenge the 363 sale after it’s approved. Even if you might have standing as a creditor,8 or you might acquire standing as a bidder, it will often be better to try other means (e.g., persuading secured lenders to change bid procedures, objecting to bid procedures motion) to re-calibrate the auction. If those attempts fail, you could consider stepping into the fray, complying with bid procedures, and placing a bid. You might win and get to buy the assets. If you do not win, you will at least have standing to object to the order approving the sale.

[Editor’s Note: To learn more about this and related topics, you may want to attend the following webinar: The Nuts & Bolts of a 363 Motion and Representing Asset Purchasers in Bankruptcy. This is an updated version of an article that was published on May 3, 2014.]

2.  Section 363(n) provides a means of negating the finality of a sale under section 363(m) where it is found that “a sale price is controlled by an agreement among potential bidders.” Such a scenario may be said to extinguish the premise of “good faith” that underlies the finality provided by section 363(m).

(n) The trustee may avoid a sale under this section if the sale price was controlled by an agreement among potential bidders at such sale, or may recover from a party to such agreement any amount by which the value of the property sold exceeds the price at which such sale was consummated, and may recover any costs, attorneys’ fees, or expenses incurred in avoiding such sale or recovering such amount. In addition to any recovery under the preceding sentence, the court may grant judgment for punitive damages in favor of the estate and against any such party that entered into such an agreement in willful disregard of this subsection.

7. Further, a party would be unwise to believe that evidence of collusion is a magic bullet to be used against a sale approval order. The courts in the New Energy Corp. case saw the Code as reserving the magic bullet to a “trustee” under the language of section 363(n).

8. By the way, it may be possible for you to create such standing by purchasing a claim from another creditor.

Dealing with Corporate Distress 10: All About “Claims” Outside Bankruptcy June 27, 2022
Assignee Unknown: The Curious Cases of SmartLabs, Shine Bathroom Technologies, Liftopia, GlassPoint, SolarReserve, Maker Media, & Toymail May 16, 2022
You Sued and Won. Now What? How to Enforce a Judgment in Illinois and Turn It Into Cash April 28, 2022
Important Issues and Developments When Filing a Proof of Claim April 7, 2022
Advertisements