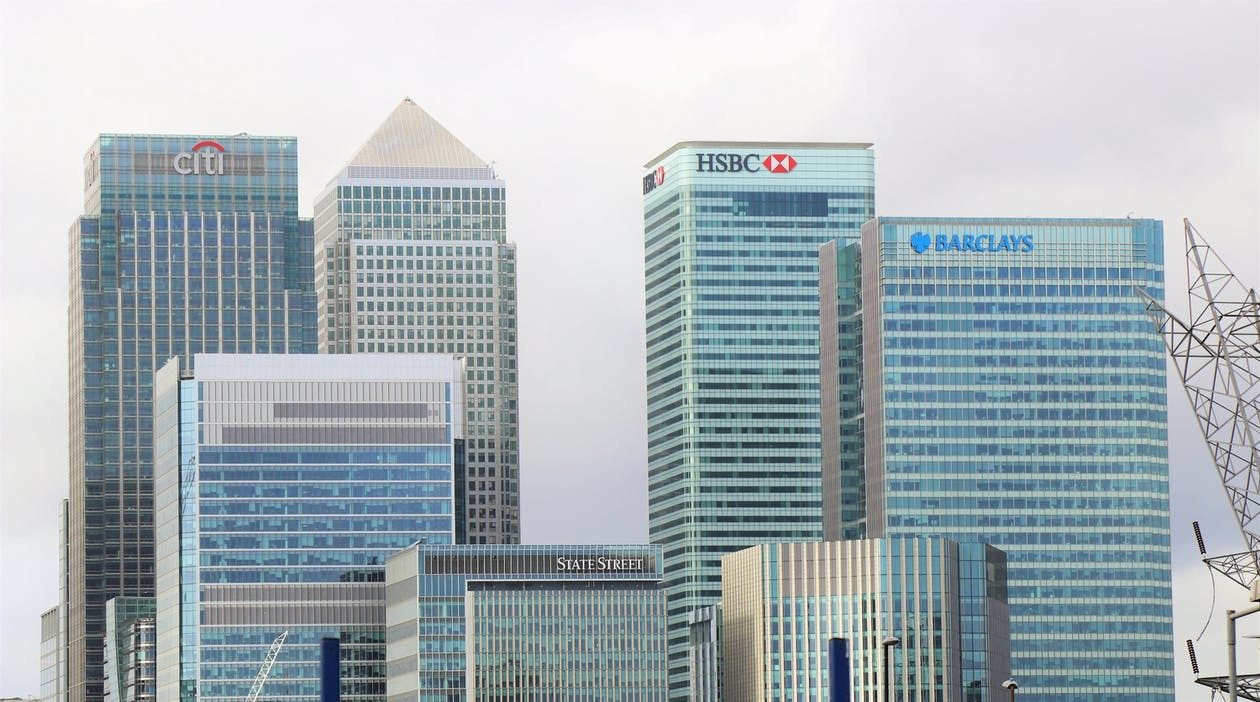 With the sharp slowdown in the economy, bank stocks have declined significantly, and, unlike the broad S&P 500 Index, have not recovered much of their lost value.  Year-to-date, our universe of 180 bank stocks has declined 31%, compared to the 6% decline in the broad market.

Driving the weak shares are concerns over higher credit losses, particularly in commercial real estate and small/medium business loans.  Banks have begun to increase their reserves, but the extent of further losses is not fully known.  A new accounting rule (Current Expected Credit Losses, or CECL) may improve visibility into future losses but requires banks to take larger upfront reserve charges, weighing on near-term earnings.

Also, interest rates have declined sharply, with 10-year Treasuries now yielding only a modest 0.70%, likely pressuring future lending margins.  Smaller banks may see additional cost pressure from a need to invest in better technology as consumers visit bank branches less frequently.  We would not be surprised to see some small/mid-sized banks sell to their larger peers.

Listed below are six banks whose weak share prices imply an overly dour economic outlook.  We would also include in this group previously recommended Bank of America and Citigroup which we sold at much higher prices (we sold BAC at 30.89 in July 2019 and C at 81.00 in January 2020).  Also, see this month’s Purchase Recommendation, Wells Fargo & Company (WFC).  Most have generous dividend yields that will compensate shareholders until the sector comes back into favor.

Citizens Financial Group (CFG) – Followings its 1988 acquisition by the Royal Bank of Scotland, Citizens grew rapidly through 25 acquisitions.  However, the global financial crisis led RBS to divest Citizens in 2015, with an initial public offering at $21.50.  Since then, Rhode Island-based Citizens has re-focused and built a solid $176 billion in assets regional banking franchise with a deposit and lending base that is diversified across industries and geographies. Investors worry about Citizen’s below-average 9.4% capital ratio and its rising spending as it expands its capabilities. However, its low P/TBV and 8.7x earnings multiple, and reasonably well-covered 6% dividend yield, make it appealing.

Fifth Third Bancorp (FITB) – Cincinnati-based Fifth Third operates over 1,100 branches in the Midwest and Southeast. The bank is reasonably well-managed, but surprised investors with its $5 billion purchase in 2019 of Chicago-based MB Financial. Also, its loan portfolio carries some risk from its exposure to shared national credits, particularly in the energy and leisure industries. However, the MB acquisition is going well, and Fifth Third has buttressed its 9.4% capital level with a sizeable 2.1% credit loss reserve. And, its large core deposit base and effective hedging and other balance sheet management efforts appear to position the bank relatively well for lower interest rates. Its low valuation, including the 7x post-recovery earnings multiple, and its well-covered dividend, offer good value.

First Horizon National Corp (FHN) – Based in Memphis, Tennessee, First Horizon shares offer investors a higher-risk yet higher-return opportunity.  The “risk” is derived from not only credit and lending margin pressures, but also from the pending purchase of 30 branches from the former SunTrust Banks and a soon-to-be-completed all-stock merger-of-equals with Louisiana-based IberiaBank.  While these deals could create a more powerful and cost-efficient franchise in the Southeast with a minimal cash outlay, large bank combinations generally don’t go as smoothly as planned.  Adding to the risks is First Horizon’s capital level which is reasonable at 8.5% but lower than many of its peers.   The “return” is driven by modest post-merger valuations of 1.1x tangible book value and 7.6x post-recovery earnings, along with the well-covered 6.1% dividend yield.

First of Long Island Corp (FLIC) – This small-cap bank has a sturdy franchise of 52 branches throughout Long Island (New York).  Conservatively managed with strong capital and below-average operating costs, the bank’s asset quality is exceptionally high, as its non-accruing loans were only 0.04% of total loans through late last year.  Key to its success is its strict credit approach and focus on single-family mortgages.  Its earnings cover the dividend by a factor of two.  Insiders own nearly 6% of the stock, which trades at 10.7x estimated 2021 earnings.

People’s Utah Bancorp (PUB) – This well-run bank continues to show impressive results.  Based just south of Salt Lake City, People’s Utah Bancorp completed its initial public offering in 2015 at $14.50.  Insiders continue to own 13%.  The bank has solid capital (at 12.7%) and loss reserves (2.5% of loans), and produced a healthy 14% return on equity last year.  Its local markets historically have strong growth driven partly by technology companies, and its loan exposures are tilted toward the housing market which we believe will remain robust.  The bank’s excess capital contributes to its slightly elevated P/TBV multiple, but earnings should continue to grow as it deploys its oversized cash position (at 30% of assets).  With its shares down 27% year-to-date, and yielding 2.4%, the shares appear ready to weather the worst likely storm and thrive when the clouds clear.

PNC Financial Services (PNC) – PNC is the 6th largest bank in the country by market capitalization.  Based in Pittsburgh, the bank’s core physical branches are in the Midwest, Texas and the Southeast, while it also offers digital banking services across the country.  Earlier this month, PNC sold its 22% stake in Blackrock (BLK), the investment management giant, yielding over $10 billion in net proceeds.  While the sale will leave an $800 million hole in PNC’s earnings (resulting in an artificially elevated P/E ratio), we believe the bank will use its new-found cash to acquire another bank, perhaps at a discounted price as it did in 2011 when it acquired RBC’s U.S. banking operations for $3.5 billion.  If no worthy deal is found, the bank may repurchase its shares. The stock offers an appealing and well-covered 4.0% yield.

[Editor’s Note: This article is reprinted from the June edition of The Turnaround Letter. The goal of The Turnaround Letter, founded in 1986, is to provide insight into potential turnaround situations and to recommend stock purchases that it feels have potential for large and/or imminent increases. Subscribe here and enter “FinPoise” at checkout for a discount up to 20%. Disclosure: DailyDAC receives a share of sales associated with the use of this code.]

About Reprinted by permission from The Turnaround Letter

View all articles by The Turnaround Letter (reprinted with permission) »

Previous Article 90 Second Lesson: What is the Difference Between Recharacterization and Equitable Subordination? Next Article Convertible Securities: Appealing in this Uncertain Market

Legacies of the Jevic Case: Structured Dismissals Five Years after the Fall January 19, 2022
Dealing with Corporate Distress 09: All About “Claims” in Bankruptcy January 14, 2022
Subchapter V of Chapter 11: A User’s Guide October 18, 2021
Not Necessarily Free and Clear: Purchasing Real Estate Property in a Section 363 Sale August 28, 2021
Advertisements