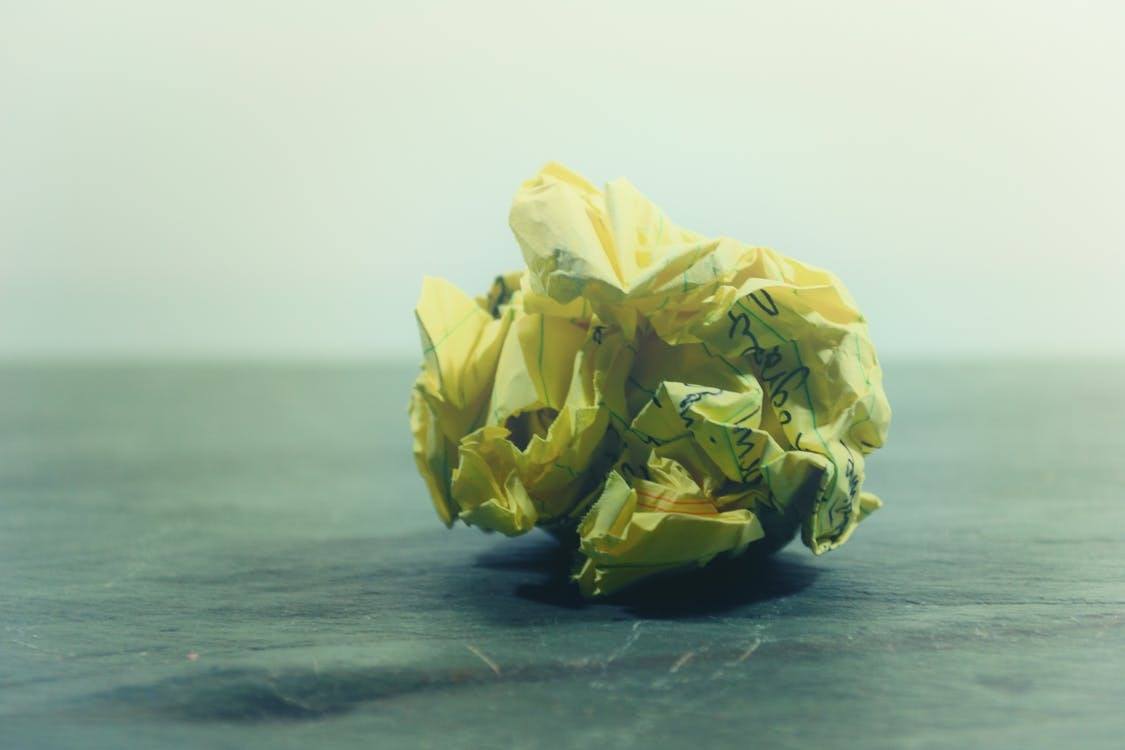 August 25, 2020 – In an unusual twist to an unusual asset sale process, the Court hearing the Northwest Company cases approved the $31.46mn sale of the Debtors’ assets to Ashford Textiles, LLC and Ashford Partners, LLC (together, “Ashford” or “Purchaser”) [Docket No. 301]. The asset purchase agreement (the “APA”) governing terms of the sale is attached to the order as Exhibit 1.

On August 7th, the Debtors named Ashford as the back-up bidder, with Cathay Home, Inc. (“Cathay”) named as the successful bidder, notwithstanding that the Cathay bid was lower than that of Ashford by $2.3mn. The Debtors justified the selection of the Cathay bid based on their contention that the higher bid of Ashford included intangible “execution risks” that rendered the latter bid inferior. In response, Ashford countered that it had addressed individually and holistically those perceived risks in communications with the Debtors and in Court filings.

As a result, Ashford argued that its bid was higher and should be declared the winning bid outright; but also had a fallback request that the auction be re-opened based on its view that the “sale process was flawed and ultimately unfair to both Ashford and Debtors’ estates.” The auction was not, however, re-opened, with the sale hearing apparently served as an opportunity for the “flawed” process (arguably denying the Debtors’ estates the chance to benefit from a competitive auction) to continue through to a fair and value-maximizing conclusion with the Court noting that: “an opportunity was presented for any interested party to make a higher or otherwise better offer to purchase the Purchased Assets and assume the Assumed Liabilities.” Apparently Cathay did not do so, leaving the Debtors obligated to take the Ashford bid, which will have made them extremely unhappy notwithstanding the increased recovery for the Debtors’ estates. As we reported earlier, and summarize below, the “intangible” behind the choice of the lower Cathay bid was probably less related to “execution risk” than a bitter history between Ashford and the debtors which had devolved into something of a family feud (pitting Ashford’s Guo brothers against the Auerbach family).

The Court’s order notes that “the Debtors, after consultation with the Committee and CIT Group/Commercial Services, Inc. (“CIT”), having determined that the Purchaser has submitted the highest or otherwise best bid for the Purchased Assets and determined that the Purchaser is the Successful Bidder (as defined in the Bidding Procedures), in accordance with the Bidding Procedures.” When and why the Debtors engaged in their 180 degree turn is not clear, nor is the role of Cathay in the sale process’s last stages. The last written input from Cathay (August 18th, Docket No. 287) stated: “Cathay was selected as Successful Bidder in accordance with the terms of the Bidding Procedures, which were both approved by this Court and agreed to by Cathay and Ashford. According to those procedures, once Cathay’s bid was selected, the Auction was closed, thereby precluding either bidder from making subsequent bids, and the Debtors were no longer permitted to review or accept additional bids. Simply put, the late Ashford Bid is contrary to these agreed-to terms, and therefore should not be considered…. Notwithstanding the late bid, the Debtors, the Official Committee of Unsecured Creditors (the ‘Committee’), Independent Manager, and principal secured Creditor, CIT Group / Services, Inc., continue to unanimously support Cathay as the Successful Bidder.

The Debtors’ former 20% shareholder (Extreme Horse Limited or “Extreme Horse”) has weighed in supporting the Ashford bid. That bit of support, however, has to be seen in the context of Extreme Horse’s efforts to have the Debtors’ cases converted and the familial relationship of Extreme Horse and Ashford discussed further below.

More than “execution risk,” the Debtors’ reticence to turn over the keys of a family business seems to be about another intangible, a series of historically fraught relationships involving (i) the Debtors and the management of their [majority) family-owned business on the one hand and (ii) Ashford, the Debtors’ largest supplier, and 20% shareholder Extreme Horse on the other.

In Petition date filings, the Debtors’ former CEO Auerbach pointed the finger squarely at Ashford when explaining the Debtors’ loss of a critical Walmart contract and the need to file for bankruptcy protection, claiming: “certain products supplied by Ashford Textiles USA LLC, a key vendor of products to the Debtors, suffered significant quality control issues that caused Walmart to first reduce, then cancel, the Debtors’ participation in its juvenile bedding modular program. Such programs are a key source of sales for the Debtors.

In a July 21st filing, Ashford noted that the recent departure of Auerbach opened up the possibility for a meaningful role for Ashford as a potential bidder, but also wondered why it had not otherwise been contacted by the Debtors’ investment bankers: “According to the Sales Procedure Motion, Debtors retained investment bankers and purportedly initiated a ‘broad, robust and fair’ marketing process that included ‘a buyer list of 90 parties, of which 83 were directly contacted.’ Yet Ashford, an obvious potential purchaser, was not among the parties directly contacted. Neither was Ashford contacted by the Committee’s investment banker. While Ashford was obviously aware of the on-going sale process, it was reluctant to participate as long as Mr. Auerbach was in control of Debtors. On Friday, July 17 Ross Auerbach was effectively removed from management of Debtors and his ability to influence the parameters of the sale process was eliminated sufficiently to permit Ashford to participate without fear of reprisal.

Reprisal? That sounds rather dramatic, but perhaps not unwarranted. Turning to the input of Extreme Horse which has written a letter to the Court in favor of the Ashford bid: “To the extent that the Debtors (or any other party) have any remaining legitimate concern about Ashford’s ability and willingness to execute on its bid (and none are apparent to Extreme Horse), the filing of the Irrevocable Ashford Bid should make it clear beyond dispute that Ashford is willing to resolve those concerns if those concerns are clearly relayed to Ashford. Extreme Horse, accordingly, strongly urges the Debtors…to maximize estate value by accepting that bid.

Extreme Horse and Ashford, however, have a relationship: their respective owners are brothers. The Guo brothers, who are also joint owners of a factory in China where Ashford manufactured the allegedly defective products, are involved in long-running and bitter litigation with the Debtors in California (the Debtors, until the departure of Ross, also managed by brothers, Ross and Glenn Auerbach, sons of the Debtors’ founder Shay Auerbach)

Ashford’s “Opposition of Sale” states: “At the end of the second day of the auction for Debtors’ assets, Cathay Home, Inc. (‘Cathay’) was declared the winner despite the fact that Ashford’s bid was over $2.3 million higher, and matched Cathay’s bid in all other significant respects. Debtors provided no explanation for the seemingly anomalous result.

Four days later, Debtors and the Consultation Parties filed a number of declarations in an attempt to justify their decision. Reduced to their essence, the declarations contend that Ashford posed too high of an “execution risk” primarily because, according to the declarants, Ashford was unlikely to obtain the consent of Debtors’ licensors. That conclusion is clearly erroneous and based on misinformation and a basic misunderstanding of Ashford’s abilities, experience and relationship with the licensors.

Nonetheless, as discussed in detail below, after the auction Ashford offered a revised bid (also filed with the Court) that eliminated any perceived execution risk (the ‘Irrevocable Bid’). Specifically, Ashford committed to close the sale even in the extremely unlikely event that it was unable to obtain any licenses. Further, Ashford committed to make the estates whole on account of any claims resulting from rejection of any of the licenses, among other obligations for which Ashford agreed to be responsible. To back up its Irrevocable Bid, Ashford escrowed over $40 million in cash with its counsel. Undoubtedly, Ashford’s Irrevocable Bid was (and is) far better for the Debtors’ estates. Again, however, Debtors rejected Ashford’s bid. The sale process was flawed and ultimately unfair to both Ashford and Debtors’ estates. For that reason and because the Irrevocable Bid maximizes value to the estates, the Court should exercise its authority to declare Ashford’s Irrevocable Bid the highest and otherwise best bid, and Ashford the successful bidder. Short of that, the Court should order that the auction continue under the Court’s supervision to ensure a fair, unbiased and appropriate outcome.