A Solvent Debtor Is Not an Oxymoron

Suppose that your borrower or customer files a chapter 11 case.[i] You do not like this because you’ll almost certainly not collect the full amount owed to you and to get anything you’ll have to get involved with a bankruptcy case and hire attorneys. Your discontent becomes fury when you determine that your borrower or customer is not even broke. You’ve never heard of a solvent debtor. Can you get this case dismissed? Doesn’t a company have to be insolvent in order to file bankruptcy?

[Editor’s Note: For more on what a creditor should know, please see What Every Secured Creditor (And Its Lawyer) Should Know About Chapter 11.]

Let’s look at the situation through the debtor’s (that is, your borrower’s or customer’s) eyes: it is experiencing financial distress and all signs are that things will get worse. In due course, the debtor is reasonably sure it will run out of money and will not be able to keep current with suppliers.

Under these circumstances, a chapter 11 case may permit the debtor to sell its assets as a going concern to a stronger company, or restructure financially and operationally (i.e., become leaner and meaner) and avoid liquidation. Should it have to wait until it hits the iceberg to change direction?

There are a number of grounds on which creditors can have a bankruptcy case dismissed. Solvency, however, alone, will not suffice: there simply is no requirement that a company (or a person) be insolvent to file bankruptcy. The question, rather, is whether the filing serves a legitimate reorganization purpose.

[Editor’s note: For more on distressed companies, please see The Lifecycle of a Distressed Company.]

Bankruptcy Code §101(32) defines “insolvency” (for entities other than municipalities and partnerships) as the “financial condition such that the sum of such entity’s debts is greater than all of such entity’s property, at a fair valuation.”[ii] But the Code’s §109(d), which sets forth eligibility requirements for an entity to file for chapter 11 relief, neither requires nor is premised upon a requirement that the entity be insolvent.[iii]Bankruptcy Code §1112 provides that a creditor or other party in interest may move to dismiss the chapter 11 case for “cause”[iv] and provides a long list of cause examples of “cause.”[v] The solvency of the debtor is not on the list.

The Purpose of Chapter 11: Rehabilitation, not Burial

In the Johns-Manville bankruptcy case, an Judge Burton R. Lifland of the U.S. Bankruptcy Court for the Southern District of New York[vi] reviewed the Bankruptcy Code and the policy behind it to conclude that, “[t]he reorganization provisions of the Code were drafted with the aim of liquidation avoidance by great access to Chapter 11.”[vii] “Liquidation avoidance” logically requires corporate restructuring well in advance of the reading of last rites.

There are numerous examples of clearly solvent debtors filing bankruptcy and not being tossed out.

In order to forestall forfeiture of its favorable leasehold, Capital Foods filed a chapter 11 case. The lessor moved for dismissal, relying upon Capital Foods’ representation that it was solvent at the time it filed the chapter 11 petition (indeed, with the lease in place, it had adequate cash flow to pay its past and ongoing debts), could pay its unsecured debts without liquidating its assets, and thus had no present need for bankruptcy protection.[xi] The court denied the motion, observing that imminent catastrophic events, like the prospect of Capital Food losing its lease or the hypothetical example of a threatened foreclosure on real property essential to a successful reorganization, provided ample justification for filing, since the filing would serve two primary purposes of chapter 11 relief: the preservation of businesses as going concerns and the maximization of assets recoverable to satisfy unsecured claims.[xii]

A more recent case involving solvent debtors fending off dismissal was In re General Growth Properties, Inc. the debtor owned a large number of retail malls. It found itself unable to refinance a courtesy, at least in part, to the great financial crisis.[xiii] Unable to obtain the refinancings on which the debtors routinely relied, the debtors’ parent began to draw down its operating cash flow to meet regular expenses and financial obligations, leaving its development and redevelopment commitments to go begging.[xiv] Crucially, notwithstanding a “stable and generally positive cash flow,” the group of debtors faced a massive amount of debt that would be maturing over the next several years The debtors justified their filing on those coming maturities and the court agreed.[xv]

In sum, solvent debtors can survive motions to dismiss the chapter 11 cases where they face an existing and worsening litigation crisis of massive dimensions (Johns-Manville), an imminent undoing of an essential support for their ongoing businesses (Capital Food), or a portentous wave of debt maturities under conditions of severe credit uncertainty (General Growth Properties).

Solvent Debtors Exposed to Dismissal of Their Chapter 11 Cases

In order to survive a motion to dismiss, the solvent debtor must have filed their petition in good faith. The burden falls to the debtor to show that their filing was in good faith. [xvi] The court will do an intensive fact review of the totality of the case to determine if the filing is acceptable or in bad faith. [xvii] A good faith determination is essential to ensure “that the Bankruptcy Code’s careful balancing of interests is not undermined by petitioners whose aims are antithetical to the basic purposes of bankruptcy.” [xviii]

Investigated by the U.S. Department of Justice for alleged price-fixing, then subjected to a class action antitrust lawsuit by steel producers, SGL Carbon Corporation – a leading producer of graphite electrodes in steel production – filed a chapter 11 case.[xix] The debtor was solvent and denied that it had any serious insolvency or credit problems to be addressed in chapter 11.[xx] In a press release, the debtor announced that it filed bankruptcy “’to protect itself against excessive demands made by plaintiffs in civil antitrust litigation and in order to achieve an expeditious resolution of the claims against it.’”[xxi]

The Third Circuit determined that there was no evidence that possible antitrust judgments could force debtor out of business and that the debtor’s filing of a chapter 11 case solely to gain a tactical advantage in litigation was not a valid reorganizational purpose.[xxii] The court granted the creditor committee’s motion to dismiss.

A creditor might well succeed in moving to dismiss a chapter 11 case filed solely to secure a litigation advantage in the absence of financial distress. In the Johns-Manville case, Judge Lifland identified abuses that could implicate “bad faith” on the part of the debtor, justifying dismissal of the chapter 11 case, including the following:

[Editor’s Note: This article is an update of an article originally published in February 2014.]

[i] Portions of this article are reprinted and/or drawn from Commercial Bankruptcy Litigation, 2d Ed. (West, 2019) at section 4:9, with permission of Thomson Reuters. For more information about this publication, please visit www.legalsolutions.thomsonreuters.com.

[ii] See 11 U.S.C. § 101(32). Not included in the assets side are all fraudulently transferred or concealed property, and property exempt from execution by creditors.

[v] See 11 U.S.C. § 1112(b)(4), which identifies the following as examples of “cause”:
(A) substantial or continuing loss to or diminution of the estate and the absence of a reasonable likelihood of rehabilitation;
(B) gross mismanagement of the estate;
(C) failure to maintain appropriate insurance that poses a risk to the estate or to the public;
(D) unauthorized use of cash collateral substantially harmful to 1 or more creditors;
(E) failure to comply with an order of the court;
(F) unexcused failure to satisfy timely any filing or reporting requirement established by this title or by any rule applicable to a case under this chapter;
(G) failure to attend the meeting of creditors convened under section 341 (a) or an examination ordered under rule 2004 of the Federal Rules of Bankruptcy Procedure without good cause shown by the debtor;
(H) failure timely to provide information or attend meetings reasonably requested by the United States trustee (or the bankruptcy administrator, if any);
(I) failure timely to pay taxes owed after the date of the order for relief or to file tax returns due after the date of the order for relief;
(J) failure to file a disclosure statement, or to file or confirm a plan, within the time fixed by this title or by order of the court;
(K) failure to pay any fees or charges required under chapter 123 of title 28;
(L) revocation of an order of confirmation under section 1144;
(M) inability to effectuate substantial consummation of a confirmed plan;
(N) material default by the debtor with respect to a confirmed plan;
(O) termination of a confirmed plan by reason of the occurrence of a condition specified in the plan; and
(P) failure of the debtor to pay any domestic support obligation that first becomes payable after the date of the filing of the petition.

[vi] Judge Lifland has died and has been mourned universally as a great judge.

[xxii] Id. at 162-63 & 166.We note that the debtor proposed a plan at the outset of the case that was consistent with the goal of pressuring its litigation opponents, and which provided that: (1) all claims would be paid in full except those of antitrust plaintiffs, who would receive credits against future purchases of Debtor’s product; and (2) any action against Debtor’s affiliates related to the claims against Debtor would be barred Id. at 157.

[xxiii] In re Johns-Manville Corp., 36 B.R. 727, 738 (citations omitted). We will look in detail at the “bad faith” standard in future articles on the Commercial Bankruptcy Litigation site.

View all articles by Renee » 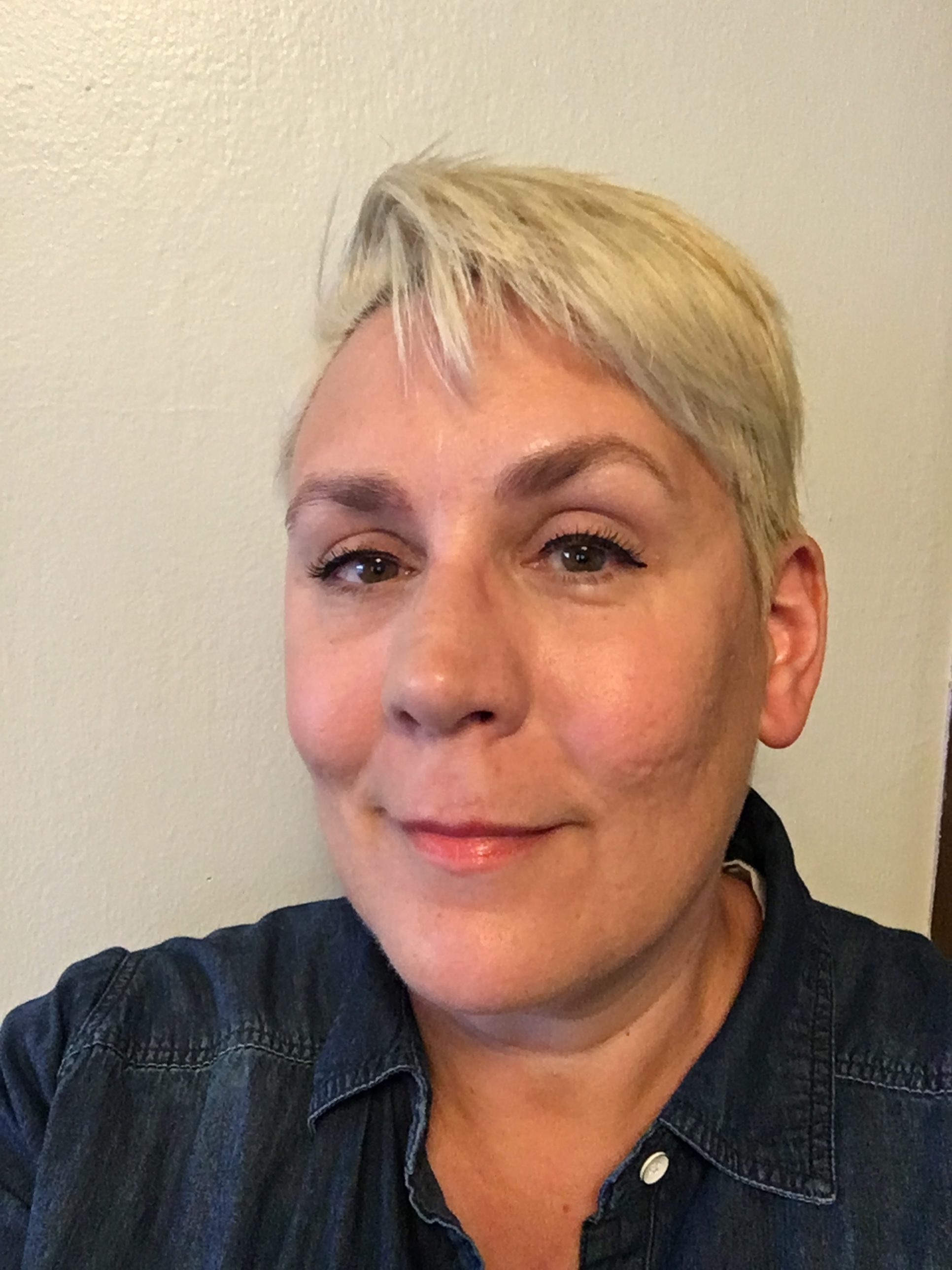 Previous Article 90 Second Lesson: To Stalk or Not to Stalk? Why be a Stalking Horse Bidder? Next Article What to Do In the Event of a Customer Bankruptcy

90 Second Lesson: What is a Chapter 15 Proceeding of the Bankruptcy Code? October 18, 2019
When a Seller of Real Property Files for Bankruptcy Before Closing August 23, 2019
Fancy Filing: Can They File a Chapter 11 Bankruptcy Case Just to Gain a Litigation Advantage? May 16, 2019

Investing Basics Installment #1: What is Stock? And Should You Buy Some?

How to Get COVID-19 Related SBA Disaster Loans