The Robbins Company (“Robbins”) is one of the world’s foremost providers of advanced, underground construction equipment and services, including Tunnel Boring Machines (TBMs) and related equipment such as conveyors and cutters.

Robbins’ TBMs and cutters have excavated more hard rock than all of Robbins’ competitors combined. Robbins has built its reputation for nearly 70 years, developing a global brand with rep agreements or subsidiaries in 27 countries, historically generating approximately 90% of revenues outside of the United States. It is believed that Robbins’ EBITDA will average at approximately $3 million per year over the next four years.

Robbins was placed in receivership in the Cuyahoga County Court of Common Pleas (Case No. CV-19-921031) (the “Court”) in October 2019. The receivership action was initiated by Lok Home, the President, a large creditor, and a minority shareholder of Robbins, as part of an overall effort to improve Robbins’ liquidity, address corporate governance issues, and effectuate a restructuring of the company’s financial affairs. On October 7, 2019, Inglewood Associates LLC, through its CEO/Managing Director, John K. Lane, was appointed receiver (the “Receiver”) over Robbins.

The Receiver is conducting a sale process for the sale of Robbins, and he has received a stalking horse bid including the purchase of substantially all of Robbins’ assets and the assumption of certain liabilities. This bid is subject to overbids and the approval of the Court. The Receiver has commenced an overbid process, and all qualified bids must be submitted by Monday, December 14, 2020 at 12:00 p.m. If the Receiver receives any overbids by that date, he will hold an auction on December 16, 2020. It is expected that the transaction will close no later than January 31, 2021. Details on the bidding procedures are available from the Receiver. Investment considerations about Robbins are as follows: 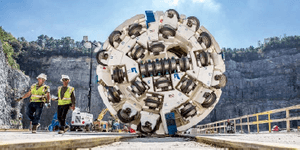 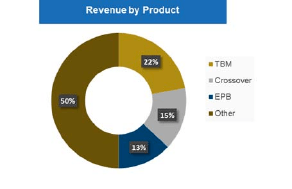 DailyDAC™ is the oldest, most trusted, and most widely used provider of public notices of asset sales and case commencements, and other important notices involving companies in financial distress in the United States and Canada. DailyDAC™ public notices are used by bankruptcy trustees, chapter 11 debtors in possession, federal and state court receivers, and secured parties disposing of their collateral under Article 9 of the Uniform Commercial Code or other state law trust (and their respective auction firms, law firms, and other agents). Learn more.

Many sales of distressed companies and distressed business assets are not widely advertised. If you are buyer of such companies or assets, you may be well served by becoming a paying subscriber to Distressed Deal Data™. Find out more.

Get More Info on Listing Your Sale

Published on November 27, 2022 • By The Financial Poise Editors

Published on November 23, 2022 • By Maryan Pelland
View All Articles on Financial Poise