On May 20, 2019, the United States Supreme Court resolved what, according to the International Trademark Association, had been “the most significant unresolved legal issue in trademark licensing.” In an opinion delivered by Justice Kagen[1], the Court held 8-1 that under Section 365 of the Bankruptcy Code, a debtor’s rejection of a trademark license does not revoke the license and the licensee can continue to exploit the licensed trademark.

In this case, the Debtor, Tempnology, had licensed its trademark and logo to Mission. After filing for bankruptcy, Tempnology rejected the license agreement, which it is permitted to do under the relevant provisions of the bankruptcy code. Rejection of the contract is a breach of the contract. Rejection gives the non-debtor counterparty a pre-petition claim for damages resulting from the breach and relieves the debtor of its obligations to perform in the future under the contract. But, does the rejection mean that the non-debtor loses its rights under the agreement? Put in the context of the Tempnology case, after the rejection of the trademark license, can Mission continue to exploit the license or do its rights vanish with the rejection?

Earlier, the First Circuit Court of Appeals had ruled that Tempnology’s rejection of its trademark license with Mission vitiated any rights Mission had already acquired under the license. The First Circuit held that a debtor’s rejection of a contract is effectively a rescission of that contract, putting the parties in the same position they were in before the contract was entered into. According to the court, rejection under the Bankruptcy Code was designed to free a debtor of executory obligations, and the residual burdens associated with the continuation of the trademark license would degrade the debtor’s fresh start options.[2]

On appeal, the Supreme Court reversed. The Court ruled that rather than being a rescission of the license, Tempnology’s rejection of the contract was equivalent to a mere breach of the agreement. In a non-bankruptcy court, there is no dispute that Tempnology’s mere breach of the license agreement would not have vaporized Mission’s already obtained – and paid for – right to continue to exploit the licensed trademark. The Court’s ruling recognized that rejection of a contract—any contract—in bankruptcy operates not as a rescission of the contract but as a breach in the same manner as if the breach had occurred outside of bankruptcy.

Many groups, including the International Trademark Association, believe that this decision will enhance the value of trademark licenses and promote the stability of the trademark system.[3] These groups believe that

(1) licensors will benefit because licensees will pay more up front or in royalties for licensed rights that survive a potential bankruptcy filing by the licensors;

(2) licensees will benefit by not suddenly finding their rights rendered valueless by the licensors decision to terminate a trademark license agreement; and

(3) the American public will be better off as the ultimate beneficiary of a strong trademark system, the consumer can rely on healthy trademarks as indicators of source and quality.[4]

Beyond the significance in trademark licensing, the Court made clear that its decision is intended to apply to all executory contracts, thereby extending the reach of its impact far beyond trademarks.

Today, we hold that both Section 365’s text and fundamental principles of bankruptcy law command the first, rejection-as-breach approach. We reject the competing claim that by specifically enabling the counterparties in some contracts to retain rights after rejection, Congress showed that it wanted the counterparties in all other contracts to lose their rights. And we reject an argument for the rescission approach turning on the distinctive features of trademark licenses. Rejection of a contract— any contract—in bankruptcy operates not as a rescission but as a breach.[5]

The Court also held that section 365 does not operate to relieve a debtor from complying with applicable non-bankruptcy law.

Here, Section 365 provides a debtor like Tempnology with a powerful tool: Through rejection, the debtor can escape all of its future contract obligations, without having to pay much of anything in return.  See supra, at 3. But in allowing rejection of those contractual duties, Section 365 does not grant the debtor an exemption from all the burdens that generally applicable law—whether involving contracts or trademarks—imposes on property owners. See 28 U. S. C. § 959(b) (requiring a trustee to manage the estate in accordance with applicable law). Nor does Section 365 relieve the debtor of the need, against the backdrop of that law, to make economic decisions about preserving the estate’s value—such as whether to invest the resources needed to maintain a trademark. In thus delineating the burdens that a debtor may and may not escape, Congress also weighed (among other things) the legitimate interests and expectations of the debtor’s counterparties. The resulting balance may indeed impede some reorganizations, of trademark licensors and others. But that is only to say that Section 365’s edict that rejection is breach expresses a more complex set of aims than Tempnology acknowledges.[6]

All debtors will have to reassess whether it is reasonable business judgment to reject a contract. The application of non-bankruptcy law and the ability of the counterparty to continue to realize the benefits of the agreement now may tip the scales against rejection. Moreover, if regulatory regimes are implicated, the debtor may not be relieved of its regulatory obligations by merely rejecting the contract. In some instances, compliance with regulatory obligations may prevent the debtor from realizing certain perceived benefits of rejection but may be necessary to protect the public interest under that applicable regulatory regime.

Justice Sotomayor, who filed a concurring opinion, adds important clarity to the Court’s opinion. The Court, she states, has not decided that every trademark licensee has the unfettered right to continue using the licensed marks post-rejection. Courts must consider the facts and circumstances in each case to determine the scope of the licensee’s rights and whether they would survive a breach under applicable non-bankruptcy law. This, she says, remains the “baseline inquiry.”[7]

Until Congress chooses to act, the Tempnology decision means that a rejection of a trademark license or any other executory contract will be treated as a breach of that contract under non-bankruptcy law.

Check out these related webinars, which can be taken for Continuing Legal Education (CLE) credit, or simply for practical and entertaining education for business owners, Accredited Investors, and their legal and financial advisors, The Intersection of Bankruptcy and … Intellectual Property Law, Nuts and Bolts of Trademarks and Intellectual Property – What Every Lawyer & Client Must Understand.

Hugh McDonald focuses his practice on all aspects of restructuring, workouts and bankruptcy and litigation. He has represented secured and unsecured creditors, banks, trustees, bondholders, debtors, creditor committees and acquirers of assets. He is also experienced with asset sales in bankruptcy cases, debtor-in-possession financing, the liquidation of estates and cross-border cases. Hugh has represented parties… 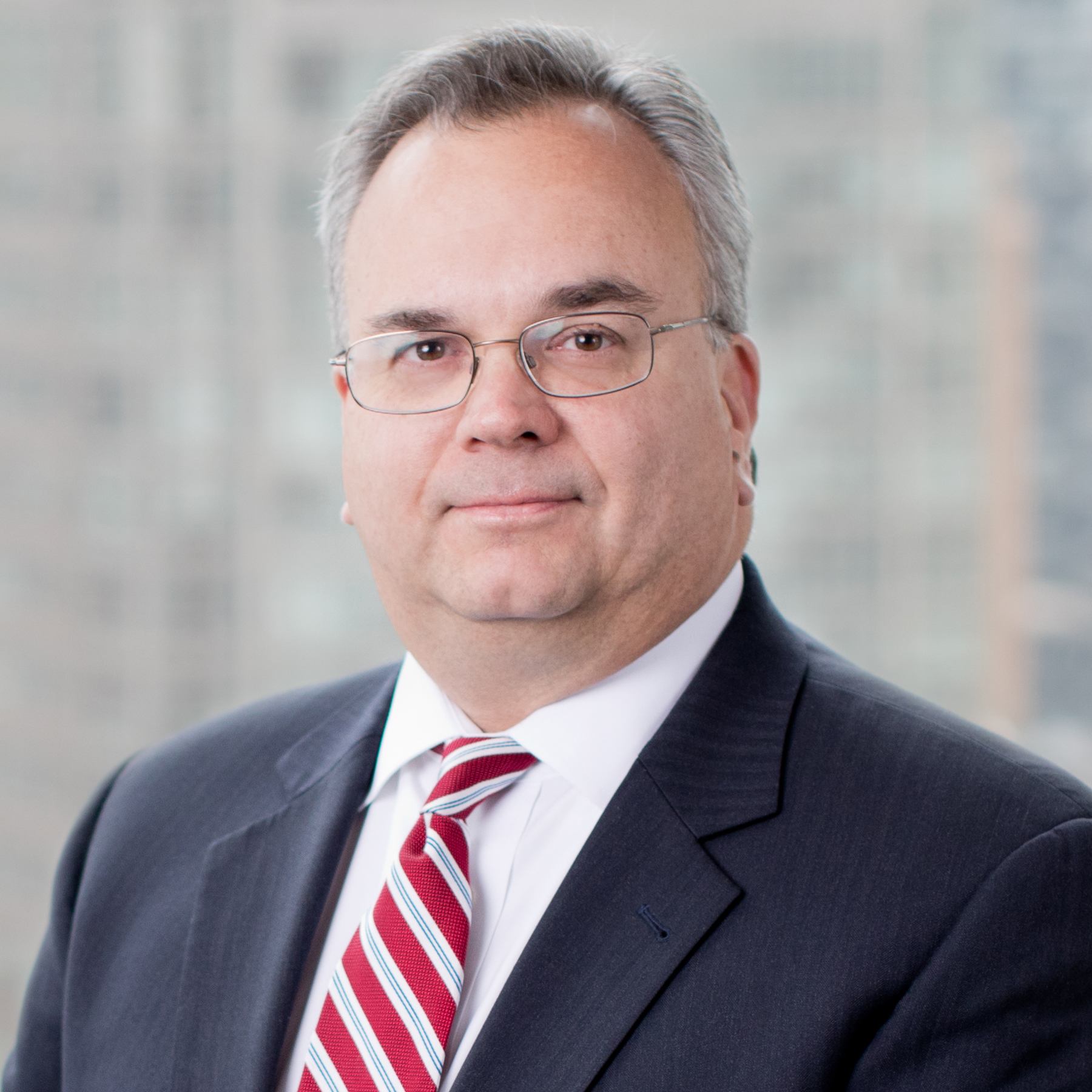 Katherine is an associate in the Financial Restructuring and Insolvency Group. She graduated from the University of Virginia School of Law and received a B.S. in Health Management & Policy from Saint Louis University. Katherine’s practice includes a broad range of matters, including financial restructuring, bankruptcy, distressed mergers and acquisitions, litigation, and workouts.

View all articles by Katherine » 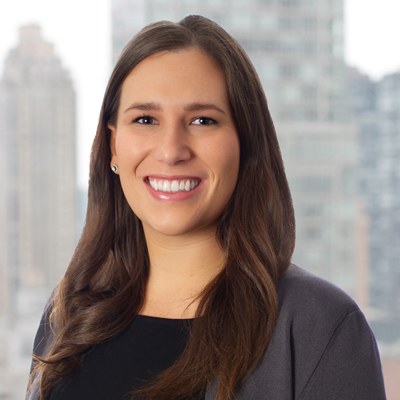 Previous Article JOINT NOTICE OF PUBLIC SALE BY ORDER OF THE SECURED PARTY AND ASSIGNEE FOR THE BENEFIT OF CREDITORS OF MODAGRAFICS, INC. Next Article PUBLIC NOTICE OF REAL ESTATE SALE: Southern Vermont College

90-Second Lesson: Personal Chapter 7 Bankruptcy Petition, Are Single-Member LLC Assets Safe from the Trustee? January 2, 2023
Section 363 Sale: Free and Clear of Claims That Are Backed By Strong Public Policies May 3, 2019
90 Second Lesson: Can my borrower file for bankruptcy just to keep me from foreclosing? April 29, 2019
Advertisements