Third party litigation funding (“TPLF”) is, beyond a doubt, here to stay. In bankruptcy cases, TPLF arises in a number of contexts. First is the TPLF as a pre-petition secured or unsecured creditor—i.e. the TPLF source funded litigation and thereby acquired property rights in litigation proceeds or perhaps otherwise as a result. Second, in a post-petition context, the TPLF source may be sought to finance post-petition litigation for a debtor in possession (“DIP”), trustee or post-confirmation creditors trust. It is a relatively new development in the US, and creates numerous issues which are developing in real time. The focus of this article is the concept of ethical and fiduciary obligation issues that arise from TPLF situations in the bankruptcy context. As these are developing legal and practical situations, this article likely raises more questions than it answers. That said it is still important to consider them.

Love it or hate it, its big business with the potential for huge upside. Whether it’s the savior of underdog litigation for those without resources to protect and prosecute rights and claims, or contingency financing on steroids, it is here to stay as a practical matter, particularly in the bankruptcy arena. See McDonald, “A Rising Tide Lifting Seaworthy Boats In Litigation Finance”, Above The Law (August 15, 2017) (” Litigation finance is growing rapidly and shows no sign of stopping anytime soon.”). Moreover, the issues identified herein, by no means exclusive, represent real time issues and developments in the law, and are presented in no particular order of priority. As publicized by Burford: “The only limits are your imagination!”  See “MagCorp Bankruptcy Trustee On Litigation Finance: “The Only Limits Are Your Imagination'”, Burford Capital Press Release (May 1, 2017).

While TPLF is a relatively new concept in the U.S. (originating in Australia about 10 years or so ago), it is something whose underpinnings are not a new concept—the old English legal principles of “champerty” and “maintenance”.

Before you scramble for your 1968 edition of Black’s Law Dictionary, here’s the gist: “Maintenance” is essentially “generally assisting another in litigating a lawsuit”, and “Champerty” is a form of maintenance, and is maintaining a lawsuit in exchange for a financial interest in settlement or judgment of the suit.

Not being true capitalists, old English law prohibited maintenance/champerty because they encouraged potentially fraudulent/baseless litigation[3]. While such prohibition had its roots in old English common/statutory law, in the US some states still prohibit or materially limit it (e.g. Alabama, Colorado, Kentucky, Mississippi, North Carolina, Minnesota, New York and Pennsylvania ), while others allow it (perhaps with some restrictions) (e.g. Florida, Indiana, Ohio, New Jersey, Tennessee, and Texas)[4]. See Pribisich, “Maintenance, Champerty and Usury: Ethical Issues Of Alternative Litigation Financing”, ABA Presentation (2015). The foregoing notwithstanding, other courts have recognized the social benefit of TPLF. See, e.g. Lawsuit Funding, LLC v. Lessoff, Index No. 650757/2012, 2013 WL 6409971, at *6 (N.Y. Sup. Dec. 9, 2013) (litigation funding “allows lawsuits to be decided on their merits, and not based on which party has deeper pockets or stronger appetite for protracted litigation.”); Hamilton Capital VII, LLC, I v. Khorrami, LLP, No. 650791/2015, 2015 WL 4920281 at *5 (N.Y. Sup. Aug. 17, 2015) (“Modern litigation is expensive, and deep pocketed wrongdoers can deter lawsuits from being filed if a plaintiff has no means of financing her or his case.  Permitting investors to fund firms by lending money secured by the firm’s accounts receivable helps provide victims their day in court.[5]

Combine the high cost of war of attrition litigation (which may have material monetary benefits if won) with financially strapped litigants[6], and new and inventive ways to finance such litigation with its high risks, and high possible economic reward for those willing to do such risky financing, and TPLF arises (and an industry is spawned). And where best to find financially distressed litigants than the bankruptcy arena, where finding financially distressed litigants is as common as finding ill people in a hospital! See, e.g. Frankel, “Litigation Funding In Bankruptcy Should Be In Every Trustee’s Toolkit”, Reuters (March 14, 2017)[7].

In the U.S., before the arrival of TPLF, there were essentially two ways for the financially distressed litigant to prosecute claims—the class action suit where lawyers were paid a sizeable portion of the recovery, or in smaller matters, the straight contingency fee retention agreement. TPLF has added a new way whereby the litigant can prosecute claims where the lawyers are not taking the financial risk. Understandable, lawyers will be keen to utilize this method of financing litigation[8], and clients (who already, by necessity, are giving away part of the recovery as the cost of pursuing a claim they cannot afford to fund) are also willing to explore TPLF.

While there are numerous issues related to bankruptcy realm TPLF, presented for the reader’s consideration is the issue surrounding ethical/fiduciary obligations of lawyers and bankruptcy estates when utilizing TPLF. Specifically, depending upon the nature of the TPLF arrangement, and specifically the issues of control over litigation strategy and related issues (such as settlements, etc.), participants in this brave new world need to be mindful of the ethical and fiduciary duties owed by counsel and estate fiduciaries when working with TPLF sources in bankruptcy litigation. Not surprisingly, some industry groups are calling for increased disclosure of TPLF relationships in litigation[9], while the TPLF industry disseminates numerous articles and related pieces refuting any such need for such additional regulation, scrutiny or oversight.[10]

In a situation where a TPLF is in place pre-filing, and given the possibility of extreme close connection between the TPLF source (access to confidential information, control over the financed litigation, communications with counsel, and similar dynamics), can the TPLF be considered a non-statutory insider  as someone in control of material aspects of the plaintiff? This is certainly a possibility for parties looking to either challenge a lien or claim of a TPLF in bankruptcy cases[11]. It is understandable from the TPLF perspective why such control is needed (to manage the “investment”)—that said, the ethical and legal overlay makes this particular “investment” not the usual cookie cutter deal to be managed.

TPLF is at its core an as yet unconventional DIP financing or post-confirmation exit financing for litigation assets — rather than being secured by tangible assets, it is “secured” by the proceeds of the litigation being financed.[14] Related to the all of these issues, and as underscored by Judge Montali in the Blue Earth situation discussed above, an issue with TPLF on a post-petition basis is who controls the litigation and directs counsel once the TPLF is in place? DIP/Trustees are of course fiduciaries. The terms of certain TPLF agreements give control and discretion to the TPLF (perhaps understandably given the risky nature of the investment in uncertain and costly litigation). Herein lies the issue in that estate fiduciaries can never abandon their fiduciary duties. See, e.g. In re Mushroom Transp. Co., Inc., 247 B.R. 395 (Bankr. ED Pa 2000);Bankruptcy Code§ 327. Because TPLF is a relatively new, unregulated form of post-petition financing in most cases with huge potential costs associated with it, the TPLF’s control over the subsequent funded litigation could be viewed as a delegation of the estate’s fiduciary duties.

Finally, many commentators have noted that TPLF creates potential ethical issues for counsel proposing it to a client, as well as the counsel prosecuting the litigation that is being funded. Who is the “client”, and to whom does the duty lie? See, e.g. Steinitz, “Whose Claim Is It Anyway? Third Party Litigation Financing”, 95 Minn. L. Rev. 1268, 1291-1292 (2011); Decker, “A Litigation Finance Ethics Primer, Above The Law (March 9, 2017) (an article interestingly sponsored by a TPLF, Lake Whillans). See also ABA Report discussed below.

Copyright 2017, Thomas J. Salerno.  All rights reserved. The opinions expressed herein are those of the author.

Thomas Salerno brings thirty-five years' experience to resolving complex issues in commercial corporate restructurings and recapitalizations, advising lenders, distressed companies, committees and acquirers of assets in both out of court restructurings and in bankruptcy cases.

View all articles by Thomas J. » 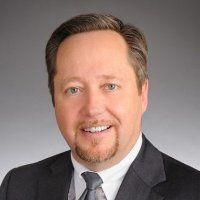