Drafting can easily go awry. When collateral descriptions are drafted errantly in security agreements and financing statements, secured creditors may not get what they bargained for and expensive disputes can bloom.

A financing statement (also known as a UCC-1, in many cases, filed per the rules of the Uniform Commercial Code (“UCC”)) outlines a creditor’s security interest in the debtor, thereby ““perfecting”  it, and endowing the creditor with priority over third-party interests in the collateral.  The language in the filed financing statement determines to what extent and with respect to what collateral a security interest is perfected.

This article discusses errors commonly found in security agreements and financing statements that can undermine the validity or priority of a secured party’s security interest in collateral.

Rules Applicable to the Sufficiency of Collateral Descriptions

With these rules in mind, the following sections explore some common mistakes in drafting collateral descriptions.

The UCC defines 25 types of collateral, some of which are subsets of broader categories, such as accounts, inventory, goods, and general intangibles.[4] Since UCC 9-108 specifically approves of descriptions by collateral type, many collateral descriptions use these terms when possible.

Problems can arise, however, when the categories of collateral are incorrectly identified. It is an easy mistake to make.  This can occur when an item is categorized as a particular type of collateral in one context, but a different type in another context.  For example, automobiles on a dealer’s lot constitute inventory, but if the automobiles are sold, the dealer’s right to payment may be described as an account.

Sometimes the collateral description simply misidentifies the collateral type, such as in Farmers State Bank v. Graham.[5]  In that case, the bank claimed a security interest in the debtor’s breach of contract claim against a third party.  The financing statement, however, listed only accounts receivable, machinery, equipment, and proceeds.  The court held that a breach of contract claim is properly categorized as a “general intangible” rather than an “account receivable,” and accordingly the interest was unperfected, to the detriment of the creditor.

Even under the comparatively forgiving standards for financing statements, a misstated model or serial number can cause a court to conclude that the financing statement is seriously misleading. For example, in In re Pickle Logging, Inc., the court found that a single-digit mistake in transcribing a model number and a single-digit mistake in the serial number rendered the financing statement seriously misleading.[6] In that case, the erroneous numbers appeared to refer to a different model of equipment made by the same manufacturer.  The court held that where the number is inaccurate, there must be additional information to identify the collateral.

Where additional information is provided about the equipment, courts may well forgive small errors in serial numbers, particularly with regard to financing statements.  In Bishop v. Alliance Banking Company the court forgave a three-digit error in a serial number provided in a financing statement, where the financing statement also correctly described the equipment as a “1999 Case Backhoe 580L.”[7]  The court reasoned that sufficient information was provided to identify the collateral with further inquiry, and a searcher could have discovered the mistake by asking the debtor how many backhoes of that model and year he owned, by calling the bank to determine whether the bank claimed any interest in this backhoe, or by calling the manufacturer (who could have told him that the serial number was invalid).

Mistakes can also be relevant in the description of the obligation that is secured.  In In re Duckworth, a mistaken date was fatal to the secured party’s claim.  The security agreement stated that the debtor granted a security interest in crops and farm equipment to secure the indebtedness evidenced by the promissory note of a particular date recited in the security agreement.[8]  The actual date of the note, however, was two days after the recorded date.  The court later found that parol evidence was not admissible to save the faulty security agreement from avoidance by the trustee.

Unnecessary phrases inserted in collateral descriptions can limit the collateral to a narrower scope than the parties intended.  Such phrases may place unintended geographic, temporal, or other limits on the scope of the collateral.

For example, a clause may inadvertently tie the collateral to a particular location.  In In re Sterling United, Inc., the court considered a financing statement that referred to “all assets of the Debtor including, but not limited to, any and all equipment, fixtures, [etc.] . . . and located at or relating to the operation of the premises at [debtor’s business address].”[9] When the debtor moved to another address prior to declaring bankruptcy, the bankruptcy trustee challenged the financing statement as “seriously misleading” and argued that the language relating to the specific business location limited the “all assets” description.  The court described the financing statement as “needlessly convoluted,” because a simple “all assets of the debtor” description would have been sufficient.[10]

Although the court did not find the description to be seriously misleading in that case, such geographically limiting phrases can be so found, and can thus diminish the scope of collateral.  For example, in In re Freeman, the court held that where a debtor moved after the security agreement was executed, a collateral description that referred to “all . . . inventory . . . now or at any time located or installed [at location X]” did not include new inventory at the debtor’s new location.[11]

A clause inadvertently placed a temporal limitation on the scope of the collateral in In re Dickerson as well.[12] There the financing statement referred to “all accounts receivable of the assignor including . . .  future accounts which shall come into existence during the term of the obligation which this assignment secures.”[13] (Emphasis added.) The court held that the latter phrase temporally limited the security interest, and that the bank did not hold a perfected interest in accounts that came into existence after the term ended for the specific obligation referenced in the description.

Extra phrases in collateral descriptions can impose limitations that the parties did not intend.  In In re Straight, the security agreement referred to “[a]ll accounts . . . arising out of a sale, lease or other disposition of any of the property described [herein].”[14]  Although the secured party offered parol evidence that the parties intended to include a particularaccount receivable from a third party for services performed, the court refused to admit such evidence and held the security interest did not extend to accounts arising from sources other than the disposition of the described property.

Collateral descriptions often include an after-acquired property clause to include within the scope of the collateral certain property that was not in the debtor’s possession when the security agreement was executed but which may come into the debtor’s possession afterward. Examples of such clauses include phrases such as “now owned or hereafter acquired,” or “now existing or hereafter arising.” Failure to include such a clause in a security agreement can result in a ruling that the security interest did not include such after-acquired property of the debtor.

In interpreting such contracts, some courts have found that the parties implicitly intended to include after-acquired property where a security interest was granted in categories of collateral that turn over so regularly that coverage of after-acquired property may be implied, such as the inventory and accounts mentioned above. For example, a court held that where a security agreement described the collateral as “accounts receivable,” such description implicitly included after-acquired accounts receivable.  The court reasoned that due to the revolving nature of receivables in most businesses, such interpretation was commercially reasonable.[15]

Even for these types of collateral, however, such a holding is not guaranteed. In In re Nightway Transp. Co., the court refused to recognize a lien in after-acquired accounts receivable where the debtor’s business did not involve rapid turnover of receivables (and, in fact, had no accounts receivable at the time the security agreement was executed).[16] Accordingly, a collateral description that does not contain an after-acquired property clause could be interpreted to exclude property that the debtor acquires after the security agreement is executed, even property such as inventory and accounts that often turn over rapidly.

For financing statements, Official Comment 2 to 9-502 states that such a clause is not required to perfect an interest in after-acquired property of the type indicated, but prudent practitioners continue to include such clauses in financing statements.

Collateral can change after the debtor executes a security agreement, such as when the debtor installs new options or accessories on equipment. If the collateral description does not include a reference to “accessions,” such additions may be found not to fall within the scope of the security interest.

More often, the collateral changes from one category to another (such as where inventory is sold and is thereby converted into money or accounts receivable) or the debtor sells the collateral (even where such a sale is not authorized).  When a debtor disposes of collateral, any money, property, or other rights received by the debtor constitute “proceeds.”[17]

Further, an interest in proceeds may be perfected only for a limited time.  If collateral is likely to change forms, perfection of the security interest may expire unless the collateral description includes later forms of the collateral (such as “accounts receivable” resulting from inventory sales) as original collateral.

Mistake #6:  Inconsistency between the Security Agreement and the Financing Statement

There are two principle ways inconsistencies can exist between the security agreement and the financing statement:

The second principle is illustrated in In re Martin Grinding & Machine Works, Inc.[20]  In that case, the security agreement inadvertently omitted inventory and accounts receivable from the collateral description.  Although those two types of collateral were included in the financing statement, the court held that the secured party did not have a security interest in the inventory and accounts because of their omission from the security agreement.

Jennifer L. Howard is an attorney at Baker Donelson where she represents banks, captive finance companies and other financial institutions in connection with project finance, equipment leasing and equipment finance transactions.transactions.

View all articles by Jennifer » 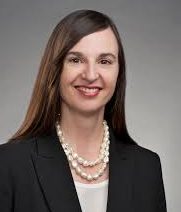 When Your Borrower Files for Bankruptcy (DIP Financing, Cash Collateral, and Adequate Protection)

Previous Article Reclamation of Reclamation Claims by the Delaware Bankruptcy Court in Reichhold Holdings Next Article Corporate Restructuring 2017: Why Some Attorneys See Rising Rates, but Most Don’t