The appointment of independent directors may benefit a financially distressed business throughout its restructuring process, including during a bankruptcy case.

An independent director can be conceived of as having no direct or indirect connection to the business, including not being an employee, owner, or other insider of the business and not deriving any income from her position beyond customary director fees. However, what is or is not “independence” is largely context-driven and defined differently on a case-by-case basis. For example, according to NASDAQ listing rules, an independent director is a person “other than an Executive Officer or employee of the Company or any other individual having a relationship which, in the opinion of the Company’s board of directors, would interfere with the exercise of independent judgment in carrying out the responsibilities of a director.”

In a restructuring company, independent directors are often appointed to small groups known as “special committees” to help the company navigate the restructuring process, monitor current insider management, and make tough decisions that can survive creditor charges of bias. Special committees can conduct investigations of alleged fraud and review other potential causes of action against a company or its insider directors and, in turn, recommend whether litigation should be pursued on behalf of the company in those regards. In conducting such investigations, special committees take on a role similar to that of a bankruptcy examiner or chapter 11 trustee. Thus a company might use independent directors and special directors before filing a bankruptcy case in order to avert the appointment of an examiner or chapter 11 trustee within the bankruptcy case.

More generally, by appointing independent directors for the purpose of scrutinizing management’s conduct, a company may head off accusations that it acted with a conflict of interest between its decision-makers and its shareholders. An independent director or special committee can also help demonstrate a seller-company’s neutrality in the context of an asset sale, which may be put into question especially where insiders will bid on company assets. That disinterested independent directors oversee the sale process is a major factor courts consider in evaluating the fairness of a sale transaction.

In re Edison Mission Energy, Case no. 12-49219, (Bankr. N.D. Ill.) provided a further  example of a court’s deference to the decisions of independent directors. The Debtor, Edison, hired two experienced restructuring professionals to serve as independent directors for its investigation and compensation committee. The unsecured creditors’ committee asserted that Edison’s management was purposely draining the subsidiary of all its value for the benefit of its parent company. Nevertheless, the independent directors supported payment of executive compensation and bonuses for Edison’s inside management and $7.5 million in bonuses were paid to key employees. One of the independent directors testified that the insider employees would be rewarded only for “extraordinary” contributions to the closing of a sale that would benefit creditors and that people wouldn’t be paid “’for just sitting around and surfing the internet. . . .’”[1] Over the U.S. Trustee’s objection (that the Bankruptcy Code disfavors such bonuses and the benchmarks for entitlement for bonuses in this plan were vague and subjective), the court agreed with the independent directors and approved the payments as appropriate incentive payments under the Bankruptcy Code, finding that: “[t]his is an incentive-for-performance plan” and “[t]he purpose is to increase stakeholder value.”[2]

The Edison ruling demonstrates that Courts are willing to give substantial deference to the judgment and decisions of independent directors. Distressed companies, in general, should strongly consider bringing in an independent director when faced with a workout, restructuring, or possible bankruptcy. 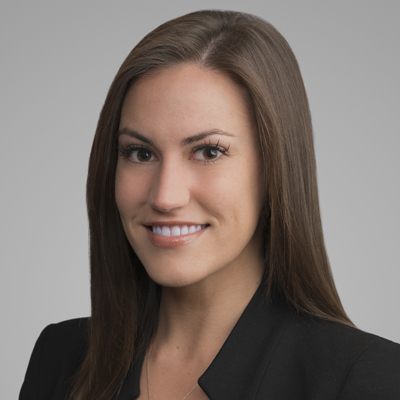 File Early and Often: Filing and Amending Claims in a Bankruptcy Case

Previous Article JOINT NOTICE OF PUBLIC SALE: Howard B. Samuels as Assignee for the benefit of Creditors of Z Bakery, LLC, Announces Public Auction Sale of All the Assets of Z Bakery, LLC Next Article PUBLIC NOTICE OF SALE BY AUCTION: The Debtors in the chapter 11 cases of Emerald Oil, Inc. and its affiliates Announce the Public Sale of All the Assets of the Debtors, primarily an oil and gas exploration company. Bid deadline: August 26, 2016; Auction: September 20, 2016

Determining the Collateral Value of a Secured Claim November 26, 2019
Healthcare Restructurings: An Overview of Important Issues in Healthcare Bankruptcy Proceedings September 5, 2017
When Are Goods “Received by the Debtor” for a Section 503(b)(9) Claim? August 8, 2017
Chapter 15 Bankruptcy: A Concise Overview July 10, 2017