A recent decision by the Seventh Circuit Court of Appeals will make it much more difficult for debtors to get a bankruptcy discharge when they have lied or failed to give required information during a prior post-judgment collection proceeding. The opinion, cited as In re Marcus-Rehtmeyer, No. 14-1891 (7th Cir. Apr. 28, 2015) should enhance collections because it shows creditors who have already obtained a judgment how to use “citations” proceedings to prevent a judgment debtor from getting that debt discharged in a chapter 7 filing.

Picture this: you are a banker chasing a $30 million deficiency judgment against an artful dodger of a borrower. Your attorney issues a citation to the borrowers’ banks to discover assets (thus freezing her accounts), and also to the borrower, “requesting” that the borrower produce her financial records (real property, personal property, accounts, income, etc.) and to testify as to her income and assets. The borrower fails to provide documents of her income and other assets, then testifies falsely about and malingers regarding what real property and securities she owns and how much money she makes.

Your attorney moves to compel production and the court issues an order, but the judgment debtor fails to comply. When push comes to shove, she files a chapter 7 bankruptcy case. Her sworn filings at the outset of the bankruptcy case (her “schedules” and “statement of financial affairs”) constitute evidence about her assets that contradicts her testimony and non-disclosures from the citation proceedings. Your lawyer objects to her discharge by pointing out these contradictions (done via a lawsuit within the bankruptcy case), alleging that the debtor concealed assets with the intent to defraud a creditor (you), per section 727(a)(2)(A) of the Bankruptcy Code.

Can you win summary judgment (on motion, without a trial) by showing that she testified falsely at point A and that the falsehood was revealed at Point B? Given the decisive nature of the remedy sought (denial of bankruptcy discharge) and the difficulties in ascertaining subjective fraudulent intent, most bankruptcy courts find the issue unsuitable for summary disposition, and will deny summary judgment in order to hear a debtor’s testimony and observe her demeanor before making any finding concerning her intent.

Not any more in the Seventh Circuit, or at least not as reliably. In Marcus-Rehtmeyer, the Court explained that evidence of a borrower’s concealment of asset information from a judgment creditor in citation proceedings in state court – without more — can suffice to show the debtor’s fraudulent intent and deny the debtor’s discharge per section 727(a)(2)(A) of the Bankruptcy Code. The Seventh Circuit reversed the credibility findings of the trial court as “clear error” on the basis of documentary record of borrower’s concealment during the citation proceedings.

This ruling strengthens the judgment creditor’s hand in state court citation proceedings. The judgment creditor should ask every question and request every document pertaining to the assets and income of the judgment debtor, aware that its documentation of each falsehood and failure to produce can be brought to bear against that debtor’s bankruptcy discharge, should the debtor subsequently file for bankruptcy protection. Such deceptiveness constitutes concealment with the intent to defraud, even if the debtor fesses up to the truth in the bankruptcy case. The Marcus-Rehtmeyer opinion strongly implies that the summary judgment phase is an applicable context for judicial resolution of such a debtor’s intent to defraud.

. . . adapted from You Want the Truth? A Judgment Debtor’s Lies to a Judgment Creditor May Deprive Her of a Discharge in Her Later Bankruptcy Case, by Mark A. Silverman and Christopher M. Cahill, a Lowis & Gellen, LLP Client Alert.

About Mark A. Silverman 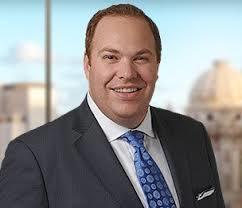 90 Second Lesson: If I File a Chapter 7 Bankruptcy, Are the Assets of My Single-Member LLC Safe From the Trustee?

Ponzi Scheme Lender May Be On The Hook, After All!

Dealing With Distress For Fun & Profit – Installment #3 – The Bankruptcy Code

Bankruptcy Considerations in a Collections Action