Do’s and Don’ts of Gifting in Bankruptcy: When a Court Will Look a Gift Horse in the Mouth 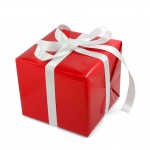 The gifting doctrine in bankruptcy is not new and often is used to obtain creditor consensus to a debtor’s proposed exit – either through a chapter 11 plan or a 363 sale. A bankruptcy “gift” typically involves a structurally senior class voluntarily giving some of its property or distribution to a structurally junior class of creditors or equity holders. Bankruptcy courts across the nation have reached differing and, at times, seemingly inconsistent decisions regarding the gifting doctrine. Some courts view gifting as a voluntary arrangement between the senior creditors giving their property to junior creditors. Other courts have refused to approve gifting on grounds that the class-skipping transfer involves property of the debtor’s estate and achieves an end-run around the Bankruptcy Code’s distribution scheme and/or confirmation standards (e.g., the absolute priority rule). Gifting in bankruptcy approaches can be broken to key categories:

Gifting Doctrine Under a Plan of Reorganization

Bankruptcy courts that have analyzed the gifting doctrine in the plan context have been guided in large part by several factors. First, does the gift involve property of the estate? Second, is the gift being made “under a plan” and, if so, is the gift “on account of” a junior interest? Third, is any creditor being harmed by the proposed gift? In 2011, the U.S. Court of Appeals for the Second Circuit in DBSD North America circumscribed a debtor’s use of gifting in chapter 11 plans.[1] In DBSD, the Second Circuit denied confirmation of a chapter 11 plan that provided for a gift by a senior noteholder class to existing equity class, thereby skipping an intermediate dissenting class of creditors in which an unsecured creditor – the plan objectant – was classified. The Second Circuit’s decision in DBSD was premised on the fact that the proposed gifting was to occur under a chapter 11 plan, and the recipient of the gift (i.e. existing equity) was receiving the gift on account of its equity interest in violation of the absolute property rule embodied in the Bankruptcy Code.[2] The Second Circuit in DBSD left open the possibility that the Bankruptcy Code may allow gifting outside a plan.[3]

Proposals for Reform of Chapter 11

n December 2014, the American Bankruptcy Institute Commission to Study the Reform of Chapter 11 proposed amendments that, if enacted, will make it more difficult to obtain approval of 363 sale carve-out or class-skipping transfer under a plan. Specifically, the ABI Commission proposes amendments to the confirmation provisions of the Bankruptcy Code to expressly prohibit senior creditors from making class-skipping transfers to junior creditors or interest holders under a chapter 11 plan if such transfers would violate the absolute priority rule provisions of the Bankruptcy Code.[13] Additionally, the ABI Commission proposes to require that any 363 sale provide for an amount sufficient to pay all priority creditors in full, thereby guarding against a structured dismissal of an insolvent estate.[14] Lender reaction to the proposed reform has been less than favorable. [15]

Key Takeaways from Caselaw on Gifting

Allowing senior creditors to gift their own property to junior creditors can resolve objections to a sale or confirmation, facilitate the debtor’s reorganization and disperse value to those creditors lower down in the debtor’s capital structure. Despite these positive attributes, the future of gifting does appear to be uncertain. For the time being, however, prudent secured creditors and debtors should proceed with caution when seeking to implement an exit strategy involving a gift. The caselaw has left some doors open to enable creative lawyering and the continued viability of the gifting doctrine. Consider the following points when formulating an exit involving gifting either under or outside of a plan:

About Theresa A. Driscoll

Theresa A. Driscoll concentrates her practice in the representation of corporate debtors, lenders, trustees and unsecured creditors in all aspects of financial restructuring including workouts, chapter 11 cases and bankruptcy litigation.

View all articles by Theresa A. »

90 Second Lesson: Why Would a Debtor Choose to Liquidate Under Chapter 11?

LLC Membership Interests in Chapter 11 – Can They be Sold Over Other Members’ Objections?

Section 363 Sale: Free and Clear of Claims That Are Backed By Strong Public Policies

Not Necessarily Free and Clear I: Purchasing Real Estate Property in a Section 363 Sale

90 Second Lesson: To Stalk or Not to Stalk? Why be a Stalking Horse Bidder?

Published on February 21, 2020 • By Michelle Gershfeld

Published on February 20, 2020 • By Michelle Gershfeld

Real Estate Due Diligence: A Simple Guide for Investment Properties