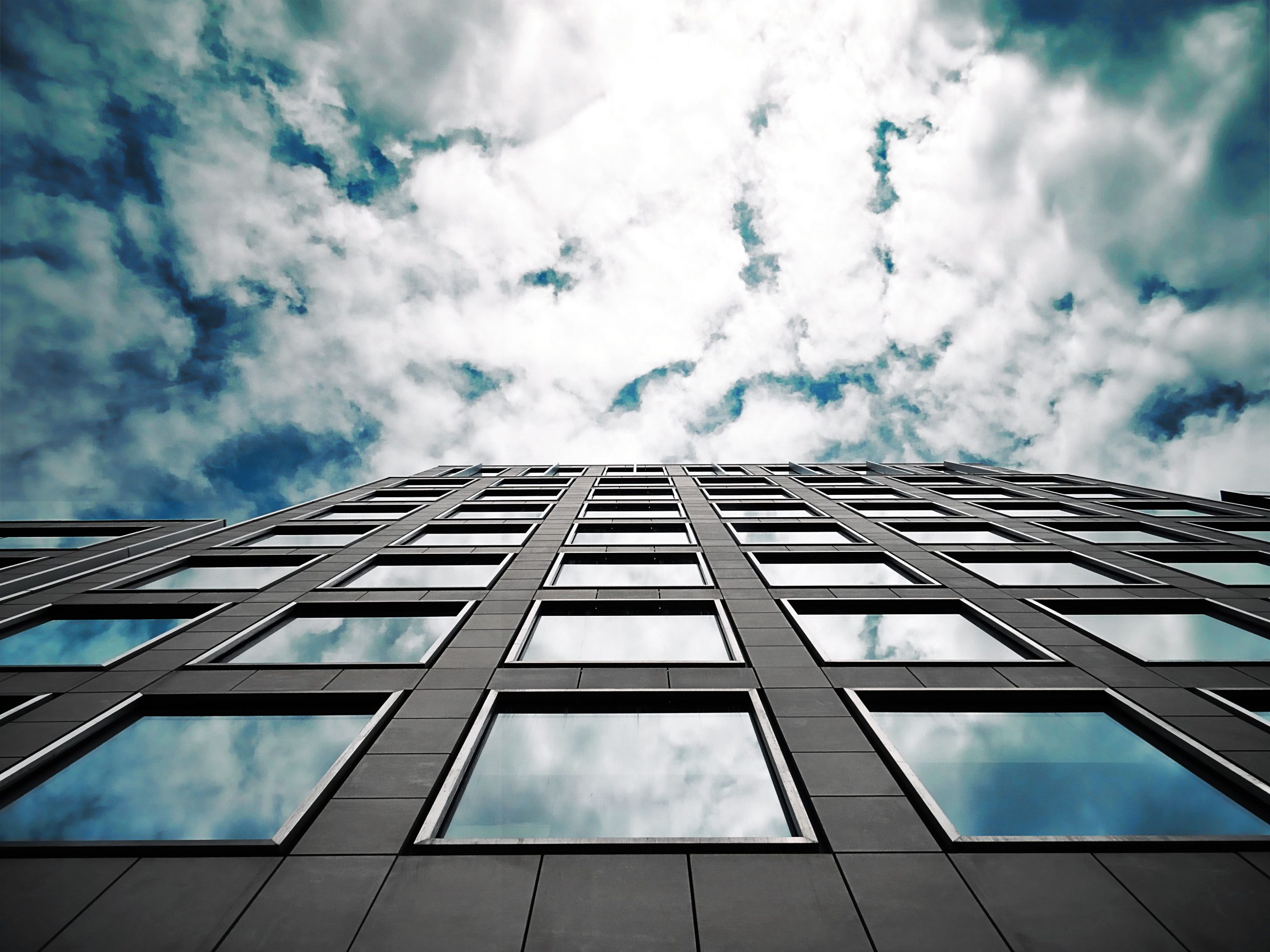 The notion that any lender would be willing to make a loan to a company in bankruptcy may seem quixotic to the uninitiated. Thanks to the protections of Bankruptcy Code § 364, however, such loans are not only viable, they can also be profitable. In this Installment, we discuss the structures governing a debtor’s ability to obtain postpetition credit under § 364, and its use of cash under § 363 while operating in bankruptcy.

As a means of incentivizing lenders to make loans to companies in bankruptcy and for trade vendors to continue doing business with the debtor postpetition, Bankruptcy Code § 364, titled “obtaining credit,” sets forth specific, specialized protections for lenders and other creditors advancing credit to a debtor postpetition, on both unsecured and secured bases. Section 364 sets forth four means by which a party extending credit to a debtor postpetition may be granted special protection for doing so. Each one offers increasing protections to those extending postpetition loans and other credit presuming the necessary criteria (which become more onerous as the protections increase) are present before a court will approve them. These four scenarios and their corresponding levels of protection are:

The Bankruptcy Code authorizes chapter 11 debtors to remain in possession of their assets and operate their businesses in the ordinary course, but this authority does not cure all ills. Many chapter 11 debtors will need DIP financing to fund postpetition operations, and those that can live on the cash coming in the door from ordinary operations likely pledged that cash as collateral to one or more lenders prepetition, who can block the debtor’s access to cash and cash equivalents (“cash collateral”) if they are unwilling to agree to allow the debtor to use their cash collateral, or if the debtor cannot provide sufficient adequate protection (as defined by Bankruptcy Code § 361) in exchange for the use of such cash collateral.

As a matter of additional practicality, even where the debtor and its lender dispute the debtor’s ability to use cash collateral postpetition, these disputes are often resolved quickly under the terms of a negotiated cash collateral order. This is because interests are generally aligned at the outset of a chapter 11 case. Access to cash is a clear means of preserving the going concern value of a debtor’s business—an outcome from which all parties are likely to benefit. Additionally, bankruptcy courts are loathe to shut a case down in its first days and will typically allow a debtor to use cash collateral on at least some basis.

Finally, a lender willing to negotiate with the debtor regarding the terms of an agreed cash collateral order has the opportunity to enhance its position within the case by incorporating terms favorable to it in the order. This point dovetails well with the fact that prepetition lenders often serve as postpetition DIP lender, protecting their prepetition interests from potential priming liens, and potentially enhancing their collateral pool at the same time.

Motions seeking authority to use cash collateral and obtain DIP financing are one of the most common first day motions a debtor will file, usually seeking an expedited hearing on these motions. Cash collateral and DIP financing motions are frequently presented under a single combined motion, because DIP lenders are often the debtor’s prepetition senior secured lender.

Cash collateral and DIP financing motions are typically accompanied by lengthy orders approving the terms of the DIP loan and setting for the parameters for the debtor’s use of cash and various rights of the parties involved. The orders themselves typically include important exhibits as well, including a budget (usually a 13-week cash flow model) showing the sources and uses of cash the debtor will have during the case, and its projected cash flow during the budget period.

Authority to use cash collateral or obtain DIP financing is often sought on an emergency or expedited basis (usually within a couple of days after the chapter 11 is filed, and in extreme cases, moments after such motions have been filed), to facilitate the debtor’s transition into chapter 11 and ensure the value of the debtor’s estate is preserved.

Practically speaking, therefore, parties (primarily the bankruptcy judge and the US Trustee) may not have enough time to thoroughly read and digest the relief sought by the debtor under these motions. The court or the US Trustee may also express concern that creditors (or a creditors’ committee yet to be appointed) have not had an opportunity to thoroughly review these documents either, and their rights in the case may be directly impacted if the court enters any order granting such relief.

Bankruptcy Rule 4001 thankfully addresses these concerns, by explicitly prohibiting a bankruptcy court from entering final orders allowing the debtor to obtain a DIP loan or use cash collateral within the first 14 days of a bankruptcy case. Coupled with this prohibition, however, is an allowance for the court to grant the debtor interim relief at an interim hearing, which may be held within the first 14 days of the case. Additionally, many courts have local rules complementary to Bankruptcy Rule 4001 governing the form of cash collateral and DIP financing motions, and requiring that the debtor flag specific, potentially controversial terms the debtor may have agreed to with its lender. Local Rule 4001-2 of the Delaware Bankruptcy Court’s local rules provides a good example of these requirements.

From a mechanical perspective, cash collateral and DIP financing motions (along with many other first day motions) often proceed as follows:

Beyond the mechanics of confirming cash collateral or DIP financing motions, debtors can (and should) be prepared to negotiate the substance of these motions with prepetition lenders by doing diligence on their prepetition loan documents and the security interests of senior secured lenders. By doing so, debtors may uncover important facts and legal issues, like a lender’s failure to properly perfect its prepetition liens, giving the debtor greater leverage in the negotiation process, and potentially resulting in better cash collateral or DIP financing terms than the lender would otherwise be inclined to agree to. And as part of their own diligence, lenders may require that a liquidation valuation of their collateral be performed (whether pre- or postpetition) to understand their downside risk in the event of a failed reorganization that results in a liquidation of the debtor and its assets. The liquidation value of a lender’s collateral may weigh heavily in the lender’s willingness to serve as a DIP lender or give the debtor access to cash postpetition.

The authors are corporate restructuring and insolvency attorneys with Much Shelist, P.C. and Levenfeld Pearlstein, LLP. Read more about in their bios below.

Understanding all this stuff in the context of bankruptcy is important, but not every distressed company winds up in bankruptcy. So, you also need to understand how it works outside of bankruptcy.

Jonathan Friedland is an attorney at Much Shelist. He is ranked AV® Preeminent™ by Martindale.com, has been repeatedly recognized as a “SuperLawyer”, by Leading Lawyers Magazine, is rated 10/10 by AVVO, and has received numerous other accolades. He has been profiled, interviewed, and/or quoted in publications such as Buyouts Magazine; Smart Business Magazine; The M&A…

Rob is a principal at Much Shelist and has more than three decades of experience counseling financial institutions and debtors in all areas of creditors’ rights, bankruptcy, and financing matters. He brings a wealth of experience to clients in need of representation in bankruptcy proceedings, commercial foreclosures, bankruptcy litigation, out-of-court workouts, and the acquisition and… 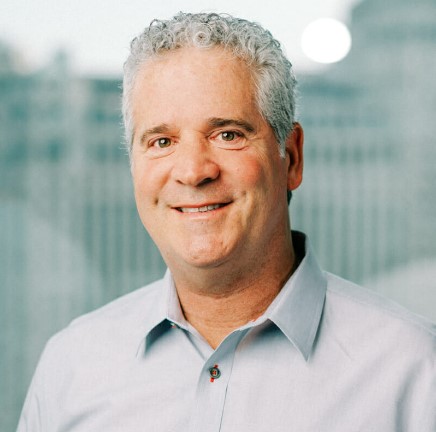 Can Regenerative Agriculture Fix the US Food System?

Published on November 21, 2022 • By The Financial Poise Editors

Published on November 18, 2022 • By The Financial Poise Editors

Published on November 17, 2022 • By Dan Pelland
View All Articles on Financial Poise